January twenty-fifth: The Foundation of a Charism 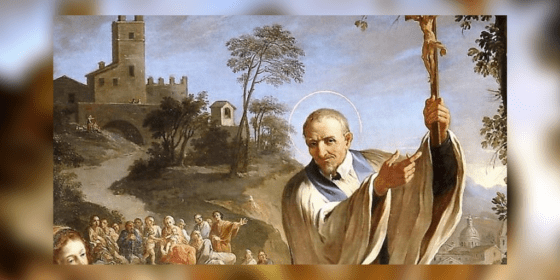 Like all believers, Vincent de Paul reflected on his life from the perspective of Divine Providence. One of the situations that bears witness to that reality is recounted on five different occasions … the account of the beginning of the Congregation of the Mission in which, through the description of different details, we are told that God was the true author and inspiration of said humble institute.

The theological-spiritual reflection (from the perspective of life’s events) that Vincent de Paul engaged in provided him with a framework for pastoral ministry … a ministry dedicated to the integral empowerment of the poor country people of France. In time, that ministry would be perpetuated by four large “secular” institutions that would adopt as their leitmotiv: the following of Christ, the evangelizer of the poor.  From there, Vincent de Paul and Louise de Marillac placed their trust in the members of the Confraternities of Charity, the Congregation of the Mission, the Ladies of Charity and the Company of the Daughters of Charity to attend to the needs of the poorest of the poor: the peasants, the galley slaves, the foundlings, the elderly, the soldiers, and the war refugees.

The collaboration, that was present at the time of their foundation, became diminished with the passing of time. Soon, the Vincentian Family became known as the “Double Family”, that is, the members of the Congregation of the Mission and the Company of the Daughters of Charity.  Now, thanks to the inspiration of the Second Vatican Council and an ecclesiology of communion and co-responsibility among all the members of the Church, the members of the Vincentian Family are all those men and women (members of Societies of Apostolic Life, of Institutes of Consecrated Life, of movements, associations, organizations and groups) who directly or indirectly, extend through time the Vincentian charism. The branches of this network were either founded directly by Saint Vincent de Paul or regard him as their source of inspiration and dedication to the service of the poor.

Thus, the feast of the conversation of Saint Paul, traditionally dedicated to the foundation of the Congregation of the Mission, is an opportunity for encounter, reflection and prayer with the other members of the Vincentian Family, an opportunity to give thanks to God for our missionary vocation, an opportunity to ask forgiveness for the times we have not lived in accords with the demands of our missionary vocation and an opportunity to ask God for the grace to correct ourselves and to carry out better and better the ministries in which we are engaged (CCD:XI:164). As members of the Congregation of the Mission, we must understand that without the other branches of the Vincentian Family, we would be left helpless and we would not be coherent with the origins of our apostolic ministry.

In all of this, we note how a person’s experience is extended to a whole community of believers … to countless men and women who decided to dedicate their lives to solving the social problems of seventeenth-century France. Undoubtedly, that was, and continues to be, the fruit of the Holy Spirit who encourages us to live together as one and to work together from the Trinitarian perspective that makes us a “family” and brings us together as a humble but true ecclesial family that emerges from the missionary-charitable experience of two giants of charity.

Therefore, on January 25 we celebrate, not only the foundation of a congregation, but, above all, the beginning of a charism embodied today in the “Vincentian Family”.

3 The Ladies of Charity were distinct from the Charities that had existed from 1617. The Ladies were composed of women from the Noble class of French society who made financial contributions to many of the works that Vincent and Louise developed with the assistance of the Daughters of Charity and the members of the Congregation of the Mission. Cf. S. Azcárte, “La sangre azul de la caridad: las Cofradias de la Caridad de Paris”, in JM. Sánchez Mallo (ed), Vicente de Paúl. Un gran innovador; XXXVII Semana de Estudios Vicencianos, Salamanca 2013, p. 357-403