The World Indigenous Youth Gathering. “Remember the past in order to build the future courageously” 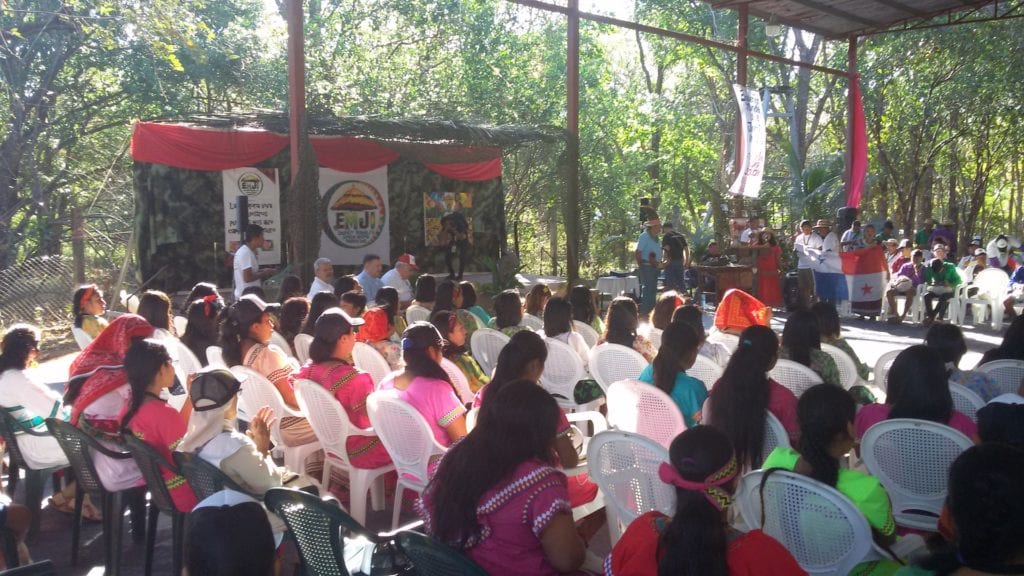 From January 17-21, 2910, prior to the celebration of World Youth Day, a gathering of young indigenous men and women took place in the community of Soloy, a part of the Ngäbe Buglé reservation in Panama.

The participants in this gathering included representatives from 40 indigenous groups who reside in twelve different countries. The objective of this meeting was to encounter Christ and to dialogue about themes that impact young men and women today, especially young indigenous men and women.

The gathering had as its theme: remember the past in order to build the future courageously and was led by Joseph Fitzgerald, CM (Executive Secretary of the Indigenous Ministry in Panama). It was a special grace to be able to participate in this gathering and to share with those young women and men. Even though we did not speak the same language, it was a true “Pentecost” because our communication was facilitated by love and by the moving witness talks … all of which strengthened our bonds of unity and enabled us to come to a deeper understanding and appreciation of the various indigenous cultures. In the final document that was elaborated during this gathering, the young men and women several addressed several important themes: the importance of remembering their history, the importance of living in harmony with mother earth, the importance of being protagonists of a better world. These themes also reflect the hopes of the young men and women.

All of this took place in an environment of communion and there was the opportunity for formation, prayer, recreation, encounter with the environment and a sharing of experiences.

The Daughters of the Hogar de la Medalla Milagrosa felt that the majority of the people from this area would benefit from this gathering and took the initiative to take a group of young indigenous men and women who reside in the Hogar to this gathering. There they were able to dialogue with their brother and sisters and talk about their customs and traditions and culture … they seemed to enjoy this experience and their faces radiated the joy that resulted from being together with other young men and women who shared their struggle.

This gathering was blessed by the presence of José Luis Cardinal Lacunza (the Diocese of David) and Father Stephen Grozio, CM (Visitor of the Eastern Province of the United States) … and further blessed when Pope Francis sent a message to the participants in which he stated: Take charge of your roots, because from the roots comes the strength that will make you grow, flourish and bear fruit (Pope Francis, Message to the participants in the World Indigenous Youth Gathering, Soloy-Panama, 17-21 January 2019).

During their time together, these young men and women shared “their hopes and dream as well as their pain and their suffering” … all of which revolved around the numerous violations inflicted on their people as a result of the invasions and exploitation that have marked the history of these peoples.

The participants were exhorted to protect Mother Earth so that all people might have life and might so that they might be able to offer a brighter future to the next generation (we are all interconnected and what is done in one part of the world has consequences for people living in other parts of the world).

During these days together, trees were planted in various regions and the young men and women  were able to put on display and sell artifacts that represented their culture. In the evenings there was singing and dancing (the official hymn of World Youth Day was translated into their native language and then interpreted with instruments and dance).

This gathering of young indigenous men and women was concluded with the celebration of the Eucharist that was presided by Cardinal Lacuzna and concelebrated by the priests who accompanied the various delegations of indigenous young people. Then the participants traveled to Panama City in order to participate in the celebration of World Youth Day.

We thank God for this initiative of Father Joseph Fitzgeral, CM who was inspired by the Holy Spirit during his participation in the celebration of World Youth Day in Poland.  We also express our gratitude to all the different people, institutions and organization that were involved in organizing and planning this event … we thank them for the attention that they offered to all the participants and for the security that they provided to our visitors.