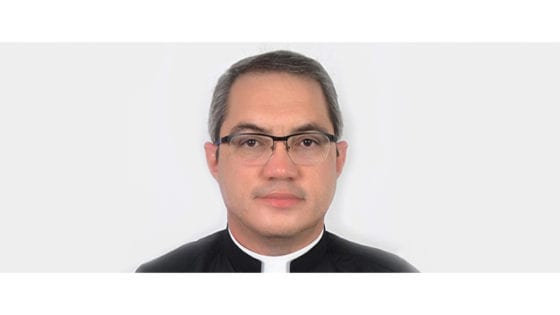 The Apostolic Nunciature in Brazil announced on Wednesday morning Pope Francis decision to appoint Father Evaldo Carvalho dos Santos, C.M. for the vacant diocese of Viana, in the state of Maranhão, northeastern Brazil. Currently Fr. Evaldo is pastor of Saint Anthony Parish in Quixeramobim, diocese of Quixadá, in the northeastern state of Ceará. This announcement was published in the L’Osservatore Romano in Rome today, February 20, 2019.

Father Evaldo Carvalho dos Santos was born on March 9, 1969 in Fortaleza, Ceará. He entered Congregation of the Mission in the Brazilian Province of Fortaleza on January 10, 1993; pronounced vows on September 27, 1995 and was ordained priest on January 10, 1998.
He studied philosophy (1991-1994) and theology at the Instituto de Pastoral Regional in Belém do Pará (1995-1999). He continued his studies at the University of Amazonia the State University of Ceará, specializing in social services, public policy and social rights.

His priestly ministry included: vicar in the parish of Saint Joseph in Tucuruí, diocese of Cametá (1998); missionary in the Itaituba Mission, in the prelature of the same name (1999); pastor of Saints Peter and Paul parish, and formator in the Vincentian Seminary (Philosophy) in Fortaleza (2000-2002); director of the seminary of the Province of Fortaleza (preparatory, philosophy and theology); rector of the Vincentian Theological Seminary in Belém do Pará (2003-2009); Miembro del Directorio de la Conferencia de Religiosos de Brasil (CRB) – Núcleo Fortaleza, de 2000 a 2003; vicar of Our Lady of Remedies parish in Fortaleza (2010); Provincial Assistant of the CM Province of Fortaleza (2007-2010) and then Visitor of the same province (2010-2016); pastor of Saints Peter and Paul parish in Fortaleza (2009, 2016 – 2018); pastor of Saint Anthony parish in Quixeramobim (2018 – 2019) and Vicar Foral of the Forania II, in the diocese of Quixadá (2018-2019).

He was also a member of the Directorate of the CRB – Conference of the Religious of Brazil (2002-2003) and member of the Coordination of Social Pastorals of the archdiocese of Fortaleza (2009-2010).