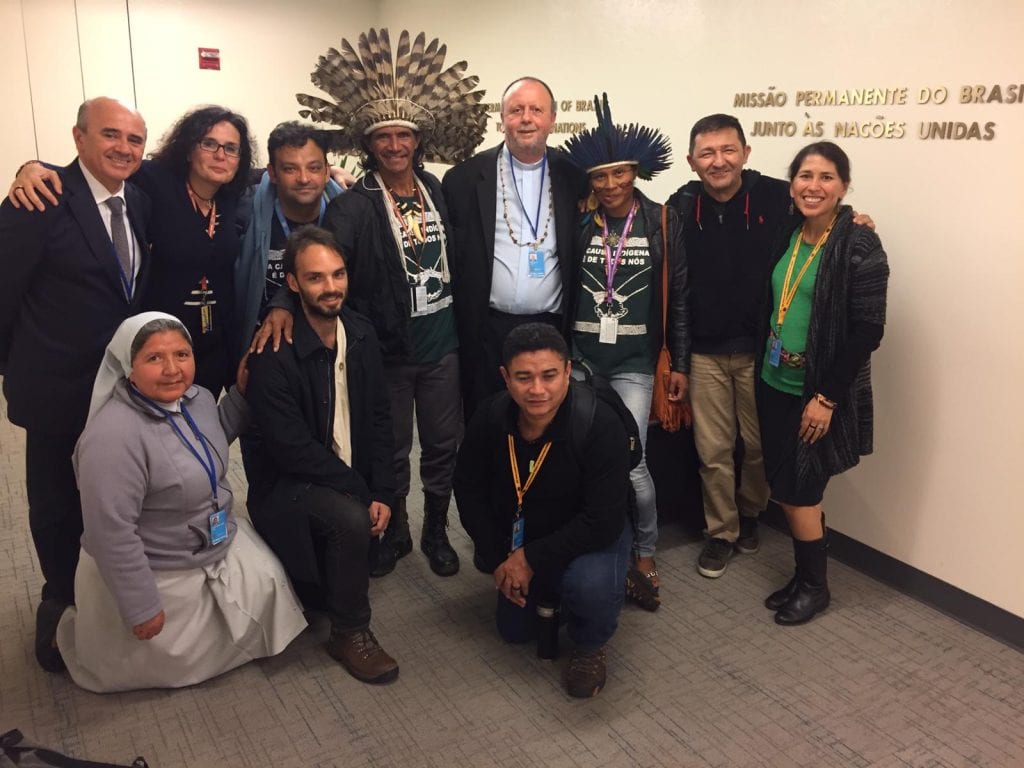 Pope Francis has said that Amazonian peoples are often forgotten and left without the prospect of a peaceful future because of the crisis in the Amazon forest. That crisis includes such issues as poaching on indigenous lands, pollution, the effects of hydroelectric dams and oil drilling, land grabbing, removal of ancient trees, and the murder of indigenous peoples who oppose exploitation of lands vital to themselves and the world.

The Pope further said we must stop viewing the Amazon as an “inexhaustible source of supplies for other countries without concern for its inhabitants.”

It is fitting then, that representatives from the Amazon will be among participants in the 18thPermanent Forum on Indigenous Issues taking place now through May 3 at the United Nations in New York.    The Vincentian Family has played a role in ensuring that Amazonian peoples have a voice in the Forum through facilitating their participation on at least three panels of speakers and engagement with several permanent missions (Brazil, Austria, Norway) and others involved with indigenous issues.

The Forum appropriately opened on Monday April 22, which was Earth Day.  As the world faces so many environmental and climate-related issues, indigenous peoples have many answers and know the importance of preserving a delicate balance between human activity and nature.

HOW IS THE VINCENTIAN FAMILY INVOLVED?

Vincentian Family NGO Representatives from the Daughters of Charity, the Sisters of Charity Federation, and the Congregation of the Mission belong to the Justice Coalition of Religious and the NGO Mining Working Group, which is sponsoring panels of speakers during the Forum.   JCOR and the Mining Working Group co-sponsored an event entitled, “Wisdoms of the South and North: Land Rights and Healing” which took place on Tuesday, April 23.  The event featured indigenous speakers from Mexico, Canada, and Brazil.

Fr. Guillermo Campuzano, NGO Representative for the Congregation of the Mission, who was instrumental in organizing the events of this week, pointed out its concept note in saying, “Climate solutions for the future and wellbeing of all people are needed. Indigenous peoples are part of the solution to heal and restore Mother Earth. It is time to listen to the voices, wisdom and land-centered knowledge embedded in Indigenous languages. For this reason, a focus on Indigenous rights and responsibilities are key to the sustainability of Mother Earth.”

Since 2016, the Mining Working Group has created a partnership in supporting the Pan-Amazon Ecclesial Network (REPAM), The Missionary Council of the Church in Brazil (CIMI) and the Interreligious group of Church and Mining.  Fr. Campuzano is currently the liaison between these groups and the Mining Working Group in New York.  He is also a member of the International Advocacy Committee of REPAM together with representatives in Washington and Geneva.

“For three years, we have promoted and provided infrastructure for the participation of Indigenous Peoples from the Amazon, other areas in Brazil, Chiapas in Mexico, and other regions in Meso-America so that they can bring their own voices to the UN Permanent Forum of Indigenous Issues,” Fr. Campuzano said.

“Many of the indigenous communities are at risk today due to the mega extractive projects of big companies exploiting the environment everywhere,” said Fr. Campuzano.  “The protection of the individual and communal rights of indigenous peoples is deeply connected for us with our responsibility to take care of our common home. “

The Daughters of Charity and the Congregation of the Mission together with other communities have assisted with the costs of ensuring that indigenous peoples from the Amazon can participate.

Speakers from the Amazon also participated in a second event entitled, “The Importance of Genocide Prevention in the Survival of Traditional Knowledge,” taking place at the UN Church Center. That panel presented some realities, including the impacts of attacks which ultimately destroy indigenous knowledge and territories, experienced by several indigenous groups in Brazil.  Bishop Roque, the president of Indigenous Missionary Council of Brazil gave a prophetic presentation that was followed by a moving testimony of Erileide Kayowa a young leader of the indigenous peoples in Brazil.

A third event co-sponsored by the Mining Working Group was scheduled for Friday, April 26, in collaboration with the Holy See and others.  It focused on the theme, “Toward an Integral Ecology: Responding to the Urgent Cries and Horizons of the Amazon.”  Representatives from the Amazonian (Brazil and Ecuador) group spoke in this event. The church is attentive to the cries of life that come from the indigenous communities and the forest in the amazon territories!

WHAT IS TRADITIONAL KNOWLEDGE?

There are many definitions of “traditional knowledge.” According to UNESCO, local and indigenous knowledge refers to the understandings, skills and philosophies developed by societies with long histories of interaction with their natural surroundings. For rural and indigenous peoples, local knowledge informs decision-making about fundamental aspects of day-to-day life. This knowledge is integral to a cultural complex that also encompasses language, systems of classification, resource use practices, social interactions, ritual and spirituality.

It is hoped that the current Forum on Indigenous Issues will lead to considerably improved protection for indigenous peoples and their traditional knowledge, which is vital to culture and protection of Earth.

Unfortunately, indigenous peoples globally face serious challenges regarding traditional knowledge.  For some peoples, it may be the misappropriation of sacred knowledge. For others, it could be copyright or patent issues.  Access to genetic resources is a further issue.

There are also consequences when non-traditional persons access or use traditional knowledge and resources.  Many indigenous lands, such as the Amazon, are home to valued natural resources.   The increased removal of fish, wildlife, trees, and plants is a threat to indigenous peoples who need them for subsistence.  It is no secret that poachers have killed indigenous persons attempting to prevent the removal of timber and gold.  Indigenous human rights defenders also have been killed.

Further, only a few speakers remain for some of the 6,000 to 7,000 languages in existence. Other languages will face extinction in coming years.   (On February 1, 2019, UN Secretary General Antonio Guterres launched the International Year of Indigenous Languages).

By: Margaret O’Dwyer, DC
Rep of the DCs at the UN 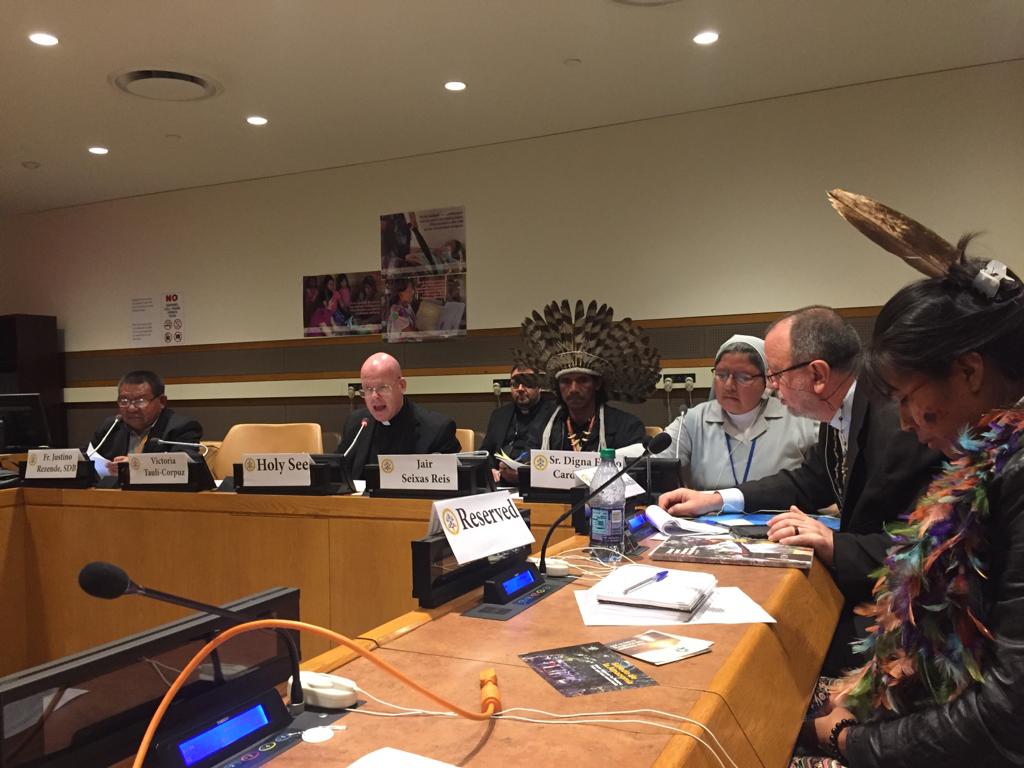 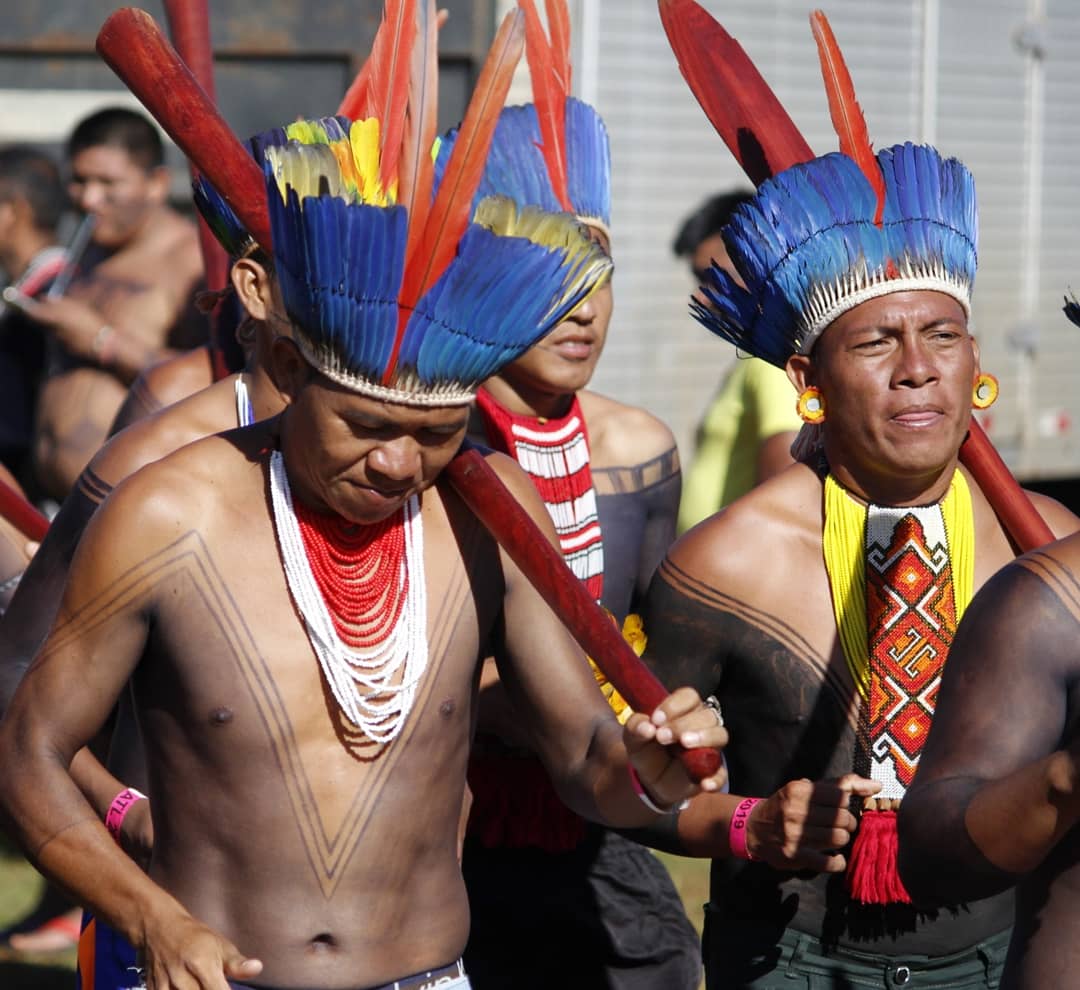 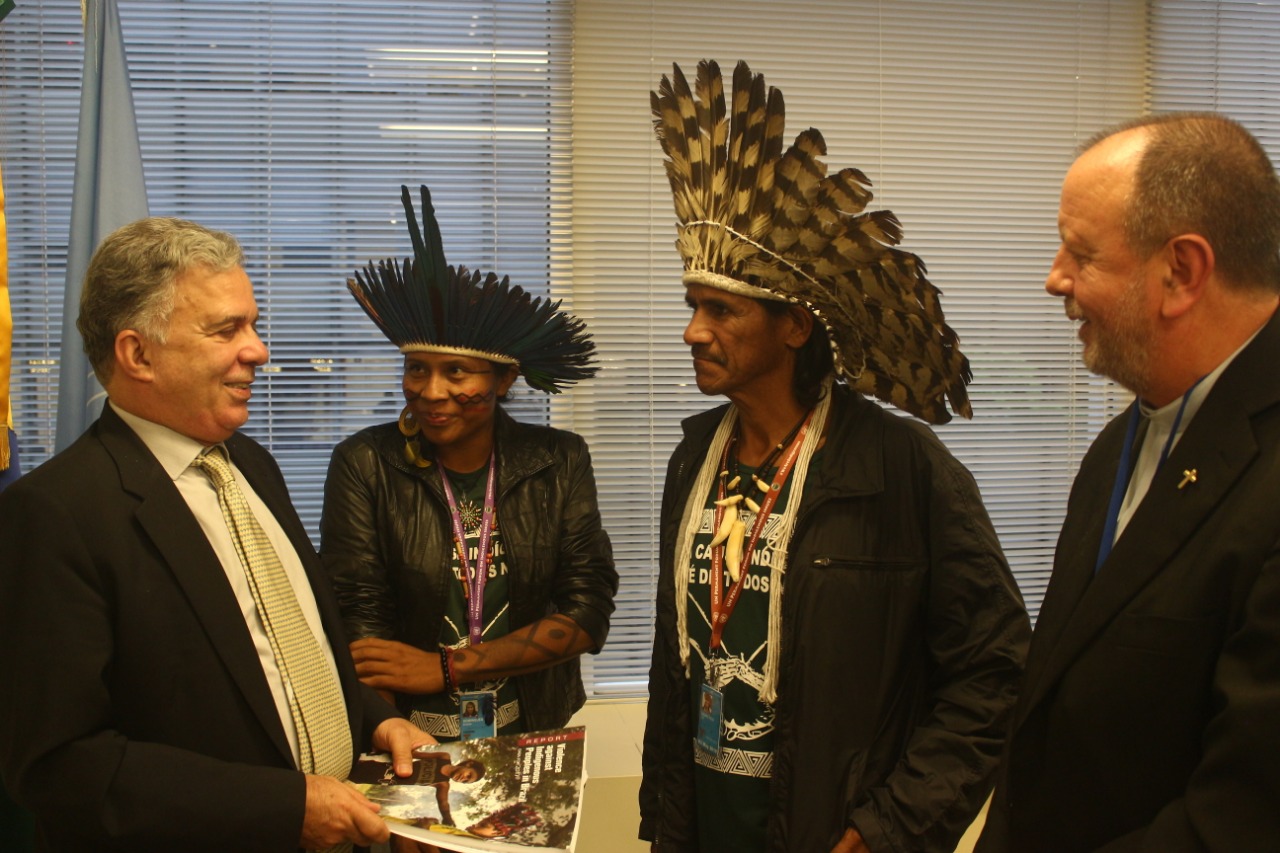 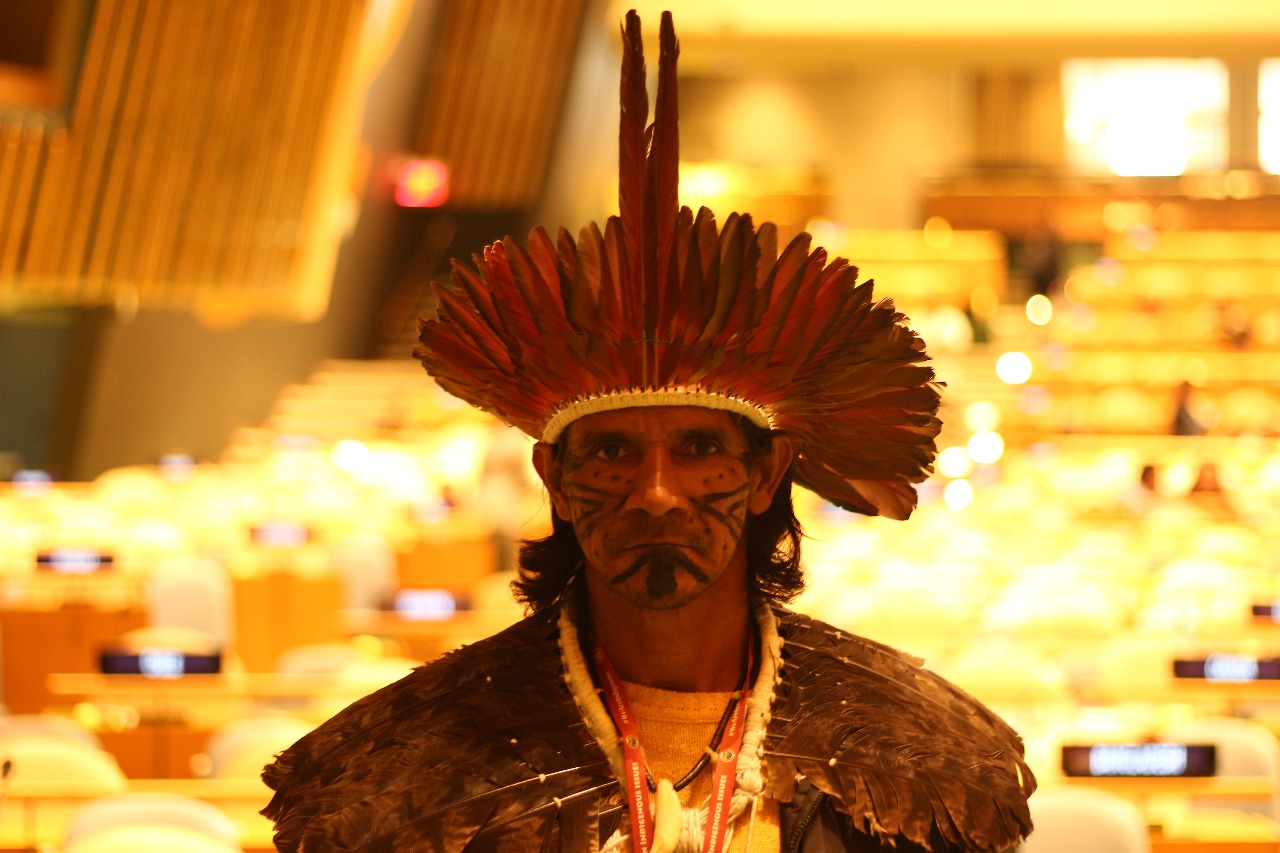 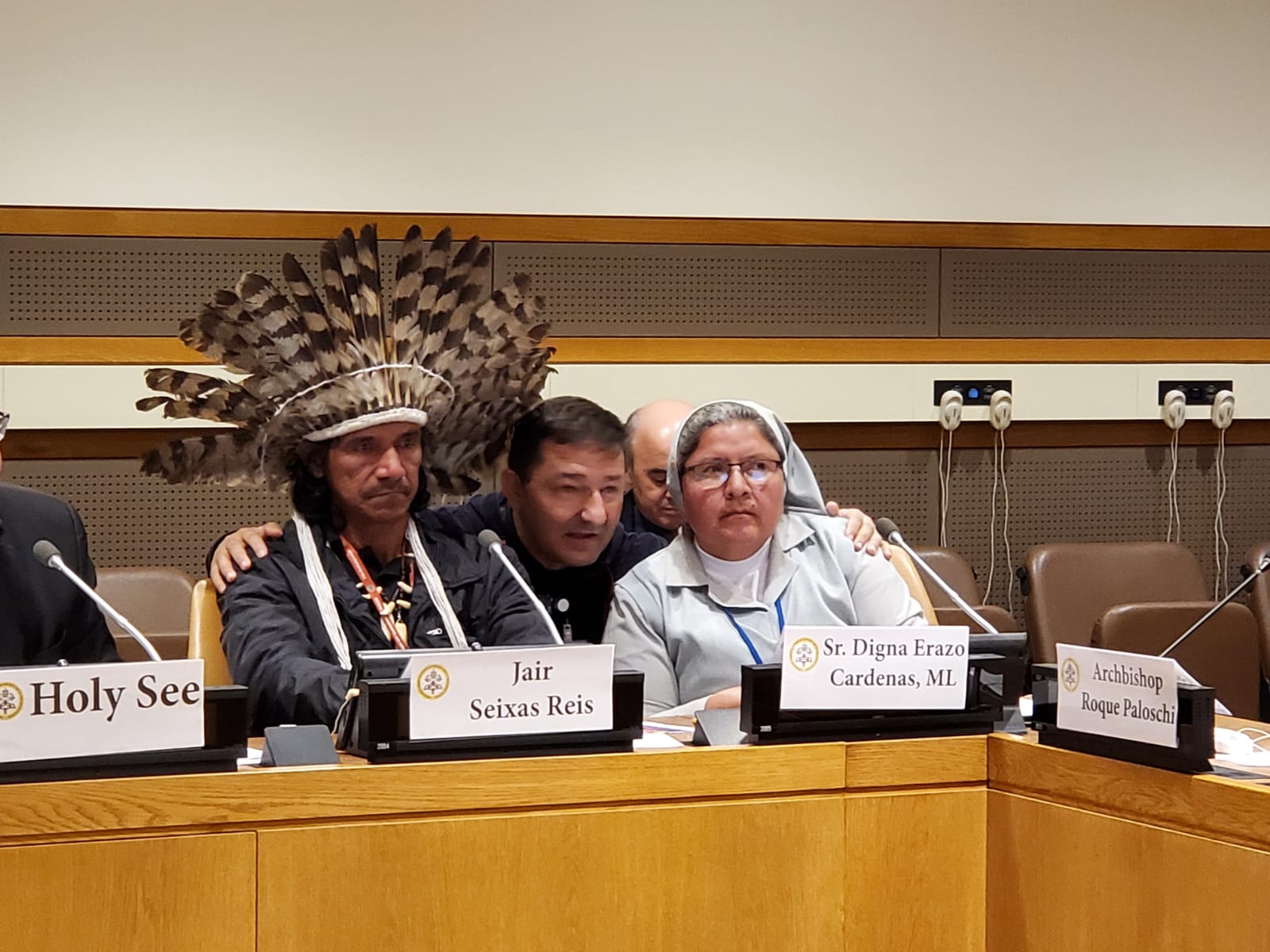 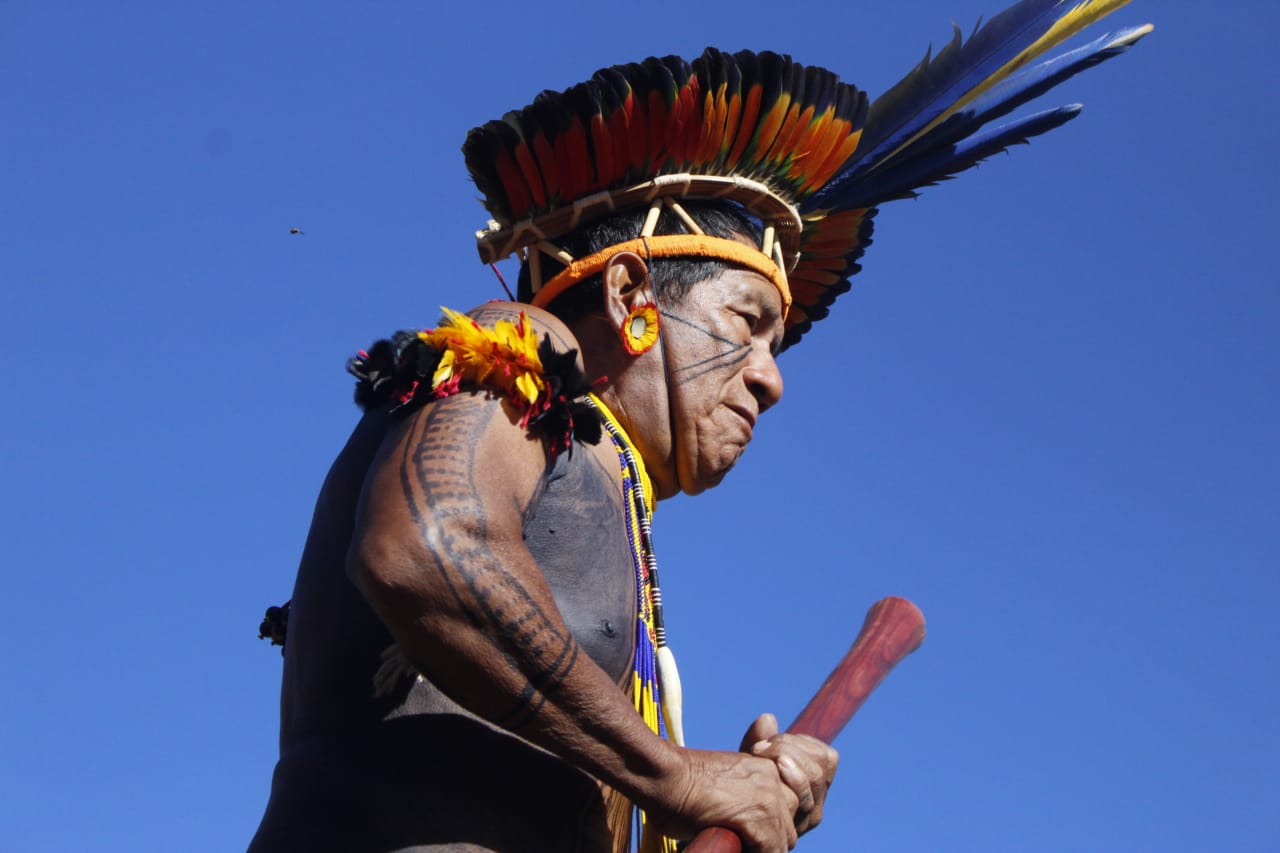 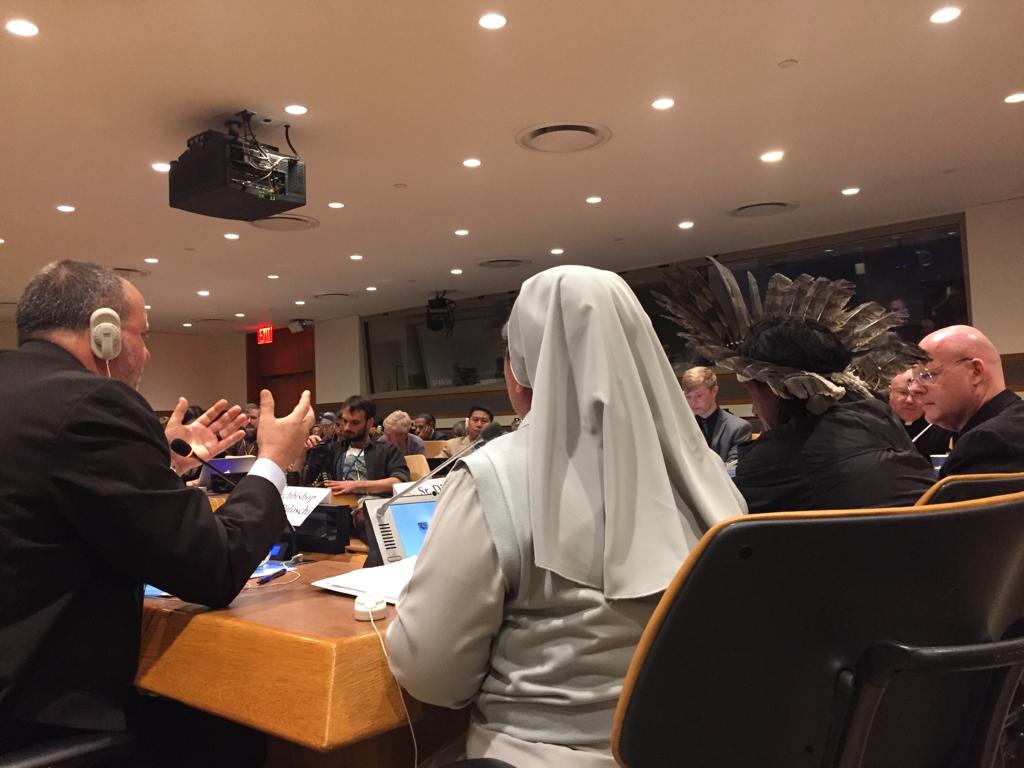 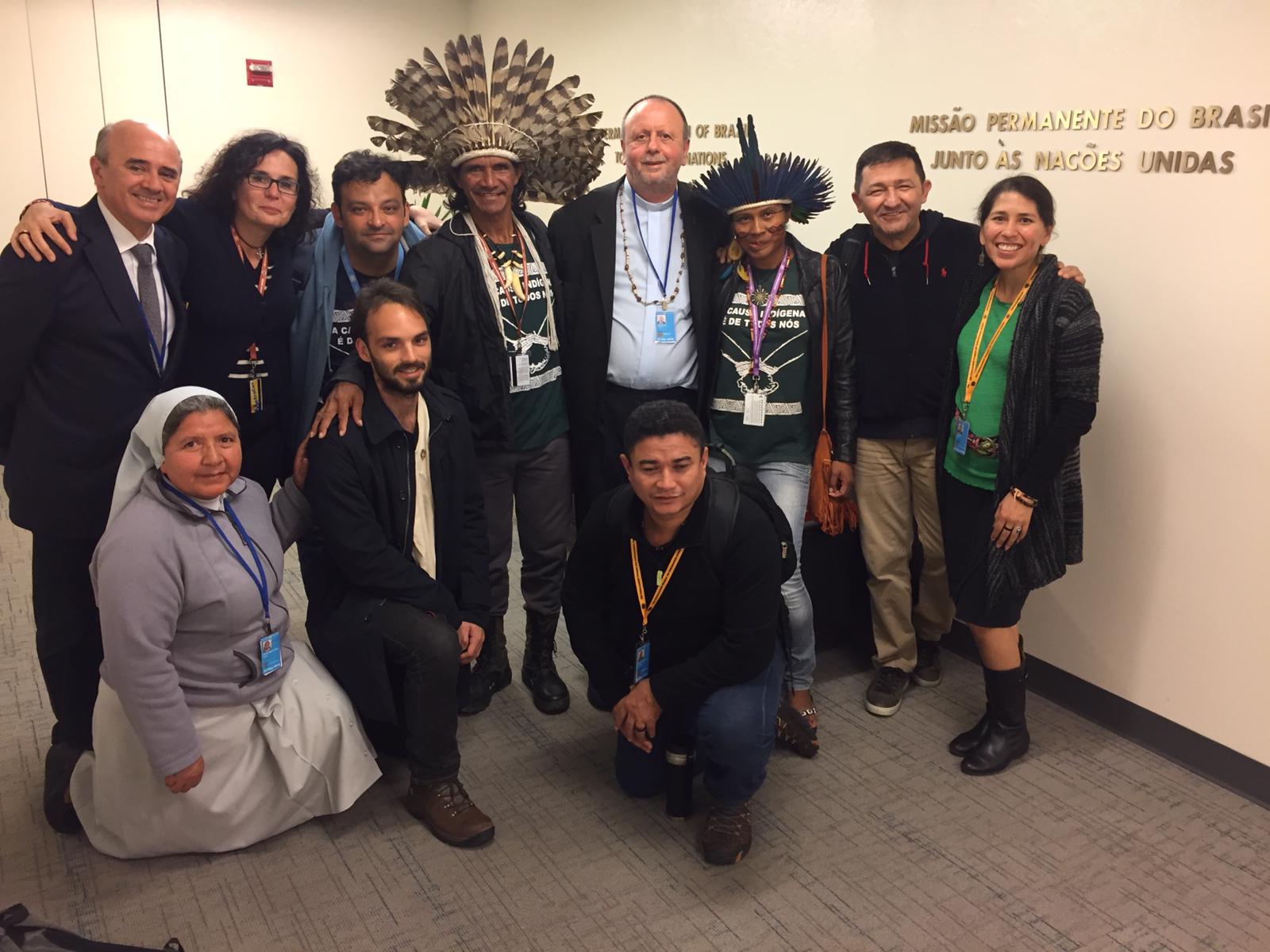