Presentation and explanation of the logo of the 2019 Visitors’ Meeting in Manila, Philippines

The logo’s symbol alludes to the Philippines eagle, the raptor native to the northern islands of the Archipelago. It lives in rainy forests, a habitat that is rapidly disappearing; due to this, the eagle is an endangered species today and actually at the point of extinction. 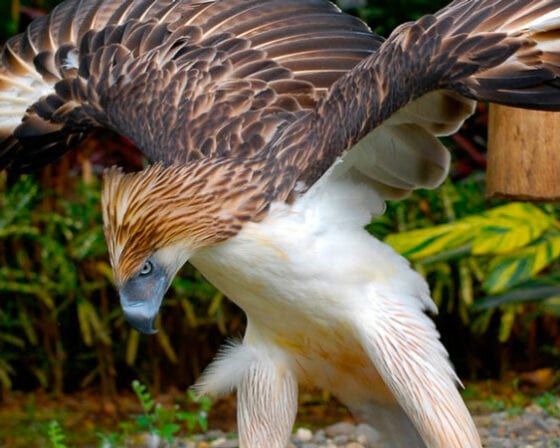 “The eagle is a symbol of new life: The ancients believed that the eagle was unique among all birds in that it periodically renewed its plumage and its youth: to accomplish this it would fly directly into the sun and then plunge into the water. A psalm alludes to this, “…so that your youth is renewed like the eagle’s.” (Psalm 103:5).

As symbol, the eagle is particularly suited to the evangelist John, since he rose so high in his contemplation of the divine nature of Word of God. In addition, many have interpreted the eagle as the symbol of the Resurrection, with John as a privileged witness of the great Pascal event.

As Symbol of Christ and of the Disciple: The eagle is the symbol of the beloved disciple, but it is also the symbol of Christ. Many would say how Christ is able to rise so far that we could no longer see Him. Many would also say that he had the ability to set the sun in the middle of the day. Notice here the connection with the Christ-God who sees the Father face to face.

In addition, we could identify all followers of Christ with the eagle symbol. They share the moral strength of the eagle. The book of Isaiah said: “Those who hope in the Lord will renew their strength, they will soar on wings like eagles, they will run and not grow weary, they will walk and not be faint.” (Isaiah 40:31 – NIV). In Baptism, immersed in water, they 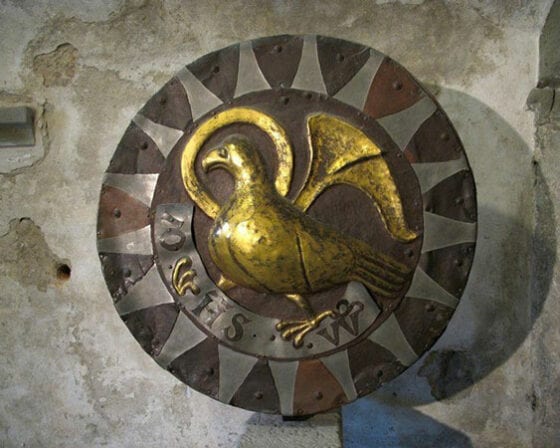 draw out faith, courage and contemplation. Many say that the eagle experienced such great hunger, that it always left half of its prey to other birds. It is the example of the generosity or charity that motivates the true disciple of Christ. (Pierre Bougie, PSS)

The eagle is dressed in the colors of the Philippines flag, host country of the gathering. In its beak it carries five flames symbolizing just initiated 5th century of the birth of the Vincentian Charism, around which the Assembly plans to center the reflections for the Gathering.

Accompanying the symbol is the name of the host city with the initials of the Congregation of the Mission. The letter M is surmounted by a cross, recalling the symbol on the back of the Miraculous Medal. These three elements are all in red, symbolizing charity.

MANILA and number 19 are colored blue, the color of the CM