Fifth Assembly of the Basic Ecclesial Communities in the Mission of Tefé, Brazil 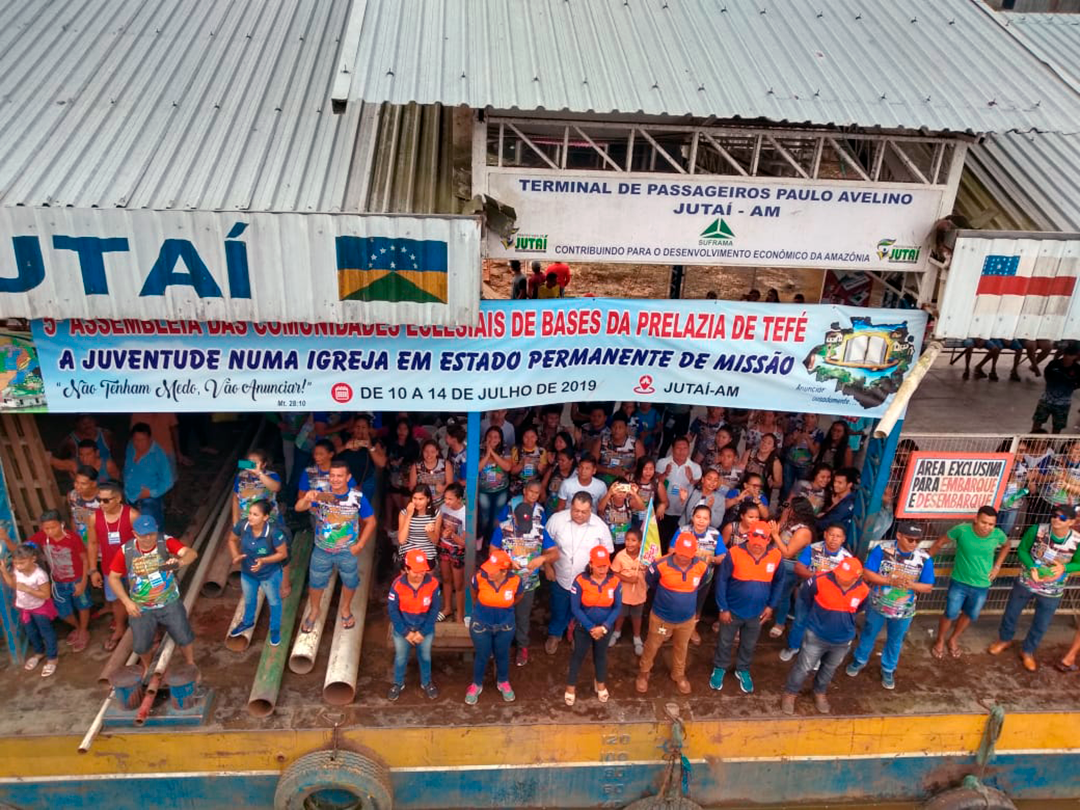 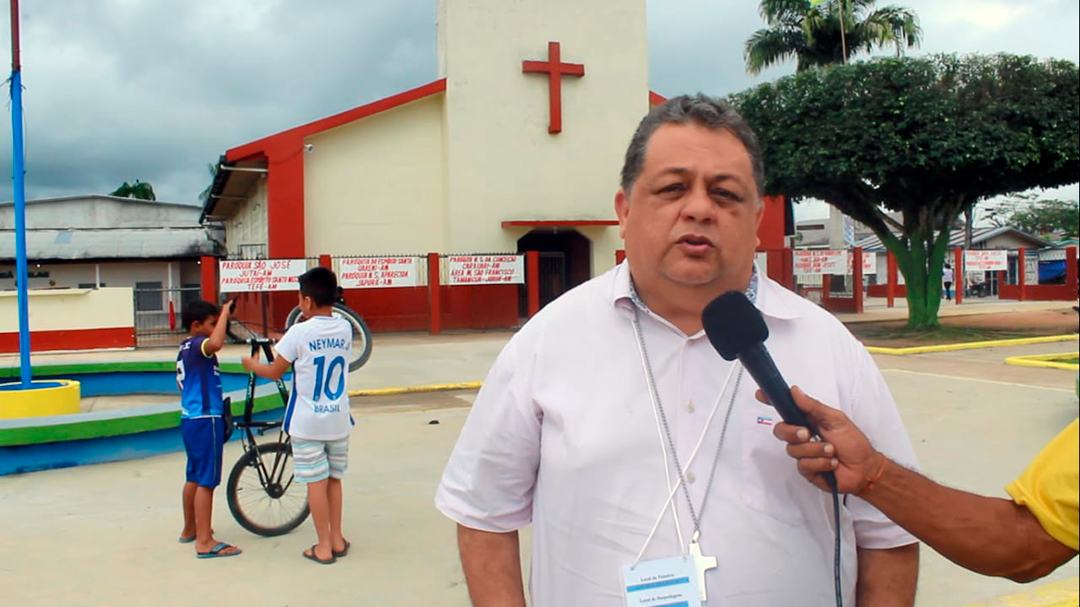 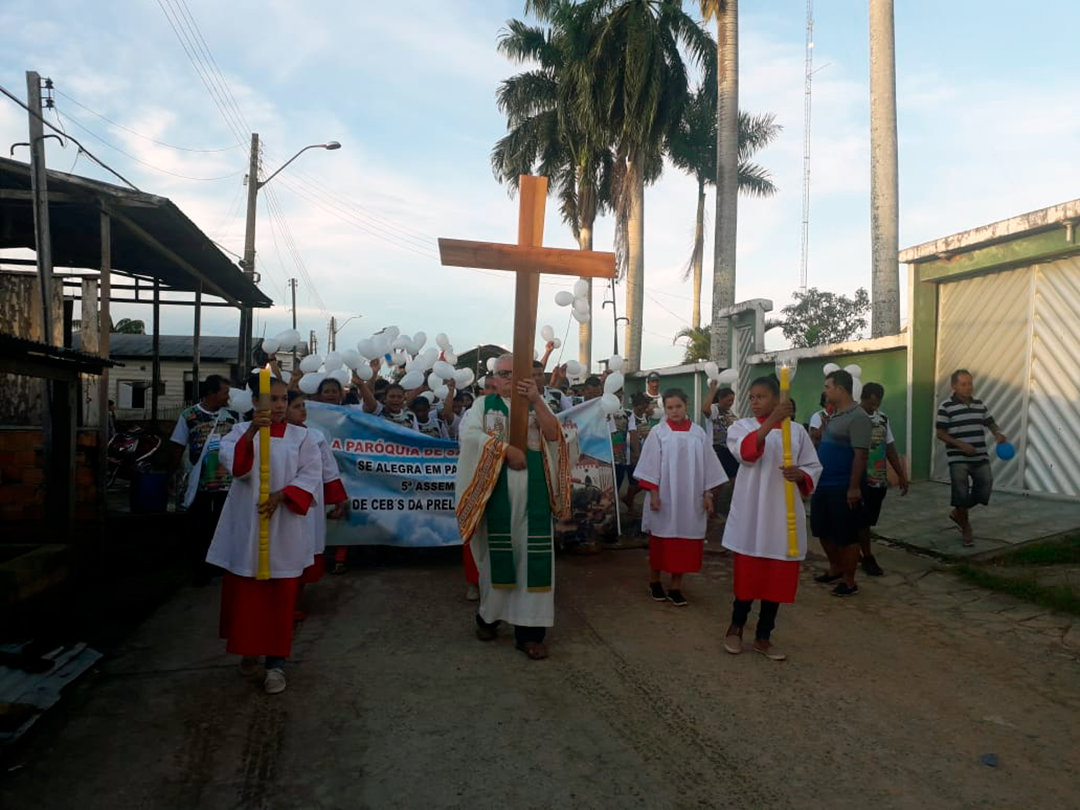 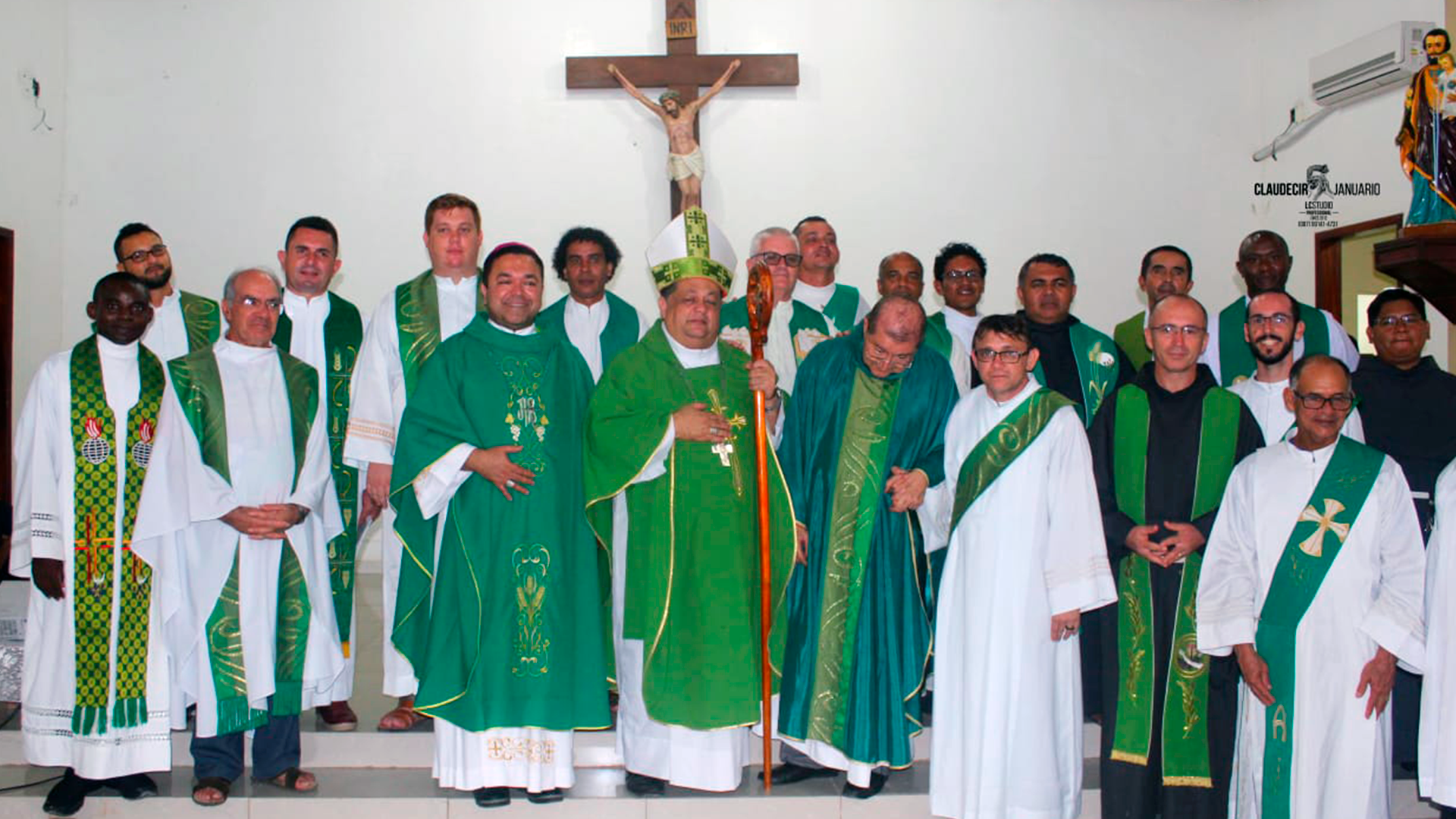 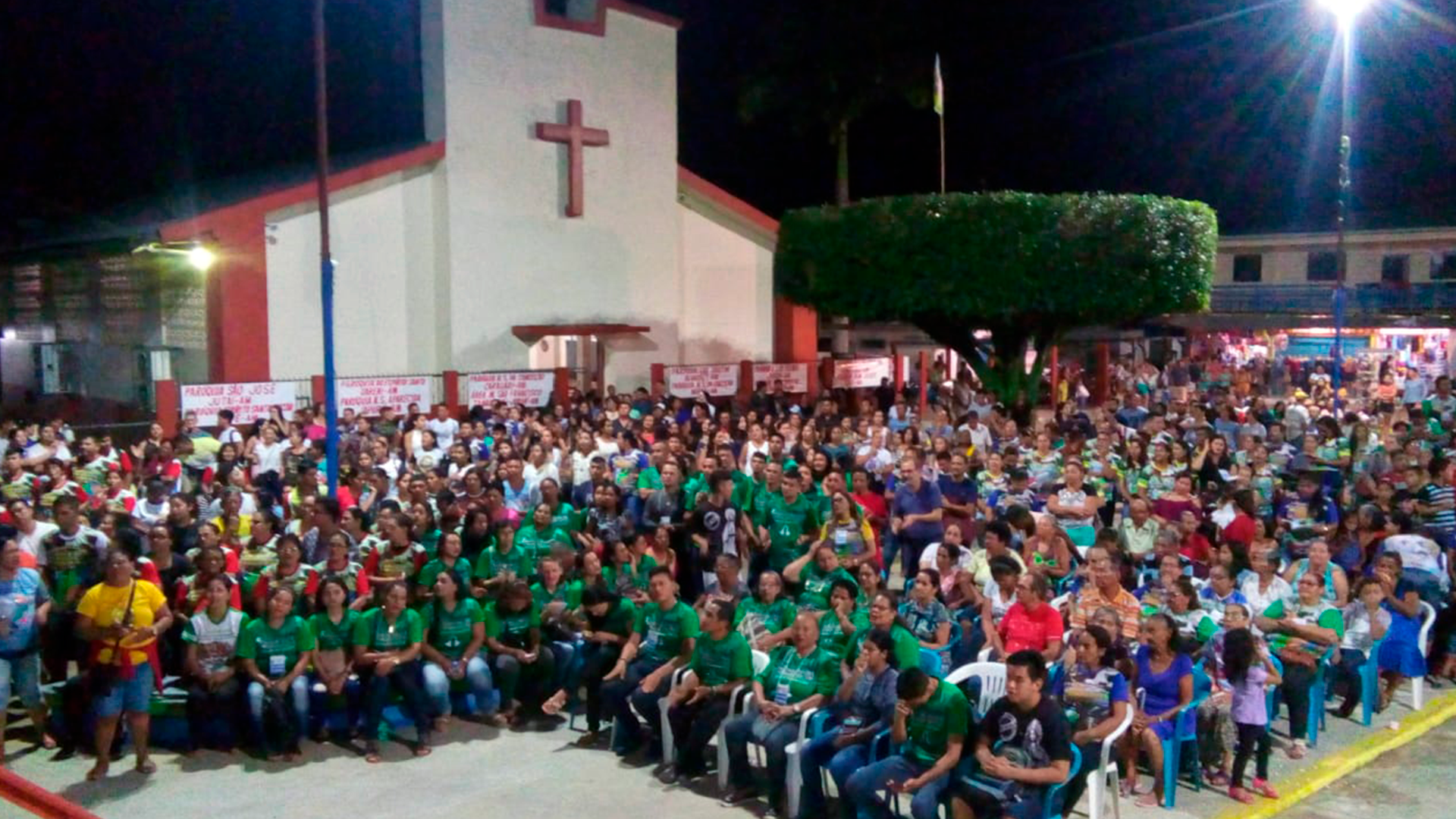 The Fifth Assembly of the Basic Ecclesial Communities – CEB – of the Prelature of Tefé was held at our Tefé International Mission and was well attended. In fact, 900 urban, indigenous, and river leaders moved from the numerous communities of this region, from the waters of Solimões Tefé, Alvarães, Uarini, Fonte Boa, Maraã, Japurá, Juruá, Carauari, and Itamarati to meet from 10-14 July at the church of Saint Joseph in Jutaí. It took many hours and many days, even up to a week, of sailing up and/or down the rivers of the region. The estimated average of youth participation was 30% and the theme addressed was: Youth in a Church in a permanent state of mission!

One of the objectives was to build connections between young people and the Amazon Synod to be held in October (in Rome) following the indications of the gospel: “Do not be afraid! Go to announce! “(Matthew 28:10).

The meeting had as a general title: “Amazonia: new paths for the Church and for an integral Ecology.” It was a beautiful experience, which showed a Church totally organized on the model of Basic Ecclesial Communities.

Special thanks go to the Vincentian Bishop, Dom Fernando Barbosa dos Santos, CM; and to the three confreres Abel Cuetocué, CM; Rogelio Toro, CM; and Alexander Fonseca, CM, who live in this International Mission, for the excellent work they have done and continue to do as proof that it takes very little (even just 1%) to accomplish much! Bishop Fernando Barbosa dos Santos was born on 5 March 1967 in the city of Sertânia, Pernambuco, Brazil.
He studied philosophy at the Salesian Institute of Philosophy in Recife, Pernambuco. in 1991, he completed theological studies at the Regional Pastoral Institute in Belém, Parana. He entered Congregation of the Mission in the Brazilian Province of Fortaleza on January 25, 1993 and took hi vows on February 11, 1995. Ordained priest on January 20, 1996.

His pastoral assignments include: 1996 – 1998, vicar in Saint Anthony parish in Quixeramobim, Ceará; 1998-1999, formator in the Internal Seminary of the Province of Fortaleza; 1999-2000, administrator of Saints Peter and Paul parish in Fortaleza, Ceará; 2000-2003, Director of St. Vincent de Paul Seminary (Thelogate) in Belém, Parana.

Father Fernando was elected the Visitor of the Province of Fortaleza in 2003 and held this office for two terms until 2009. Then he became Provincial Econome, 2009-2014, and in the same time pastor of Saint Joseph parish in Tucuruí, Parana, 2009-2010, and pastor of Our Lady of Remedies parish in Fortaleza, (2010-2014). Also, he was an advisor in the Youth Center of St. Joseph’s region in the Archdiocese of Fortaleza.

On May 14, 2014 Pope Francis appointed Fr. Fernando a bishop of the Prelature of Tefé, Amazonas. His episcopal ordination took place in the Metropolitan Cathedral of Fortaleza in August 28, 2014. Archbishop José Antonio Aparecido Tosi Marques, Archbishop of Fortaleza was the main consecrator and Archbishop Vicente Joaquim Zico, C.M., Archbishop Emeritus of Belém and Archbishop Sérgio Castrianni of Manaus were co-consecrators. His chosen bishop’s motto is: Servus Christi Mission (Servant of Christ in the Mission). On September 21, 2014 he was installed in the Prelature Cathedral os Saint Therese in Tefé.

The Territorial Prelature of Tefé is located in the city of Tefé in the Ecclesiastical province of Manaus, state of Amazonas in Brazil.In the area of 264.669 sq. km an estimated 243.494 (2007) inhabitants are living in 14 parishes. About 75% of the population are Catholics. It includes 10 municipalities: Itamarati, Carauari, Juruá, Jutaí, Fonte Boa, Uarini, Alvarães, Maraã, Japurá, Tefé. There are about 405 river communities and 40 urban communities. A total of 88 indigenous communities are distributed in 15 different peoples, for a total of 8,500 indigenous peoples. The Prelature of Tefé is an ecclesiastical district of the Catholic Church in Brazil, belonging to the Archdiocese of Manaus, and to the North 1 region (north of Amazonas and Roraima) of the CNBBB (National Conference of Bishops of Brazil). It was founded on May 23, 1910 on the extracted part of the Diocese of Amazonas as Apostolic Prelature and on August 11, 1950 it was promoted to the rank of Territorial Prelature. Dom Fernando is the first Vincentian to lead the Prelature. Members of the Congregation of the Holy Spirit were administrating the Prelature since it foundation.