Pilgrimage of the relics of St. Vincent de Paul in the Ukraine

At the end of the pilgrimage to the tomb of Blessed S. Martha in Sniatyn on June 25 and 26, the relics of St. Vincent de Paul were brought in solemn procession to the Sanctuary of Bl. Martha.

The reliquary is a chest containing a letter from St. Vincent, a rib and a piece of fabric, which were brought the day before from Naples by two priests from the Italian Province. 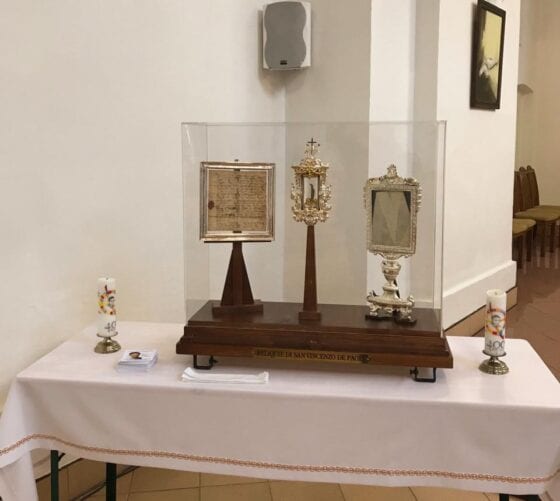 These relics will remain in the Ukraine until the end of the year and they will be brought to all the communities of our Vice-Province, and, at the request of the pastors of other churches, they may visit other holy places. 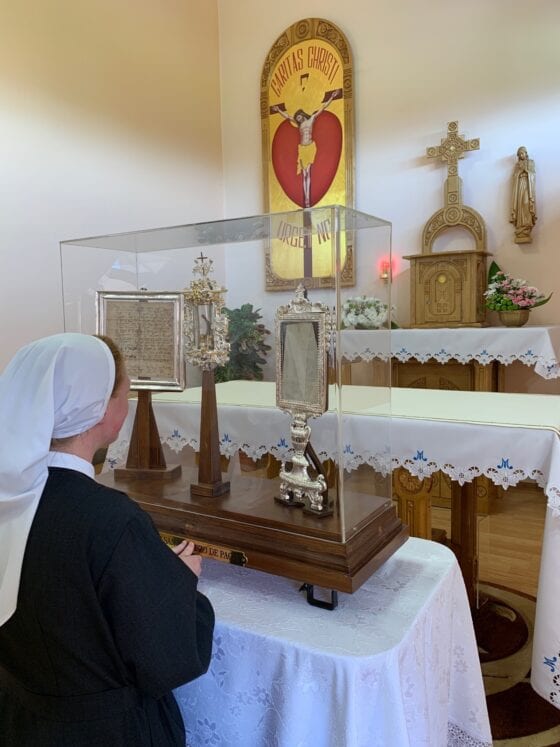 At the beginning of June, the reliquary remained in Sniatyn, where the parishioners and the residents of Sniatyn came to venerate these holy objects. Every day, two hours before the celebration of the Eucharist, the church was opened so that everyone could venerate the relics.

From June 7 to June 14, the people of the Zabolotiv parish, part of the Ivano-Frankivsk deanery, had an opportunity to venerate the relics. The pastor, Fr. Anthony Wekh, gladly received the relics in his parish.

The next week the reliquary traveled to the parish of Rydoduby and Bilobozhnytsia in the Chortkiv Deanery. Dean Marian Popeliar was happy to receive the relics. Throughout the week, the faithful from several parishes had the opportunity to pray and ask for the intercession of St. Vincent de Paul.

The reliquary was also brought to Lviv and Bryukhovychi (June 23-29), where there was a meeting of the Sisters of Mercy of Saint Vincent de Paul. These Sisters minister in the Ukraine, Belarus, Kazakhstan and Russia and some thirty-six Sisters participated in this gathering. Two General Councilors, Sister Carmen Peres and Sister Hannah 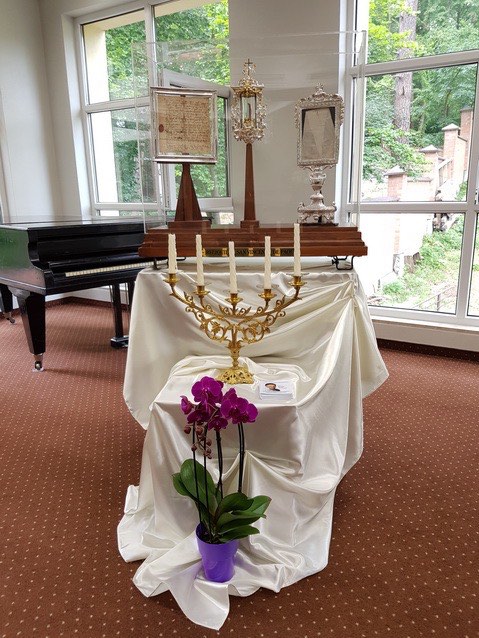 After the meeting in Lviv, the reliquary was brought back to the Sanctuary of Blessed Martha in Sniatyn, where it remained until the end of June. During that time, the faithful had the opportunity to pray for the intercession of St. Vincent de Paul.

In early July, the relics of St. Vincent de Paul were brought to the community in Storozhynets, in Bukovyna. There, throughout a month, all the parishioners hand the opportunity to venerate the relics of our Founder.