Origins of the Company of the Daughters of Charity

1. The Servants of the sick-poor in the Charities in Paris 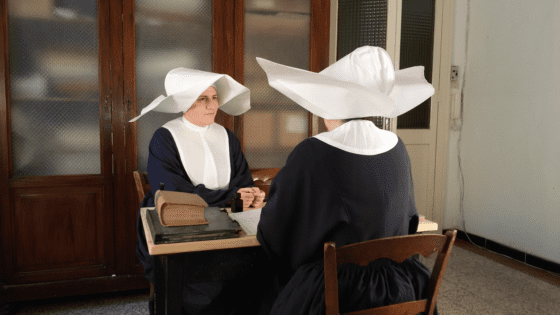 In February 1633, Marguerite died after being infected with the plague. Her death was the seed that had been planted and that was to produce abundant fruit. Saint Vincent often said that Marguerite was the first one who showed the way to others. Little by little a large group began to form, and this group continued to grow in number. Vincent said: they began to meet and come together almost imperceptibly[1]. In the beginning these women had only a few weeks of formation which included lessons in reading and writing and some elementary norms with regard to hygiene. Their Christian formation was continued by learning the catechism, spiritual reading, retreats, and initiation into mental prayer (using the method of Busée). They then went out into the street and became involved in service. There they became dependent on the members of the Confraternities in the various parishes and there was no community bond that united them. At that time, they began to be called les files de la Charité, that is, the charitable girls. Later they were called the girls of Mademoiselle Le Gras (since Louise was the one who formed them). Finally, however, as people saw what these young women were doing, they became known as the Daughters of Charity. They wore no habit but dressed modestly like the young village girls living outside the city of Paris. They did not live in convents but in rooms that were rented. They also did not make a “novitiate” but rather their time of formation was referred to as their time in the seminary. Louise de Marillac was in charge of their formation and guided these young women.

2. The establishment of the Company of the Daughters of Charity

After the death of Marguerite Naseau, Louse felt impelled to gather together in community the first servants of the sick-poor. Vincent made Louise pause and made her wait patiently until the will of God was revealed: As for the rest, I beg 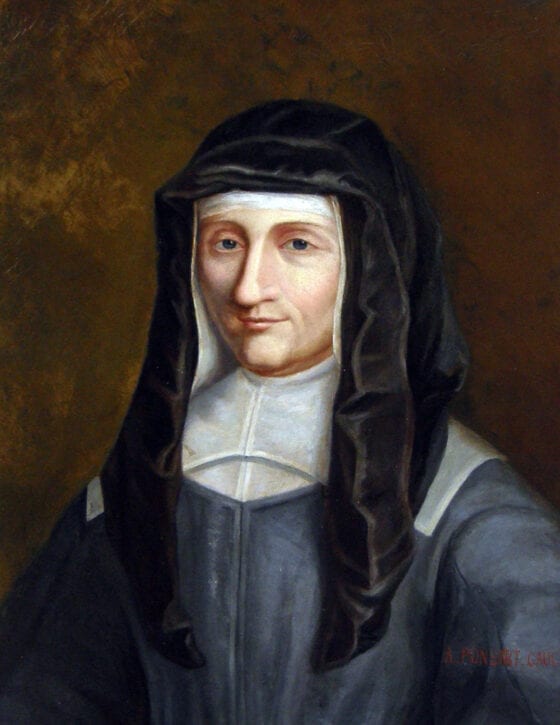 you, once and for all, not to give it a thought until Our Lord makes it evident that he wishes it, and at present he is giving indications to the contrary. We want a number of good things with a desire that seems to be of God, and yet it is not always from him. God permits it that way to prepare the soul to be what we desire. Saul was looking for a she-ass and found a kingdom; Saint Louis, for the conquest of the Holy Land, and he found the conquest of himself and a heavenly crown. You are trying to become the servant of those poor young women, and God wants you to be his own, and perhaps of more people than you would be in that way. And even if you were only his, is it not enough for God that your heart is honoring the tranquility of Our Lord’s? (CCD:I:111)

At the approach of the feast of Pentecost, 1633, Louise once against insisted on this, but Vincent still had doubts: With regard to your employment, my mind is not yet enlightened enough before God concerning a difficulty which prevents me from seeing whether it is the will of his Divine Majesty. I beg you, Mademoiselle, to recommend this matter to him during these days in which he communicates more abundantly the blessings of the Holy Spirit, rather, the Holy Spirit himself. Let us persist, therefore, in our prayers, and may you remain quite cheerful (CCD:I:200).

Louise made a retreat during the time of Pentecost (1633) and saw the need of gathering together in community the servants of the poor. This was the inspiration that she had received in her “light of Pentecost” (an inspiration of some ten years before, in 1623). Vincent made a retreat in August-September 1633 and this was a decisive time for him. At the end of that retreat he wrote to Louise and gave her “the green light”: I beg you, Mademoiselle, in the name of Our Lord, to do all in your power to take care of yourself, no longer as a private individual but as a person upon whose health a number of others are dependent. Today is the eighth day of our little retreat; I hope to continue to the tenth with the help of God. I think your good angel did what you told me in the letter you wrote me. Four or five days ago, he communicated with mine concerning the Charity of your young women. It is true; he prompted me to recall it often and I gave that good work serious thought. We shall talk about it, God willing, on Friday or Saturday, if you do not write to me sooner (CCD:I:215-216).

The following months were a time of discernment with regard to these young women, servants of the poor who were ministering in collaboration with the members of the Confraternities in Paris, women who would become the first members of this new community. All of them were ministering in some way in the various parishes in Paris. Thus, on November 29, 1633, (the day before the feast of Saint Andrew) a small group of chosen women (whose names we unfortunately do not know) came together in the house of Louise de Marillac in order to begin their formation in solid virtue. Thus, the Company of the Daughters of Charity was born. Marguerite Naseau was unable to be a part of that group because in February of that year she had died after being infect with the plague … a victim of heroic charity. 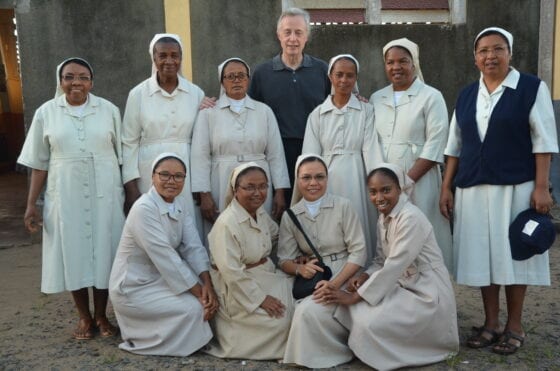 In July 1634 the first group of twelve young women came together. Vincent explained to them the Rule that Louise had written. Both Louise and Vincent were convinced that God had given birth to the Company and this was good for the Church and for the poor: This is the beginning of a very great blessing that will perhaps last forever. Yes, if you begin to observe your Regulations with the intention of doing God’s most holy will, there is great reason to hope that your little Company will survive and grow (CCD:IX:9).

Thirteen years later, during the conference of February 13, 1646, Vincent began to interpret some of the events that led to the establishment of the Company of the Daughters of Charity. He concluded that several events and historical realities brought about the establishment of the group: the events in Châtillon and the organization of the Confraternities, the existence of the Confraternities in Paris, the presence of Marguerite Naseau and finally, the manner in which God inspired Louise de Marillac and her unconditional dedication.

Thus, in July 1642, when Vincent spoke about Marguerite Naseau, he stated: she was the first Daughter of Charity and Servant of the sick-poor … she attracted other girls whom she helped to embrace a devout life (CCD:IX:66). Marguerite was a shining star who opened doors led other along the path.

Soon after the death of Louise de Marillac, Vincent stated: With how much greater reason should we reflect on the one who is your mother because she has begotten you! You did not create yourselves, Sisters, she is the one who made and begot you in Our Lord … how beautiful that is! (CCD:X:582, 588).

In 1951, León Celier made the same affirmation in his work entitled: Les Files dela Charité … he wrote: The Daughters of Charity were what Vincent desired and what Louise created.