Meeting of the leaders of the Vincentian Family, Rome 2020. January 8th #FamVin2020Roma 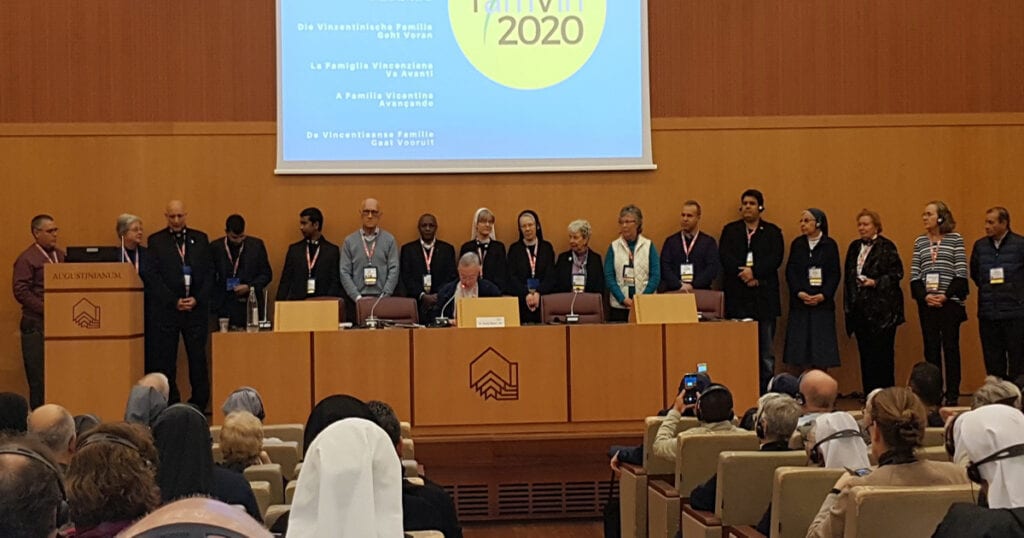 The first day began with an audience (in the morning) with Pope Francis. At three o’clock the meeting began at the Augustinian school in Rome. More than two hundred people from throughout the world gathered together and thanked God for this opportunity to come together. After a greeting by Father Joseph Agostino, CM, Director of the Office of the Vincentian Family, Father Robert Maloney, CM spoke with us about the past and the present reality of the Vincentian charism … but always looking toward the future. He concluded his presentation with an invitation to dream about those things that we would like to see become reality in the near future.

After a break during which time we were able to dialogue with one another and begin to come to know one another, Father Tomaž Mavrič, CM, president of the executive committee of the Vincentian Family, invited us to look at the reality of the Vincentian Family, pointing out several areas in which we are called to collaborate: formation, education, health care (among others).

We will continue our meeting today … a meeting that is unique in the more than 400 years that our charism has existed.