The Letter of the Superior General: “Mobilization of Prayer” Toward the 43rd General Assembly of the Congregation of the Mission – 2022

May the grace and peace of Jesus be always with us! 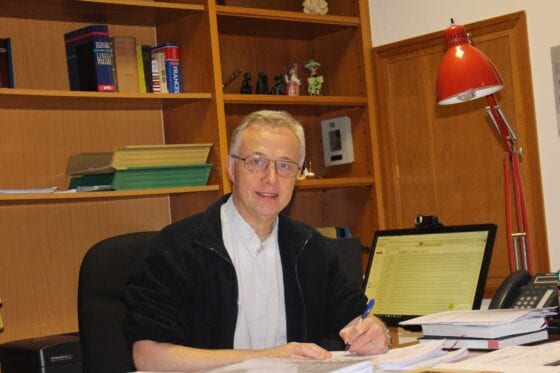 On 25 January 1617, the Feast of the Conversion of Saint Paul, Saint Vincent de Paul preached a sermon in the village church of Folleville on the importance of a general confession in every person’s life. Later he chose this date to mark the beginning of what he called the Little Company.

Four hundred three years have passed since that historical and God-inspired moment, when the first seeds were planted. Upon germination, these seeds grew, in 1625, into the Congregation of the Mission. One can just imagine the inner fire and missionary zeal of our first confreres who joined Vincent in the years that followed. We also can envision their life of prayer, willing detachment from material things, and thirst to follow Jesus, Evangelizer of the Poor, to the ends of the earth.

Reflection on the main focus of the next General Assembly began at the CM Visitors’ Meeting in Manila, Philippines in June 2019 and was carried on during the December 2019 Tempo Forte meeting of the General Council. It will continue throughout the Domestic, Provincial, and Vice-Provincial Assemblies accompanied by the Preparatory Commission, as well as by the General Council.

I invite each confrere personally, each local community, each province, vice-province, region, and international mission to mobilize in prayer within the Congregation, as well as beyond our Congregation. I ask you to reach out to all branches of the Vincentian Family on the local, national, and international levels. In addition, ask the members of the Vincentian Family in the wider sense of the word, our relatives, friends, parishioners, students at all our schools, and collaborators to pray with us. We also might extend this request to join us in prayer to male and female Contemplative Congregations, as well as other Congregations that do not belong to the Vincentian Family, so as not to leave anyone behind, not to leave any stone unturned.

At this point, I am not presenting any specific prayer that we all will say. That will come after the first meeting of the Preparatory Commission this coming March 2020. At this time, I would like to encourage your personal initiatives locally, provincially, in our regions and international missions in preparing and carrying out prayer encounters, petitions, and later using the official prayer that we will receive soon. However, we must not limit ourselves to that prayer, but with our inventiveness, talents, and gifts do much more toward the same goal.

For example, on a weekly or monthly basis, we might offer the Holy Eucharist for this intention; pray the Liturgy of the Hours focusing on the theme of the next General Assembly; organize a time of Adoration before the Blessed Sacrament; prepare a prayer encounter with a combination of prayers, petitions, and songs shaped by the theme of the upcoming 43rd General Assembly; pray at least one decade of the Rosary daily for this intention; journey on pilgrimage to holy sites with the specific goal of asking for Divine intercession through Our Lady of the Miraculous Medal, the Blessed, Saints, and Servants of God of our Congregation, as well as of the whole of the Vincentian Family; etc.

Our next General Assembly will be held, God willing, 405 years after the Godinspired moment in Folleville. We need to thirst, aspire, and aim at nothing short of the inner fire and missionary zeal that led our first confreres to follow Jesus, Evangelizer of the Poor. We need to strive for a new springtime, a new Pentecost.

We know so well our weaknesses, but we also strongly believe that by mobilizing prayer within and beyond, as far as it can reach, involving as many people as possible, we can make a reality what Jesus’s dream was for the future Congregation, as communicated to Vincent through Divine inspiration. As Saint Vincent told us, “Give me a man of prayer, and he’ll be able to do anything; he can say with the holy Apostle, ‘I can do all things in Him who sustains and comforts me’ (cf. Philippians 4:13).” 1 We can be confident in God’s mercy toward our Little Company, May these lines encourage each one of us to embrace, with total trust in Providence, this mission of mobilizing prayer for the upcoming 43rd General Assembly of the Congregation of the Mission.