The Plague in Saint Vincent’s Time and Prayer to St. Vincent de Paul in the time of Pandemic 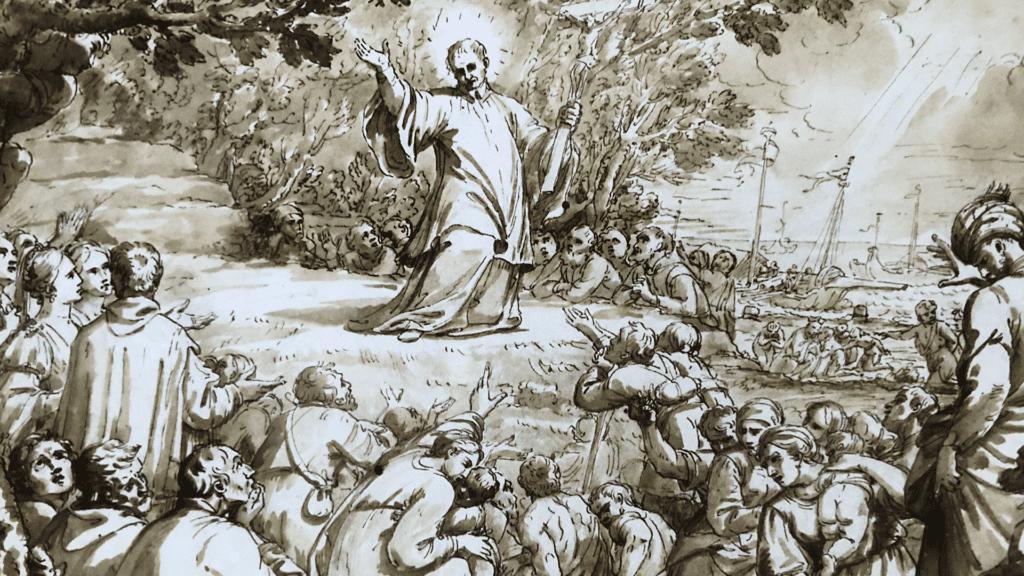 From 1644 to 1657, the plague wreaked havoc in the kingdom of France, present-day northern Italy, and Poland. The famous “Relations,” written at the instigation of the Marquis de Bennières, tell us about the most alarming situations. Saint Vincent and his family got involved in the struggle. Missionaries braved war, famine, and plague from 1630 to 1645; ten missionaries and several Daughters of Charity left for Picardy and Champagne; Saint Vincent himself visited and confirmed the damage and the works. He received the title of “Father of the Fatherland.” Death was rampant everywhere (5000 people died in a two-week period). Father Coste recounts the manifestations of the disease: headache, fever, diarrhea, etc. In Reims, for example, there were 2000 deaths. In 1651, the plague struck more than 30 cities on the national territory and all that against the backdrop of war, fighting, famine, and poor harvests. The poor were everywhere. Vincent and Louise faced up to it and organized aid and relief.

As deep as the roots of the world plunge, the plague appears at capricious intervals! Varied in its manifestations, it indicates a scourge, an epidemic, a contagious disease. It speaks to us scientifically in the kingdom of bacteria, “Yersinia pestis,” a resistant germ that remains virulent for several days in an organism that is putrefying, hence the resulting pestilential odor. Rodents are associated with fleas and buboes (types of purulent blisters) are the inevitable sign of the disease.

From the 16th century, faced with this “black plague,” Europe discovered isolation measures (example: a plague wall in the Comtat Venaissin!), the separation of patients in hospitals, disinfection and fumigation of houses, disinfection of mail and coins, and the erection of hospitals outside the walls, not to mention the cremation of the dead.

As a final exhortation, we can recall these words from Saint Vincent after the ravages of the plague in the household of Genoa: “May the Goodness of God himself be pleased to choose the persons He desires to send in their place and to animate them with the same spirit! Confidence, Messieurs! Let’s have great confidence in God!” (CCD XI, 381; Conference 174, Repetition of Prayer, 23 September 1657, on the death of several Priests of the Mission in Genoa).

Prayer to St. Vincent de Paul
in the time of Pandemic

O Saint Vincent de Paul, our father and model,
Throughout your life you wished
To imitate Jesus, the missionary and servant.
In your time, you confronted
The plague, the illness of the people.
Intercede now with the Holy Trinity
On behalf of all the nations on earth visited by the modern scourge.
Help the bodies and hearts of all victims.
Strengthen caregivers, be close to all neighbors, and enlighten researchers.
Walk with those approaching the portals of death.

As you gave strong and ardent advice to struggle against evil,
So now come to our aid !
Teach us how to expose our lives for the weakest among us,
And strengthen us to help them better
In fearless perseverance.
With the sole desire of aiding them in their needs,
Open our spirits to God’s infinite providence.
Let us endow it with his total will for action.
Inspire in us, also, obedience to our leaders,
As we now place ourselves in your hands,
Confident and fortified with genuine feelings of dedication and zeal
for our sisters and brothers.
AMEN