San Justino de Jacobis: A Missionary from here and from there …

The Carmelite, Fr. Mariano Cacace, paid attention early to the soul of a young man named Justin de Jacobis, and understood that this boy was called by the Lord for hard work in a missionary congregation. Thus, with pleasure he took him to the doors of the Little Company of Father Vincent. And what clinical eyes, yes, those of a man of God. He never imagined the gift that he gave us and that he gave to the missionary Church of Africa.

Church where the remains of Saint Justin are venerated in Ebo.

A large amount has been written of him, as an exalted model of missionary inculturation, a pioneer in the formation of native clergy, a missionary with whom it was pleasant to live in community, the bishop without shoes with silver buckles, or the apostle of the Miraculous Medal. Now, I give a few strokes about some aspects that can be used for community reading, prayer, and meditation, and naturally for our missionary life.

1. A Missioner who managed a healthy symbiosis of being a missionary “at home” and a “missionizing missionary.”

…Already in his Internal Seminary, again and again, he meditated and over prayed this fragment of the founder’s conference: “… “So, our vocation is to go, not just to one parish, not just to one diocese, but all over the world; and to do what? To set people’s hearts on fire, to do what the Son of God did. He came to set the world on fire in order to inflame it with His love. What do we have to desire but that it may burn and consume everything. … “Now, if we’re really called to take the love of God far and near, if we must set nations on fire with it, if our vocation is to go throughout the world to spread this divine fire, if that’s the case, I say, if that’s the case, brothers, how I myself must burn with this divine fire!” (CCD, XI, conf. 204, p. 215)

The spirit of Saint Vincent, throughout almost four centuries of history, has been incarnated in missionaries who have drunk and prolonged his spirit in two expressions of fidelity to the one charism, prolonging them in a profound and faithful way. Some of them we can simply call “missionaries at home,” those who with their lives passed between the corridors and the classrooms of the seminaries, between notebooks and pencils, in the welcome given to the future ministers, or in parish parlor, doing spiritual direction or exercising kindness in the confessional, carrying the evangelizing word of Jesus. Suffice it to mention Blessed Pierre René Rogue, or hidden sages such as Pierre Collet or Guillaume Pouget. 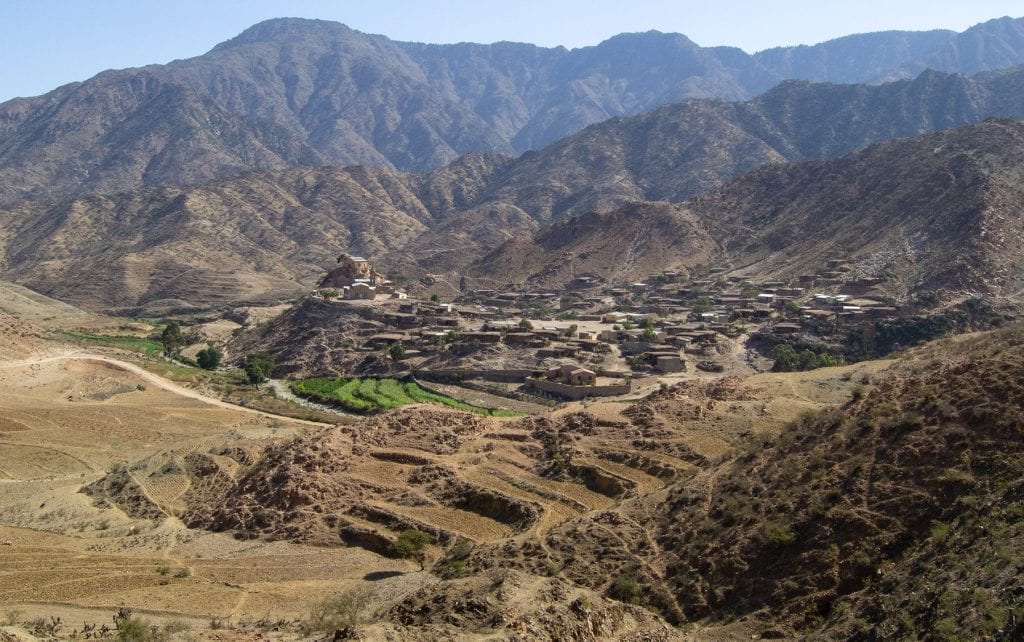 Others, called “missionizing missionaries” have the spirit of adventure, risk, and the ability to adapt, detached from the family and the homeland. They are the “outgoing” missionaries that Pope Francis likes to talk about. If you want it with more shine, popularity, and fame, you can speak of their great special and original activities. Let’s mention Armand David, the great explorer in China, Valeriano Güemes in India, and in our times Pedro Opeka in Madagascar.

All have drunk from the genuine sources of the charism and have brought the will of the Founder to life in the places and times where divine Providence led them to sow the love of God in the hearts of the poor. Our saint knew very well how to combine these two ministries, first surrounded by his own family in their small farm, in the formation of future missionaries, in the summer missions, in the care of the Daughters of Charity, and when the plague left hastily “as one goes when you have to put out the fire.” (SVP)

And with a heart burning with missionary zeal he left everything to cross the deserts and mountains of North Africa, and door to door in the best style of the Society, he carried the Gospel of Jesus. Its incarnation with the Abyssinians is admirable, the closeness to the poor, to the Christians separated from Rome, and in the formation of ministers according to the style of their own culture. He needed years to continue touring the burning lands of the poor, but with the seed he carried in his missionary bag he managed to sow it in fertile soil, and today it continues producing an unimaginable harvest.

On his missionary tours, under the shade of a sturdy oak, many times he had to stop along the way to eat a crust of bread, drink the water from a providential oasis, and at rest pray the Breviary, grasp the rosary beads for the beloved miraculous virgin, and take out of his light luggage the New Testament and read this passage from Paul in 1 Cor 3, 6-9: “I planted, Apollo watered; but the growth has been given by God. … And the one who plants and the one who waters are the same thing; although each one will receive their reward according to their work. Because we are God’s fellow workers, and you are God’s farm, God’s building.” 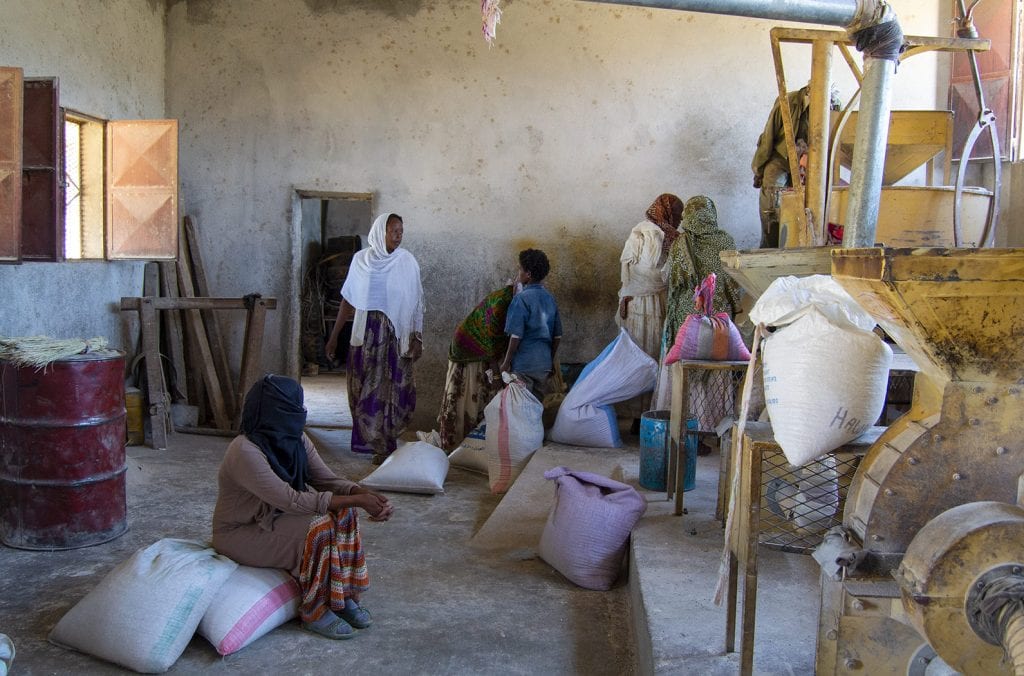 Ebo’s women at a mill

These and other words every day convinced him that his mission was to sow, sow and sow … the growth he left in the hands of the Good God, to say nothing of the harvest, which he did not imagine would be so fruitful.

2. A Missioner with whom it was pleasant to live …

The Missioner can become an “angel in the street and a devil at home,” as our superior general emeritus, Father Robert Maloney once reflected, who brought up this sentence of the holy fathers of the desert. Bishop De Jacobis was an angel within the Community and an angel in missionary life. Not because it was all a rose garden in the daily community hustle and bustle. Bishop Biancheri, for example, his confrere and missionary companion was not always his rod and staff in his episcopal life, yet he loved him intensely, and, despite the disagreements, they put the good of the Community and apostolic work above all else. In one of his reflections, he wrote that he spent Christmas 1839 almost alone in Adowa, while his brothers were leaving for other apostolic centers. What a sense of human and spiritual warmth.

The words of the apostle in 1 Cor 13 would not fail to enlighten him with the well-known hymn of charity, as well as the words of Saint Vincent: “Charity is the soul of the virtues and the paradise of communities. The house of Saint Lazare will be a paradise if charity is found there. … Nothing is more desirable than to live with those we love, knowing that we in our turn are loved as well.”  (Abelly, vol. 3, chap. 11, sect. 6, p. 149)

This pandemic that has brought us together in our homes is grace and blessing, to allow us to come to know each other better and to strengthen the spirit of charity and fraternity within our communities. Once we go back to the ordinary tasks of missionary life, how good that the words of Bishop Pedro Schumacher, C.M., are fulfilled in each one of us. This German bishop, a missionary in Portoviejo, Ecuador, died in the odor of sanctity in Samaniego, Nariño, Colombia, in 1902: “May your presence cause joy and your absence sadness.”

3. A Missioner who dies with weapons in hand …

In many of our societies, missionaries like the common denominator of citizens reach a certain age, and enter the rank of “retirees” and get a pension. And this is fine, and it is fair. But besides being citizens of a people, we are members of a Congregation and we are so forever. Therefore, unlike the civil world, for a Vincentian there is no retirement in his being and the task of bishop, priest or brother … we continue to be Missioners until death and even more, beyond time and space, as we continue to be workers of the Kingdom “in the mission of heaven.” (CCD, vol. 11, conf. 102, p. 129)

Thus, De Jacobis understood it, for whom the apostle’s word was the norm of life: 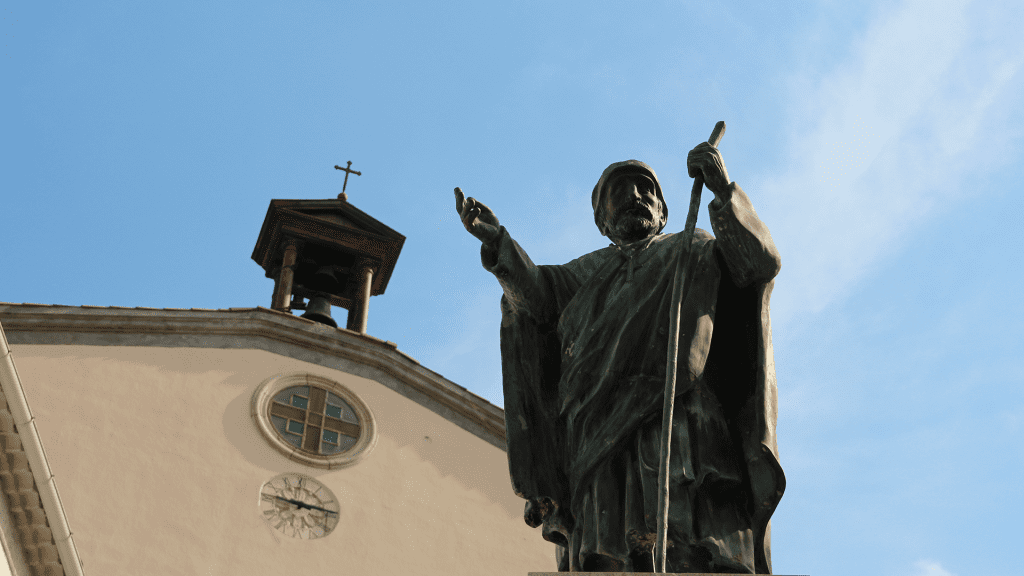 Statue of the Saint in San Fele (Italy), his hometown

“I exhort you before God and the Lord Jesus Christ, who will judge the living and the dead in his manifestation and his kingdom, that you preach the word; that you urge in time and out of time; reprove, rebuke, exhort with all patience and teaching. For the time will come when they will not allow sound doctrine, but, itching to hear, teachers will crowd in according to their own desires, and turn their ears away from the truth and return to fables.

But you, be sober in everything, bear with afflictions, do the work of an evangelist, fulfill your ministry. Because I am already to be sacrificed, and the time of my departure is near. I have fought the good fight, I have finished the race, I have kept the faith. For the rest, the crown of justice is kept for me, which the Lord, the just judge, will give me on that day; and not only to me, but also to all who love his coming. (2 Tim. 4, 1- 8.)

De Jacobis died as a good passer-by. He had no deathbed other than the shade of a leafy tree, and a rough stone for a pillow found on the side of the road. He had no more treasure than Christ the evangelizer of the poor and bequeathed this unique treasure to his brothers so that they loved him dearly, and took it to the poor who everywhere want to know, love and serve him.

For us Vincentian Missioners of today and tomorrow, there is no excuse as there was no excuse for yesterday’s workers. We can always do something for Christ, the Church, the Congregation, and the poor, because in the Lord’s house there are no great and small works, nor first- and second-class ministries. We are all first-class day laborers. (Mt. 20,1.16.) Laziness does not fit in the dictionary of a Vincentian. Saint Justin de Jacobis: his name alone evokes everything. If this older brother doesn’t push us to follow Christ, then who will?

As poetically affirmed by Antonio Machado, we, like De Jacobis, leave tracks on our own path:

Walker, your footprints are
the way and nothing else;

Walker, there is no path,

you make your way by walking.
By walking is the path made,
and by looking back
you see the path
that never is to be trodden again.
Walker, there is no way,
but waves in the sea.