The Vincentian Mission in Tunisia 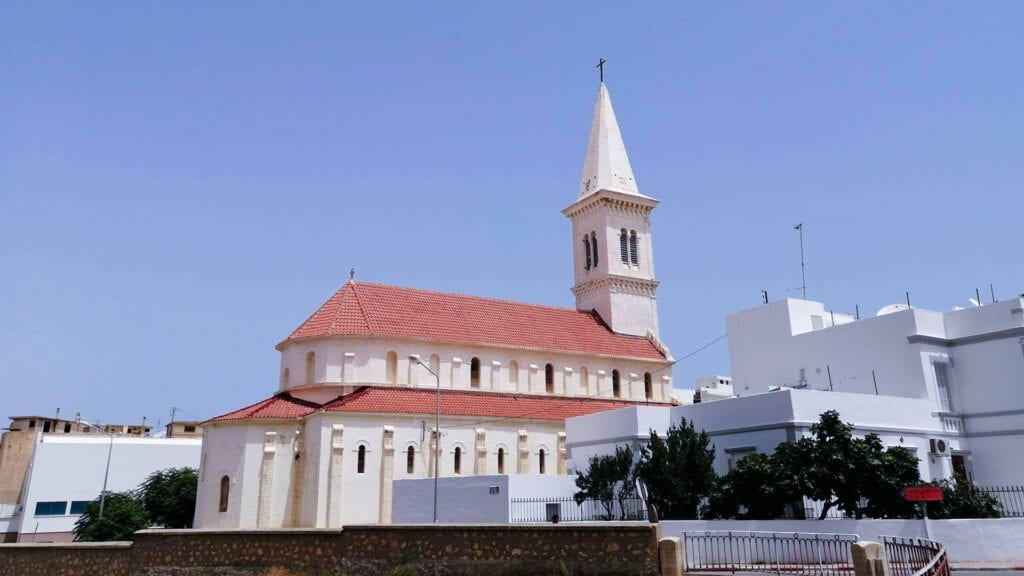 The presence of the Congregation of the Mission in Tunisia in its current version dates from September 2011 and it is at the request of the archbishop of the time Monsignor Maroun Laham that the superior general Father Gregory Gay sent two missionaries welcomed to Tunis the capital. They dropped their suitcases for the first time at the Parish of Saint Augustine and Saint Fidèle de la Goulette.Tunisia is a country in North Africa located on the Mediterranean coast and on the edge of the Sahara Desert. Islam in Tunisia is considered the official religion. It is estimated that the very large majority of the Tunisian population does indeed consider itself Muslim. Most Muslims are Sunnis of the Malikite rite (classic schools of Sunni Muslim law, a rite based on the teaching of Imam Mālik ibn Anas), but also of the Hanafi rite (teachings of the ancient legal schools of Koufa and Basra which are based on a theologian, Imām Abū Hanīfa). In Tunisia, Christians represent one percent of the population and are for the most part foreigners residing in the country. There is also a minority, converted Tunisians. These “new Christians” (converts) are often young men or women, some of whom live their faith far from their families. Despite the freedom of conscience recognized by the constitution, converted Tunisians can be arrested by the police. As for the families, they often find it difficult to accept their conversion, for fear of judgments but also in the face of misunderstanding.

The beginning of our missionary establishment in Tunisia took place in a context marked by the challenges of the Revolution and the Arab Spring in Tunisia with its corollaries of the insecurity that reigned in this part of North Africa.

In accordance with the Vincentian charism, the missionary confreres on their arrival become part of the activities of the local Church through the following areas: accompaniment of the parish Christian community; accompaniment of the Daughters of Charity; animation in the service of prisons and diocesan Caritas, etc.

In 2016, the archbishop of Tunisia entrusted the Congregation with a second parish located in Sousse, the parish of Saint-Félix, renowned for welcoming tourists and sub-Saharan students. Three African confreres animate our two parishes while rendering other services to the diocese and collaborate with the Vincentian Family.

The confreres accompany religious communities and preach retreats and days of recollection to them; they provide tutoring in French and English to adults and young people with an introductory computer course opened since last year. The diocese has also entrusted us with the chaplaincy of the Saint Augustine Clinic, the chaplaincy of the Family Home of Rades, the diocesan chaplaincy of Divine Mercy and the Coordination of the Diocesan Commission for Ecumenism. We are also elected members of the Presbyteral Council, the Episcopal Council, and the College of Consultors.

Our Vincentian family in Tunisia is very small, its branches are the Daughters of Charity, the JMV, and we, the Congregation of the Mission. The attempt to create other branches of the Vincentian family was unsuccessful for lack of members.

As a Vincentian family, we collaborate in projects for migrants, the elderly, unmarried mothers, Tunisian associations, the disabled …, so we work together on the issue of young people and vocations, and quite regularly, we meet for retreats and celebrations of the feasts of our founders.

Speaking of vocations, number 37, § 1 of our Statutes stipulates that “The Provinces, the Houses and all the Confreres will be keen to raise up candidates for the Vincentian mission.” With the Daughters of Charity, we have formed a group that supervise and accompany young students who want to know us better, Tunisian Christians also make discernment with us as well as in other religious congregations present in Tunisia.

Our Congregation cannot fulfill its mission without new vocations. It is clear that a vocation is a gift from God, and that no human effort can replace the action of the Spirit. Yet God uses human instruments to continue his work of salvation. It is our mission and our spiritual heritage that make us all promoters of vocations; the promotion of vocations simply means creating in our pastoral work the conditions and providing the adequate means to awaken and help to develop in our young people their own vocation and to respond to it. In this spirit we organize monthly vocation weekends in one or the other of our two parishes for young sub-Saharan students and Tunisian converts who want to know us better. For this summer, from July 15 to September 15, 9 young people will come to live with us in La Goulette in apartments that we have rented, first to live with us a certain community life. Then they will participate in prayer with us and in our Eucharist. They will accompany us in our various Vincentian and pastoral activities and will try to reflect among themselves to know what direction to give to their life once they have finished their studies in Tunisia. In turn, the Daughters of Charity and the confreres will come in for talks with them.

The question of vocation remains for us the first great challenge. Tunisia is a mission of the Curia, however; it is capable of having vocations with regard to all the young students whom we accompany. The question of the orientation to be given to young people who wish to come to us arises each year that one or the other finishes his or her bachelor’s or master’s studies and that they should be recommended for a formation house.

The reality of the mission in this country is very different. It begins first with learning the language which must last over time, and with understanding the culture. The Arabic language is easy to learn but it still remains a great challenge because learning it takes enough time and requires a lot of sacrifice. Finally, another challenge of our missionary presence in Tunisia is the question of stability. From 2011 to today, several confreres responded to the missionary call of the superior general to come to Tunisia but stayed only briefly, yet a mission like ours requires a certain stability in order to learn the language better and therefore to soak up the culture.