As part of the pastoral planning process in the missionary area of Renacimiento, there arose the possibility of developing a collaborative project with MIDES. Therefore, a survey was taken (involving 130 families) and a basic document developed (Incidence of the low level of integration and innovation in the farming family: latent reality of the rural family). This document was developed by an interdisciplinary team (sociologist, social worker, community developer, psychologist, educator, industrial engineer, delegates of the Word, catechists and I [the president of this interdisciplinary group]). This was done in collaboration with the national director of social inclusion (MIDES) Juan Carlos Córdoba who supports the proposal for intervention in this zone. This pastoral project is related to the development of charity and political advocacy and is a systemic change project that is in line with the recent writings of Pope Francis and the pastoral guidelines of the Congregation of the Mission.

In coordination with Adveniat, Fepar, the ecclesial base community of Petrus Dominical and the cooperative of small producers in Herrera, we have been able to provide assistance to 500 poor families during this time of pandemic. At the same time, this money has been invested in the purchase of products from the campesino families in Dominical and Herrera which strengthened the local economy (this directly helped 40 small producers … twofold economic benefit; twofold charity).

3. Education with seeds, knowledge and flavor, empowerment of women and alternative pedagogy through means of the radio: Together with the program, Culturama on Radio Chiriqui, the Embassy of England in Panama, the chapel of Saint Francis in Bugaba and the group Petrus de Dominical, twelve radio programs and podcasts have been developed focused on the experience of food production, and the importance of women in the farming family. As women have been able to speak about their activity, work and commitment, they become empowered, grew in self-esteem, verbalized their feelings and gave witness to the strength of women in the rural area. In this way they became an example for the people who listened to them on the radio. The program is called: Educating with seeds, knowledge and flavor and is transmitted on Monday morning from 5:30am to 6:00am and retransmitted on Thursday from 5:00p to 5:30pm on Radio Chiriquí (106.9FM).

Hurricane Eta created a disaster on the community farm of the group Petrus Dominical and on the farm of our allies in Tiago Baitún. The direct loss in work and seed is approximately $1,200 which in turn would have produced a profit of between $8,000 – $10,000 that would have been invested in bettering the family farms. The campesino family is resilient and resistant, and they have sown their lands once again with the hope that better days are still to come. The manner in which these people work 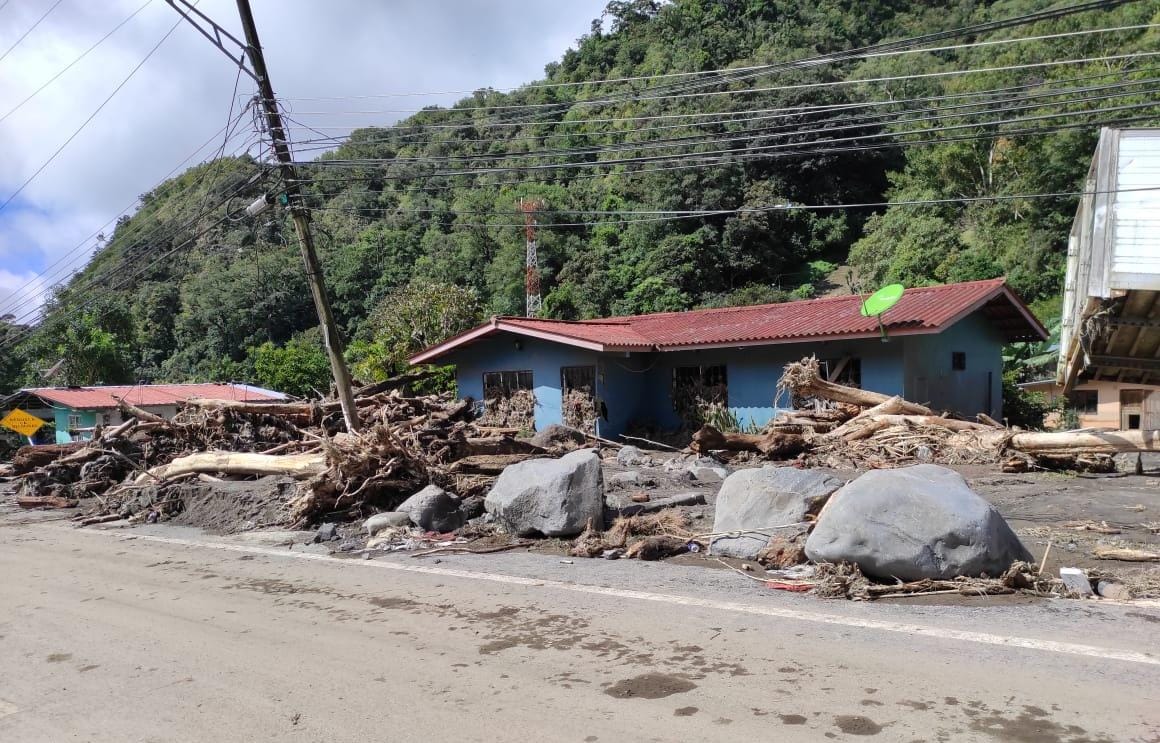 together has allowed us to save $20,000 in labor while, at the same time, the people built community among themselves.

We have requested funds to improve the house in Renacimiento in order to strengthen the mission on the Frontier. We have filled out a form for monies from the Saint Vincent Fund of the Eastern Province in the United States and this form has been submitted to the superior of the house. The objective of the project is to promote formation and integration among the farming families who are living in the midst of poverty and who have recently become victims of a natural disaster.

Together with the Sacred Heart Parish in David, the Immaculate Conception Parish in Bugaba and the sector of Aserrío and San Andrés, we have been providing humanitarian assistance to some 200 families. The involves the mobilization of 20 4×4 vehicles. We express our gratitude to all those who have become involved in this project. We have also received support from the communities of San Isidro, Divala, Progreso, la Esperanza, Paso Ancho, Hornito, Tizingal.

The health authorities of the Province and the Republic have coordinated a medical tour in order to confront the emergency situation caused by hurricane Eta which created physical and psychological wounds in the people of this area. The medical team will be composed of an orthopedist, a cardiac vascular surgeon, a general surgeon, a peripheral vascular surgeon, five medical doctors and the COVID regional director of Davia.

Reaching out to the existential peripheries (Fratelli Tutti): the psychiatrist, Gloria Grimaldo (a specialist in Ignatian Spiritual Exercises) will coordinate two spiritual retreats for those persons who were afflicted by the Hurricane and the pandemic. Gisela Polo will also give a workshop on knowledge of the body through bio-dance, breathing techniques and self-knowledge

The deacon Victor Saldaña, Father Osvaldo Ayala, Xuaco Arnaíz, Eric Obaldía and some delegates of the Word support the 43 communities in this area through various liturgical celebrations. Through these celebrations we continue to encourage people to read the daily scriptural readings. Pre-baptismal preparation is held in Dominical and Baitún. This month we have the novena in San Andrés which is devoted to the theme of Fratelli Tutti. There will also be a triduum in preparation for the feast of Our Lady of Guadalupe in Aserrío with the theme: Mary the Samaritan. We are also beginning to prepare for the feast of the Nativity in the various sectors.

the organized campesinos denounced the authorities at the Ministry of Agricultural Development (MIDA) for the lack of technical assistance on the part of functionaries who have not fulfilled their obligations. We have sought assistance from agricultural engineers (experts in agriculture and ecology) who are willing to provide us with assistance at no cost. These individuals work from the perspective as outlined in Laudato Si. A group of neighbors have organized themselves to be on the watch for contraband.