Catherine Labouré, the Saint of Silence 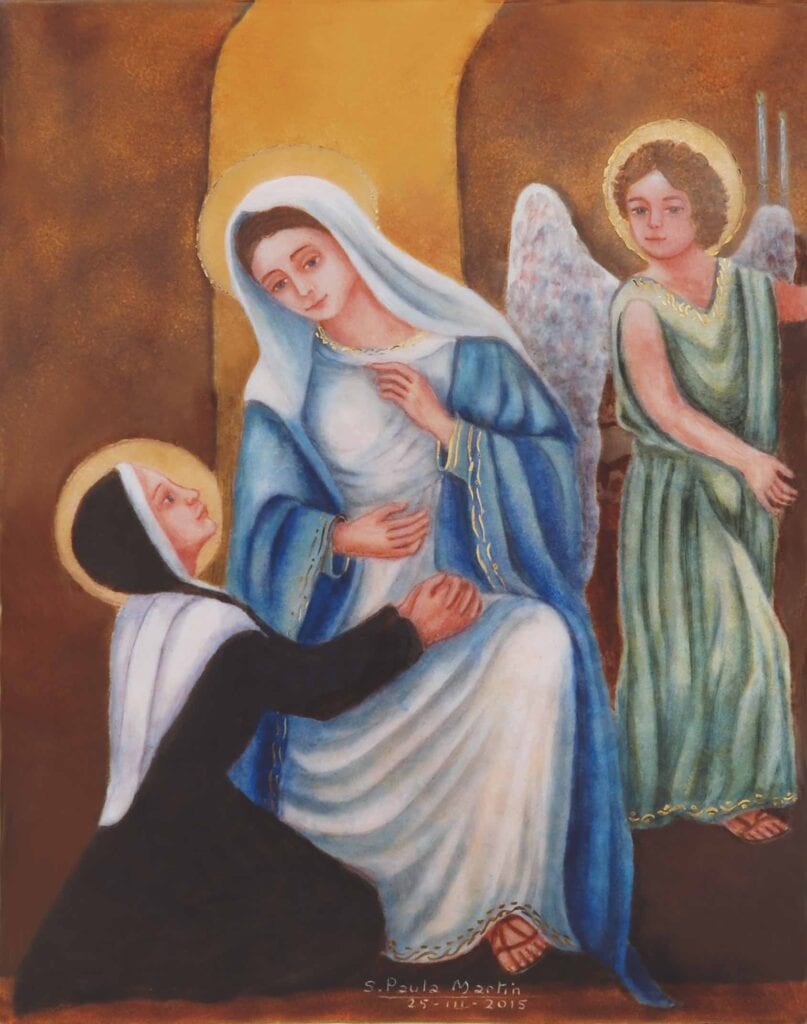 Catherine Labouré is a very human woman, a saint very close to us.  Her life was, at the same time, extraordinarily simple and extraordinarily remarkable.  She possessed a true passion for God, the Blessed Virgin, Saint Vincent and those who are poor.  Her personality was exceptionally rich in its simplicity and humility.

Catherine was a girl from the countryside of Burgundy, the 8th in a family of 10 children.  Orphaned at 9 years old, she decided to replace the mother she had lost with our Heavenly Mother, Mary.  This act of faith would be a foundational event in her privileged relationship with “Heaven.”

On January 25, 1818, Catherine made her First Communion in the church of Moutiers-Saint-Jeanand became « all mystical » as her little sister, Tonine, perceived. From the age of 12, Catherine was her father’s main helper on the farm. Burdened with work, Catherine worked tirelessly, which fortified her and built her endurance over fatigue.  Each day she spent a long time in prayer.  Before beginning her day she found the way to attend Mass in the church at Moutiers-Saint-Jean.   At age 13 Catherine was as much a “contemplative” as she was “mistress of the house.”

Around 15 – 16 years old, she had a strange dream, one of the kinds of dreams that the Gospel calls prophetic, whose meaning becomes clear only at a later time. Catherine was visited by St. Vincent de Paul who spoke to her and invited her to follow him.  At about 18 years old she told her father she wanted to enter the Daughters of Charity.  He refused and hoped to change her mind by sending her to Paris to work as a cook and waitress in the restaurant of her brother.

When Catherine was 22 years old her father finally granted her desire to pursue her vocation.  In April of 1830, Catherine entered the Seminary at the Motherhouse on rue du Bac, Paris.  She greatly admired St. Vincent de Paul and drew strength, patience, and enlightenment from prayer.  Smiling and cheerful, Catherine focused on others and on a day to day service. 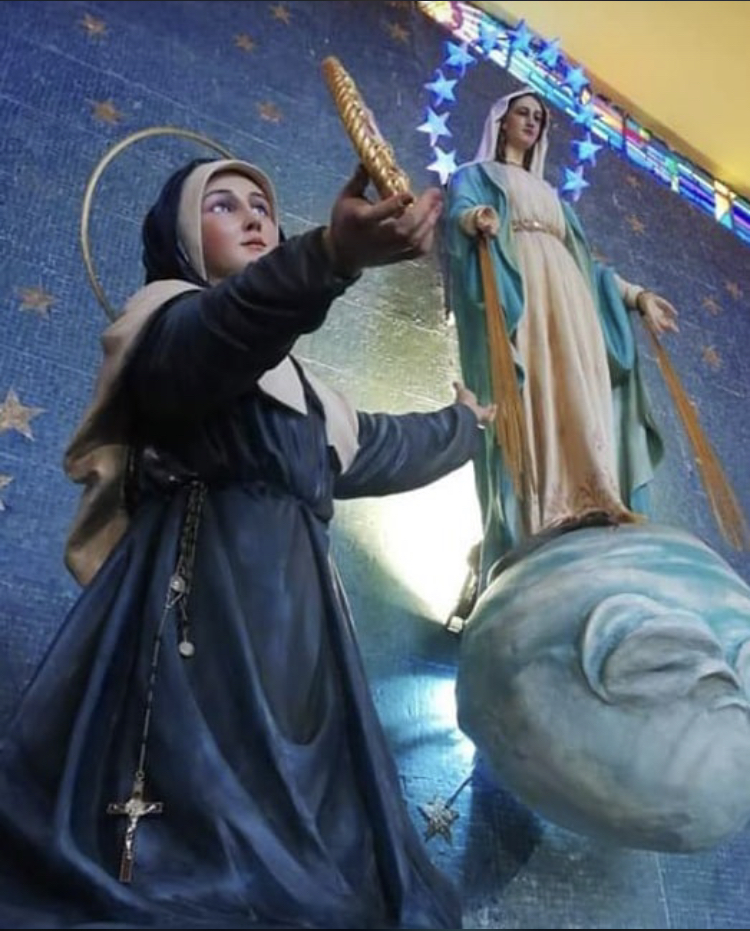 From her arrival in the Seminary, Catherine received personal visions (of the heart of St. Vincent and of Our Lord in the Eucharist) and then two apparitions of Mary which had a message of evangelization for the Church and the world.  These two apparitions, on July 18 and November 27, are inseparable.  The first prepared for the second which, surely, was of great importance: Mary Immaculate confided the Medal to the world.  By this symbol Mary revealed her Immaculate Conception; the reverse of the Medal gave symbols which linked Mary intimately with the mysteries of the Incarnation and the Redemption.

For Catherine, God was not an idea but a presence: Jesus Christ, God made a man among humans, among those who are poor.  At the end of January 1831 she was sent to serve the elderly in the hospice of Enghien, the poor of that neighborhood, those who were afflicted, saddened, the marginalized.  During 46 years of untiring service, she was a harbor of peace for everyone, looking out for the elderly with unusual generosity, especially those who were the most disagreeable.  She gave equal attention to the sick whom she attended during their agony.  She saw the face of Christ in each one.  She was a “visionary” but above all a “believer” which was shown heroically in unexpected and difficult situations, notably during the Commune: all is for God.

During the first days of 1877 Sister Catherine was buried under the house in Reuilly.  Seventy years after her death she was canonized.  In 1933 the body of Catherine was transferred to the Chapel at rue du Bac and placed under the altar of the statue of Our Lady of the Globe.  Thus, Catherine appears as the first witness to a new type of holiness, without glory or human triumph that the Holy Spirit began to bring for modern times.