The Case for Community Supported Public Art as a Vincentian Ministry 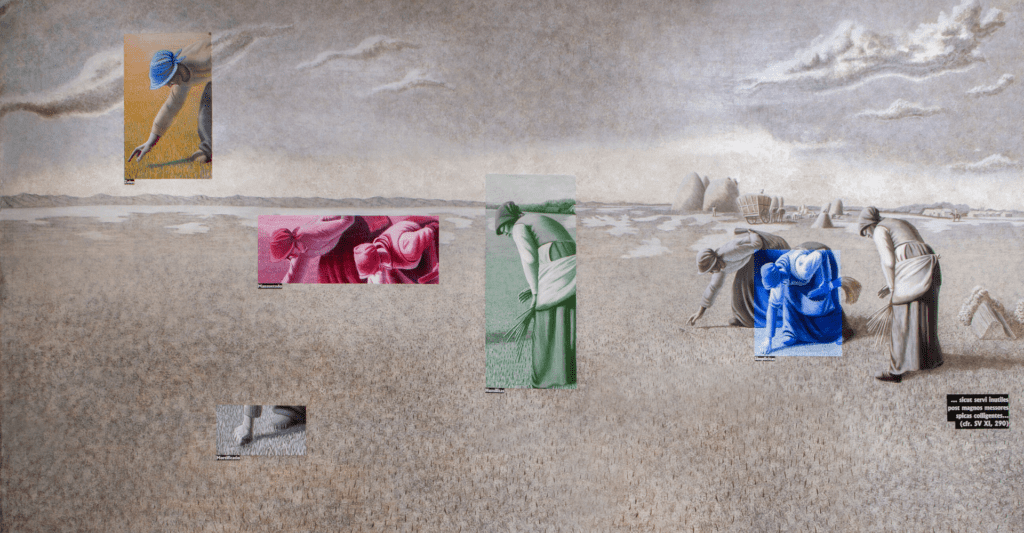 The Vincentian Family, The Gleaners, the Curia, Rome, 2000.

It’s been over twenty years ago now, since the time I was asked (or was given permission), to paint a mural cycle in the lobby of the Curia General in Rome.  The Rev. Robert Maloney, cm, Superior General at the time, had heard and seen some my earlier works of mural art in Chicago.  So I think he felt comfortable in allowing me this opportunity.  The other confreres living at the Curia in 2000, naturally, were more reserved.  I’m sure they expected me to have a theme and sketches ready when I walked in the door in February of that year.  I showed the house a presentation of my earlier mural works, and when I was finished, I asked the question, “What should a mural composition say to the visitors of the Curia?”  “What do you, members of the house-the community, want to say in this mural?”  By asking questions like this, I was at their service, and the confreres were actually surprised.  They did not know that art could be made strictly from a dialogue with them. They did not know they could fabricate some of the art itself.  I am an artist whose being is an instrument for the will of the community. Whatever or wherever that community is.  This is the very essence of how I work and teach about art, so that I can be the voice of those without a voice.  If my version of art making were present in Vincent’s time, I really believe he would be comfortable with what I was doing, and try to encourage it.

For many people, the stereotype of art-making seems to be self-centered.  Admittedly, in the commercial contemporary art world, it is.  It is their business to make art pieces as commodities, sell them, and promote the name of the artist.  It is hard for them to separate the artist’s private work from their public life, it’s all the same in many ways.

For me it is different.  I like making murals because murals cannot be a commodity of art.  They are available for anyone to enjoy at anytime, especially the ones that are on exterior walls. That may sound rather socialist, but it can be very Christian in it’s approach.  Let me give an example or two.

I was in my DePaul University office one day in 2007, when I got a call from a representative of a Catholic primary school in Philadelphia, PA. (On the east coast of the USA.) The school (the DePaul Catholic School) had seen some my works, and wanted to invite me to do a mural for them.  Their intent was to show the neighborhood what their new school was about. If the reader has the wherewithal to explore ‘murals in Philadelphia’, it would lead the reader to a revelation.  The whole and entire city understands the value of ‘Community-Supported Public Art’. The city is filled with it.

As I write this, there are over 4,000 outdoor mural pieces in every part of Philadelphia. They are in rich and poor neighborhoods alike.  All very well maintained and new ones are being added every year.  So when it came time for me to start working with the people at The DePaul Catholic School in Germantown of Philadelphia, I was introduced to the whole neighborhood.  Over 200 hundred people from the school and the surrounding neighborhood came to my presentation and listening session.  Collectively they understood right away what they wanted to say and they could see I was listening. A month later, when I revealed my first sketch for the school, they could see I heard them. The whole of the neighborhood liked the proposal and excitement for the project was felt across the neighborhood.

It took 3 summer sessions (of six weeks each) were I led any and all volunteers in an open door workshop.  Basic parts of the mural were broken down to where anyone from 6 to 85 can come and help paint the mural.  And they did, over 250 people came and helped me paint and install the mural, by the time it was completed in 2010.  This includes our own Superior General at the time, Fr. Gregory Gay, CM

The color, the composition, and all the people participating, is great evidence of the mural’s effectiveness.  It is still one of the brighter parts of Germantown. 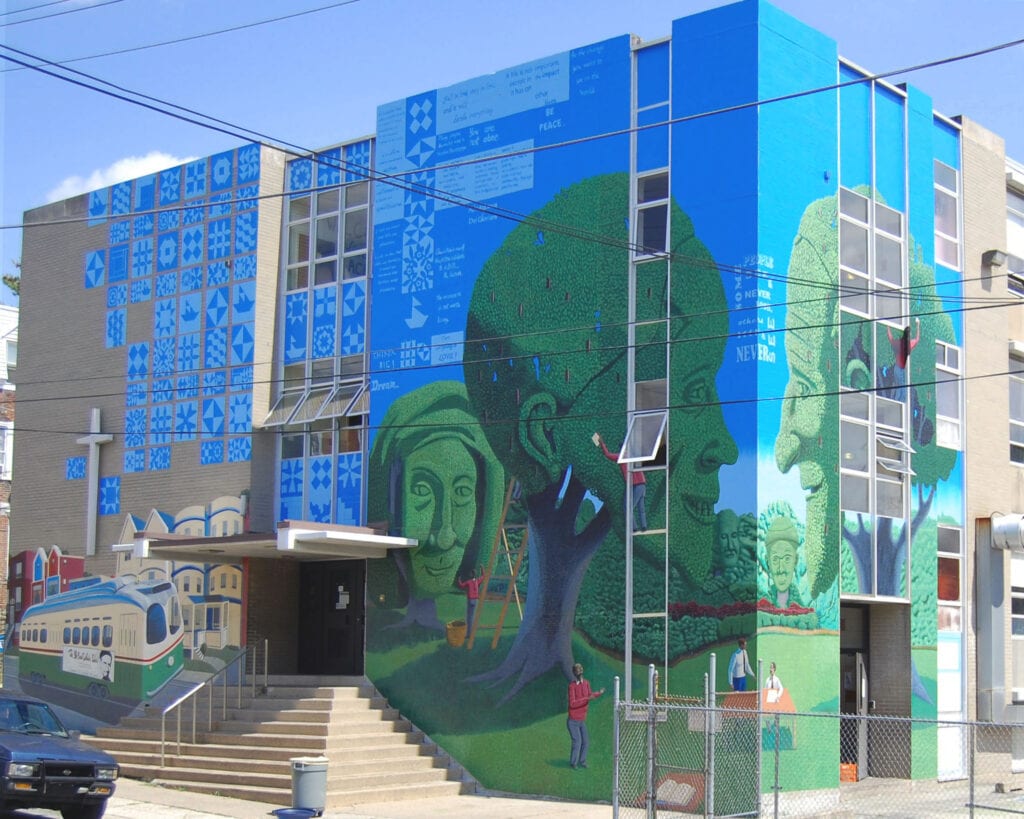 When the mural was installed in the late summer of 2007, it was received well for it’s positive message.

I have other pieces around the United States. Both at schools and parishes. All done in a similar fashion.  Right now I am working a rather strenuous effort at DePaul University.  It is located under the Fullerton elevated train stop in the neighborhood of Lincoln Park.  The tracks are held up by large concrete pillars.  Since DePaul is about to celebrate it’s 125th anniversary soon.  I thought it would be good to illustrate it’s history by decorating the pillars that hold up the station.  I got the cooperation of the Chicago Transit Authority and the University.  They both were excited over the idea.  All of the content comes from the people of the University.  The faculty, staff and students.  Students have a great deal in fabricating the now eighteen pillars that make up the collection, and when it’s complete there will be twenty-five.

All of the reading I have done on St. Vincent, tells me that in his day, the making of visual art was something that a member of the Congregation should not be a part of.

I think he was bothered by the vanity and the commercialization that he saw in art of that time.  So what would he think of my efforts in 2021? 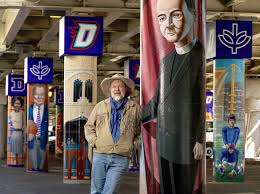 Bro. Mark and The Story of the Little School Under the ‘L’, Under the ‘L’ , 2021. Photo credit: Jaime Moncrief

I really believe he would be comfortable with it.  Because he would see that whole impoverished communities would have a way to voice and visualize what is important them.  The ownership of the message, the excitement of empowerment, these are wonderful things to see in the people for each new piece that I help make.

St. Vincent may not like his portrait in the lobby of the Curia.  (How could he? Being the true man of humility.) But it was the choice of the confreres of the house at time to have it there.  Just as the rest of the mural was theirs.  They made some great choices which can still be seen today.

Faculty member of The Art School at DePaul University in Chicago, IL