The Merciful Eyes of Mary

At the approach of the month of May, the month of Mary, I have a desire to write boldly about the eyes of the Immaculate Virgin. Truly bold, but with the help of our Blessed Mother, I trust that she will enlighten me as I engage in this reflection.

This reflection is inspired by the sharing of one of our missionary veterans: before 1950, the Vincentian seminarians spent their vacation on a farm near the savannahs of Bogota. During that time of leisure, the Archbishop of Bogotá, Ismael Perdomo (a close friend of the Congregation who was declared Venerable on July 7, 2017) visited us and asked the seminarians who approached him with deep veneration: What are the eyes of the Virgin like? Immediately, Brother Eduardo Arboleda, with his intellectual and spiritual sharpness, replied: Your excellency, her eyes are merciful!. I was intrigued by his answer and so I asked him how he had come to that conclusion. He stated very simply: because of the Salve that we pray every day.

Let us separate our reflection into sections:

And if this is the reality, how then can I speak of the merciful eyes of Mary, if I have never seen them, as Saint Bernadette, the shepherds at Fatima and especially Mélanie Calvat in Salette, or Saint Catherine Labouré, who was able to see those eyes up close? But it is good for us to reflect on those testimonies, which can provide us with much assistance in our journey as pilgrims.

Let us now return to another seer, who is the one who gives us the final key to this reflection. Here I refer to Mélanie Calvat to whom the Virgin appeared on the mountain of Salette. Mélanie tell us that the eyes of the Virgin, our tender mother, cannot be described. To do so the very language of God would be needed … The eyes of the beautiful Immaculate Virgin were like the door of God, from where you could see everything that can intoxicate the soul. 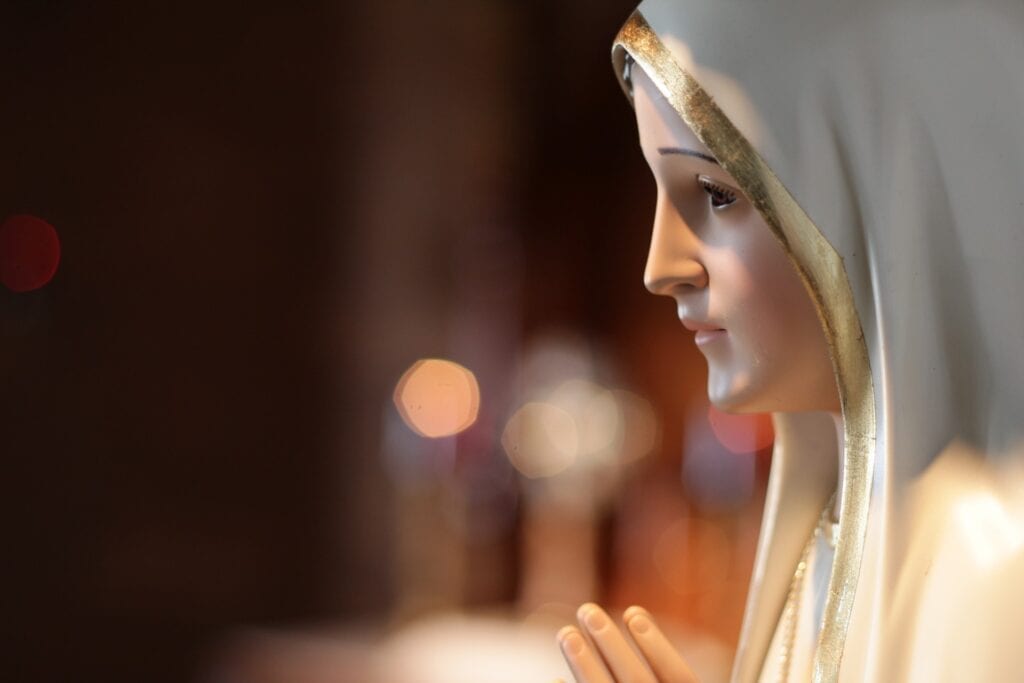 As men and women of faith, we call upon God’s mercy in order to find a solution to the world’s problems.   In this situation, we can invoke Mary, the Mother of all consolation and observe the sweetness of her gaze. With those merciful eyes, she intercedes before her Son for us especially during these very complicated moments of unbelief, natural disasters, wars, hunger and the current reality of the pandemic, which afflicts even the most distant places of the world.

Yes, Miraculous Mother, we need your mercy because we are infinitely poor. Your immense love becomes for us an ocean of goodness, mercy, and piety. We thank you for your love, and above all we recognize the mercy of your face and your heart. You have eyes and a heart made of goodness … O clement, O loving, O sweet Virgin Mary!