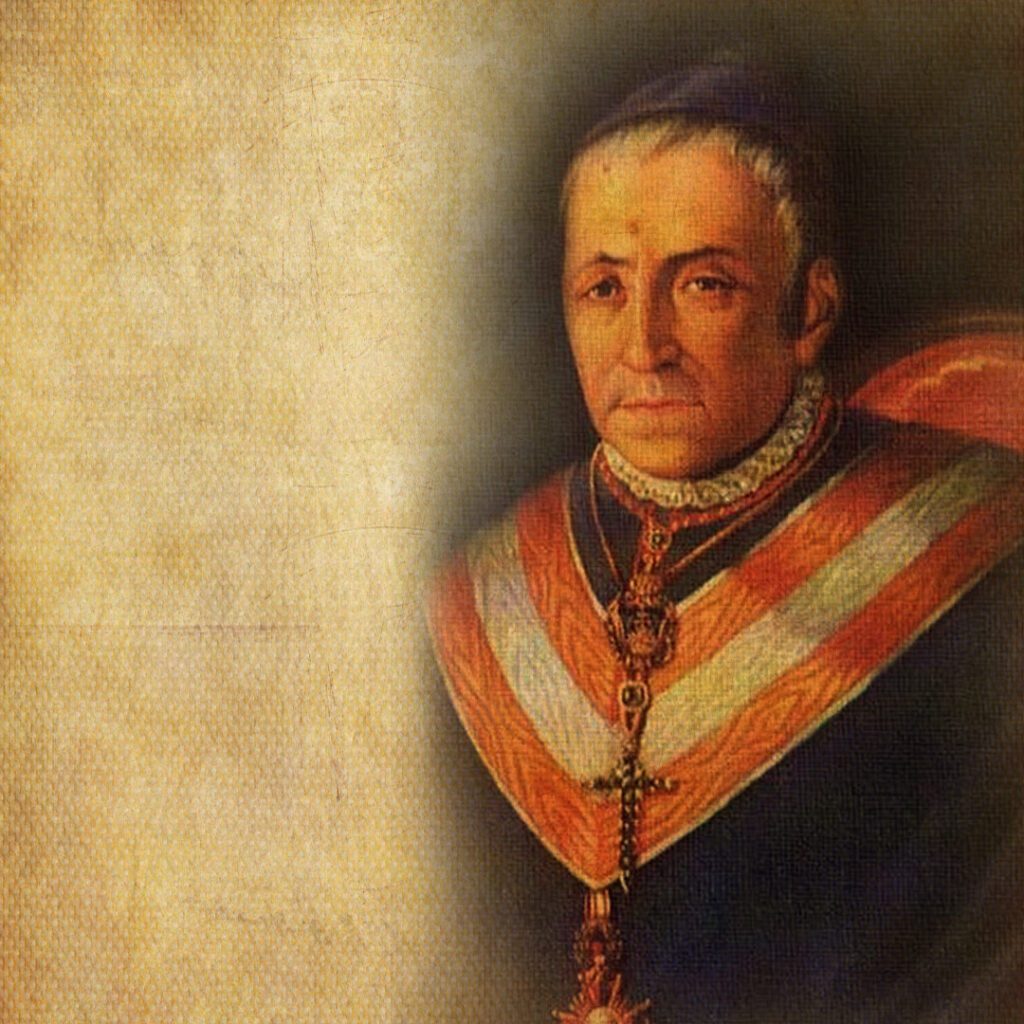 Buenaventura Codina y Augerolas was born on 3 June 1785 in Hostalrich, province of Gerona. He entered the Congregation of the Mission of Saint Vincent de Paul, where he became Superior of the Congregation in Spain in 1841. Proposed by the government of Isabella II as Bishop of the Canary Islands, he went to Las Palmas de Gran Canaria, capital of his new diocese, on 4 March 1848.

The episcopal ministry of Bishop Codina took place in the difficult 19th century, in which the Spanish Church underwent a real barrage of difficulties.

In this respect, Bishop Buenaventura’s work was projected in a twofold direction:

a) The consolidation of the “edifice” of the Congregation of the Mission in Spain: As soon as he was incorporated into the Community of Badajoz in 1828, he became the right arm of the Visitors. On 24 July 1834, the famous “killings” of the religious broke out. Thus began for the religious a dangerous exodus, fleeing from the fanaticism of the masses. Codina knew how to guide his companions with prudence and wisdom.

a) His concern for the clergy: Upon his arrival in the diocese, he found the seminary in a deplorable state. Codina appointed Father Pedro González as Rector of the seminary and, with him, personally followed the new plan for the academic and spiritual formation of the students. At the end of his episcopate, he entrusted the direction of the seminary to the Jesuits. The Cathedral Chapter was in the same state of prostration and almost extinction. The bishop, with his personal commitment among the authorities too, succeeded in reconstituting the Chapter.

b) His missionary dimension: Bishop Codina never ceased to belong, body and soul, to the Congregation of the Mission, from which he never wanted to separate himself.

c) The heroic nature of his life: When the cholera epidemic was declared officially, the Bishop appointed a committee of 34 people to deal with this dramatic situation. He was the first benefactor and did his utmost in a truly heroic way.

The last years of his life were spent in a deep dark night. It seems that Father Etienne, Superior General of the Congregation, notified him of his expulsion from the Community for failing to account for his appointment as Bishop. The Bishop reminded him of the triple renunciation he had made at the appointment and the order of obedience by which the Pope had obliged him to accept his office. These bitter circumstances caused, as one chronicler wrote, “the vertical physical decline of the Bishop.” Finally, an accident in the parish of Tafira caused him to suffer from dropsy, which resulted in his death on 18 November 1857.

The drafting of the “Positio super virtutibus” is in progress.

Prayer to obtain graces through the intercession of the Servant of God, Buenaventura Codina:

Our Father, You created your servant Buenaventura Codina and, in his heroic charity, You sanctified Your name and extended Your kingdom through preaching and the Eucharistic celebration. Your servant did not disappoint you; he was able to respond to Your call and mission with generous fidelity to Your gospel even in the smallest things, as a testimony of love for Your goodness. His life, Lord, was a constant intercession for the poor and the sick, asking for our daily bread; our, not my, shared bread. He was aware of the misery of sin. That is why he asked You to forgive him his debts, as he forgave his debtors, who were never absent throughout his entire life. Because we want to imitate him, we ask You, O Lord, not to abandon us in the temptation to want to be like gods; nor in disinteresting ourselves from our brother, like Cain; nor in human respect, like Peter; nor in preferring money, power, or fame to following Your Son. Through his intercession, we beseech You, deliver us from spiritual and material evils, and, in a special way, from that which concerns me most, granting us, if necessary according to Your will, the grace we desire for the beatification of your servant Buenaventura Codina. In communion with Mary and through the action of the Holy Spirit, we say our life’s yes to You who are God the Father, God the Son, and God the Holy Spirit. Amen.