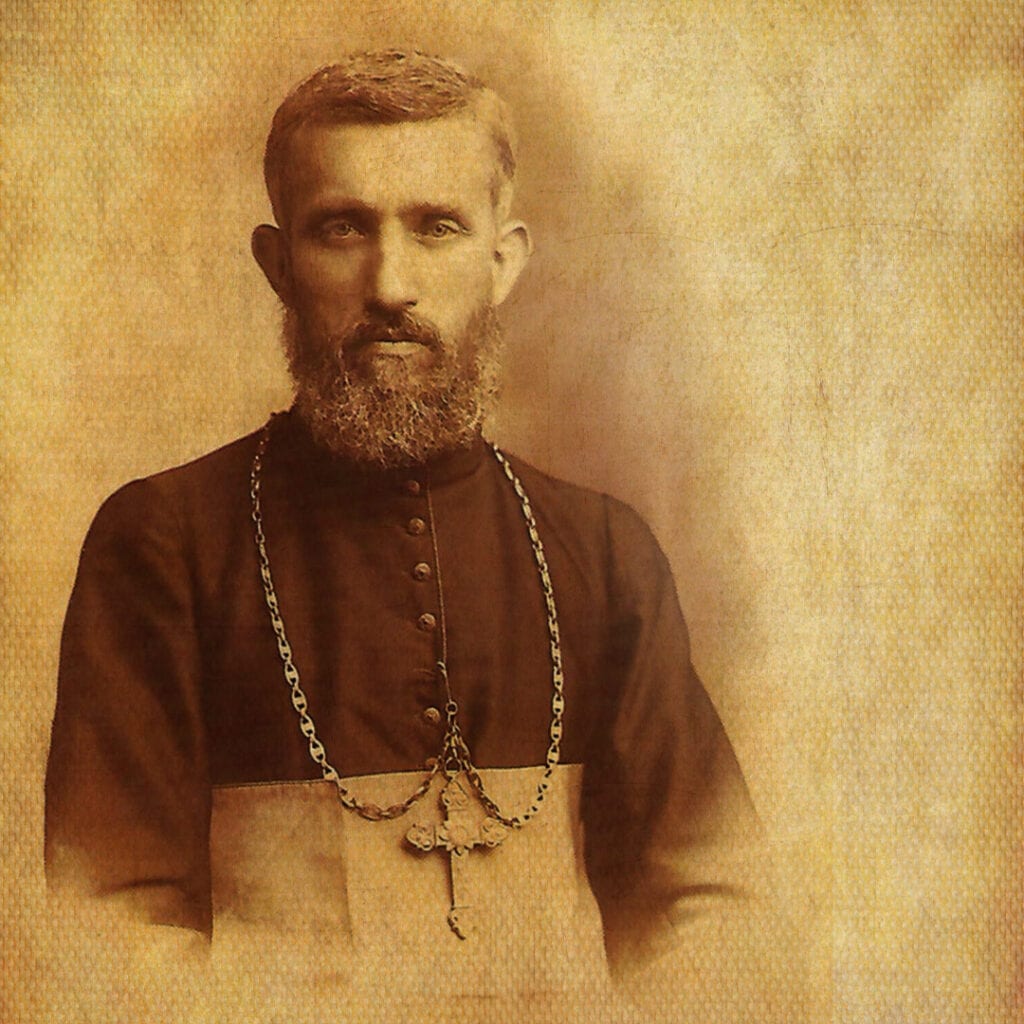 He was born on 16 June 1869 in Dinsheim sur Bruche. At the age of 14, he decided to become a missionary and to join the Congregation of the Mission, founded by Saint Vincent de Paul. Ordained a priest at the age of 26, he was sent on mission to Persia, to the Vincentian school in Urmia. Two years later, he was appointed superior of the Tehran Mission school, which had 17 students at the beginning. In 1909, he had a new school built to accommodate 300 students.

He was appointed Apostolic Delegate and Archbishop of Isfahan in 1910. He was 41 years old. In May 1915, some 50,000 Assyrian-Chaldeans fled the genocide in Turkey. Bishop Sontag brought help to these unfortunate people. Likewise he protected the Muslims, also victims of abuse by other communities in conflict, seeking to alleviate their suffering.

Thousands of refugees flocked to the French Mission. The Apostolic Delegate appealed to the generosity of Christians in France, distributed the aid received, and sold his personal belongings. But faced with epidemics, looting, and mass crimes fomented by the Ottoman political leaders and their allies, these actions, if they alleviate the suffering, did not remedy the desperate situation of the Christians. Several villages were sacked, the inhabitants decimated. In July 1918, he provided assistance to more than 60,000 Christians fleeing into Kurdistan, before the final massacre at Urmia. Believing that his place was among his refugee “sheep” at the Mission, he was murdered, at the age of 49, on 31 July 1918, in front of Urmia Church.