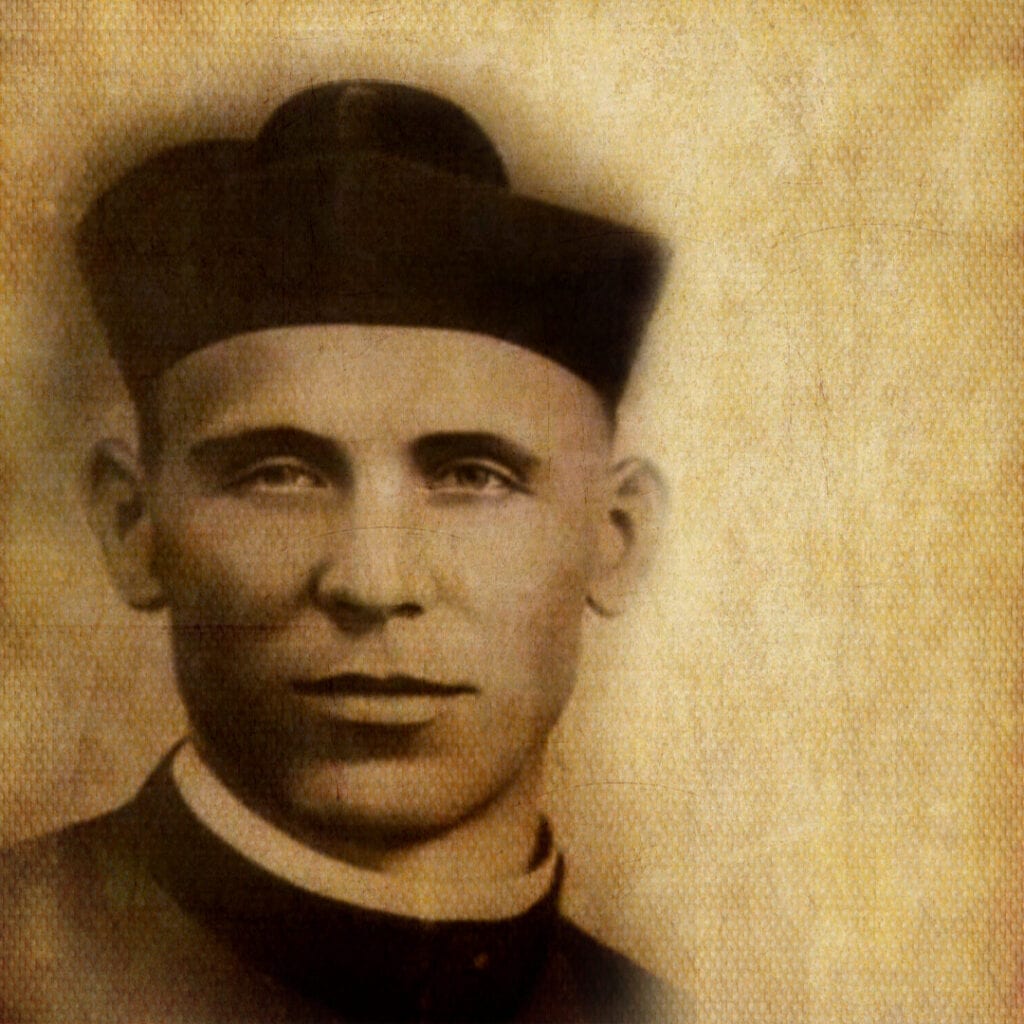 Born in Slake on 11 December 1906, to Janez and Maria Mlaker, a family of fervent Christians. He had two brothers and two sisters. He attended elementary school from 1913 to 1920 in Podčetrtek, his native land. He went to high school in Ljubljana as a student of the House of Students in Tabor. After his high school graduation, he entered the Internal Seminary of the CM. After one year, he began theology. When he finished his studies, he was ordained a priest on 3 August 1933. On 21 March 1935, he left Celje for Belgrade, where there was a young parish that was going through a very critical period due to the bad example of a predecessor. Strašek replaced him, serving as chaplain and catechist until 25 August 1938, when he was sent to Kosovska Mitrovica, where he first served as chaplain and catechist, then as pastor. He carried out this ministry from 26 August 1938 until 22 July 1941. On 24 July 1941, his superiors sent him back to Belgrade where he worked until 8 September 1946. In the meantime, he was still pastor of Kragujevac and Novi Kneževac (Banat).

When in Kragujevec, the Germans, in retaliation against the Partisans who had caused serious damage, killed 2,800 hostages between 21 and 23 October 1941. The priest Strašek also should have been among the hostages, if a German commander had not saved him. On 8 September 1946, he was appointed and installed as the pastor of Svetice near Karlovac. After the murder of the pastor of Ozalj, Father Janez Strašek also administered the parish of Ozalj, but not for long.

On Palm Sunday, 30 March 1947, after celebrating Mass early in the morning, while returning from Ozalj to Svetice, he ran into his two killers who were waiting for him in the woods. They shot him with a hunting rifle and covered him with branches, probably still alive; in fact, many signs showed that he was still struggling to survive, fighting for life. They beat him with a stick and, when he was almost dead, they left him in a bush. At the scene, remains of cigarettes were found. It is evident that those who killed Strašek smoked. Janez Strašek is a true martyr; not only was he killed, but he suffered torture and was beaten before he died. He was buried in Svetice.

Prayer for the Beatification of Janez Strašek CM

You endowed with generosity the Servant of God Janez Strašek, who was always ready to help anyone, and constantly proclaimed your Word without fear of anyone. You crowned his life and works with heroic faith until death.

We ask you to venerate him soon in the Church and to recommend him to us even more in our needs.

Through his intercession, grant us the grace we ask for….

Through Christ our Lord

The Cardinal of Zagreb is about to begin the “Process super martyrio.”