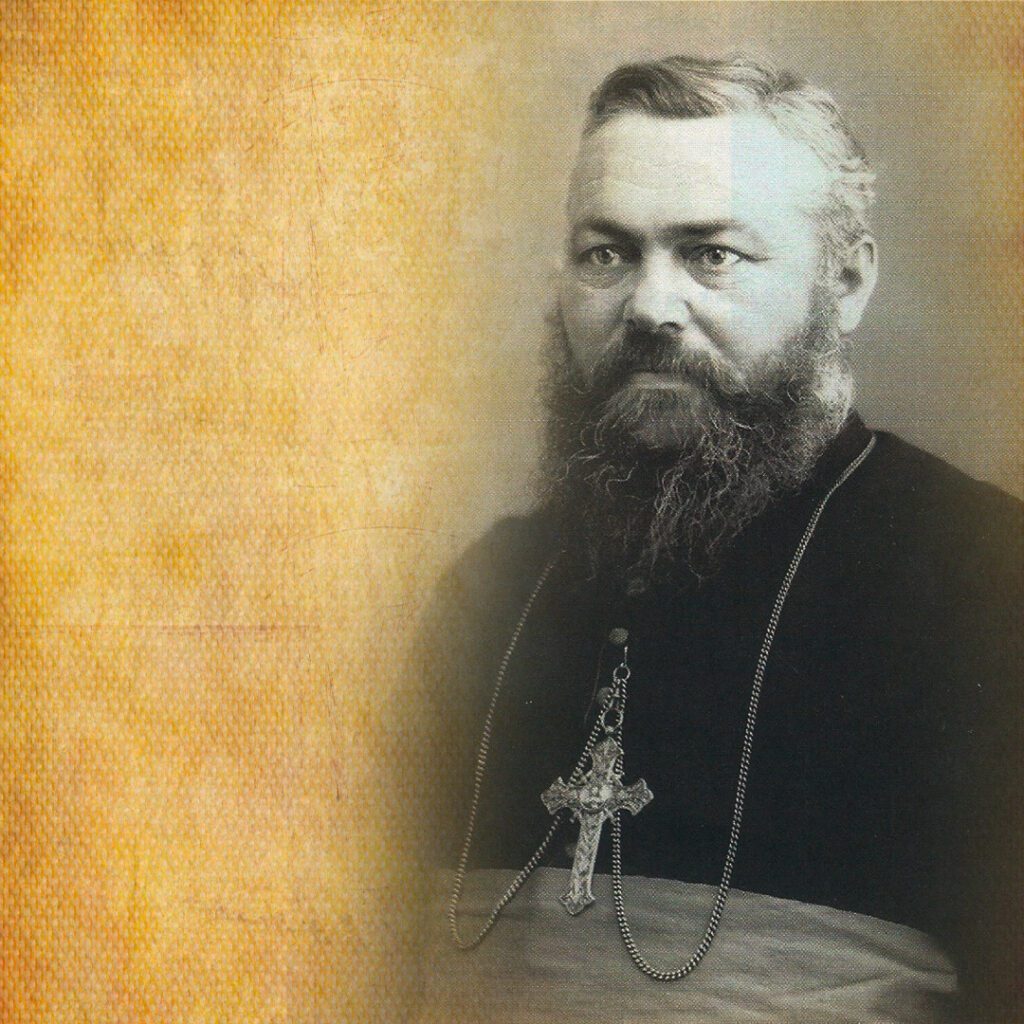 The Servant of God, Franciscus Hubertus Schraven, was born in Lottum (a hamlet within the municipality of Grubbenvorst, Province of Limbourg, Netherlands) on 13 October 1873. On 30 September 1894, Frans Schraven was officially admitted into the religious family founded by Saint Vincent de Paul and began his novitiate in Paris. On 27 May 1899, he was ordained a priest in the Chapel of the Motherhouse in Paris. He was eager to go on mission and, on 5 August 1899, he left for China. The Servant of God arrived in Shanghai on 30 September 1899. He was assigned to the Apostolic Vicariate of Zhengdingfu (260 kilometers south of Beijing).

In early 1902, Frans Schraven was appointed Director of the Ping-shan District. In 1904, he was called again to Zhengdingfu. After the death of Bishop Jules Bruguière, which occurred on 19 October 1906, he was in charge of the Vicariate until May 1907. He then was called to collaborate in the procurer’s office of Shanghai. At that time, China was experiencing a particularly delicate period in its history. In fact, in October 1911, a revolt had broken out in a central province. On 12 February 1912, the last emperor, Puyi, abdicated and General Yuan Shikai was designated as President of the Republic of China.

In 1914, the First World War broke out. China immediately declared its neutrality. In 1917, China, with an interim president, Feng Guozhang, declared war on Germany, in exchange for some economic support granted by the British and French.

During this period, the Tianjin Procure became a transient home for many missionaries who were recalled to their countries. In the fall of 1915, the Servant of God was recalled to Shanghai to assist the Vice-Procurator in management and was assigned the duties of Procurator General of the Missions in China for the duration of the war.

After the end of the war, after about 12 years of absence, the Servant of God was able to return to the Vicariate of Zhengdingfu. On 16 December 1920, Frans Schraven was appointed titular Bishop of Amyclae and Apostolic Vicar of Zhengdingfu. In 1925, the Servant of God made his first (and only) trip to Europe since he left for the mission. He was in Rome for an ad limina visit.

The Servant of God, therefore, returned to China and, because of the rather unstable situation at a political and social level, was able to reach his Vicariate only on 23 March 1926.

Shortly thereafter, China would be hit by a new virulent war. In particular, the Vicariate of Zhengdingfu had been involved in very bitter battles since 1927. In this context, the residences of missionaries and religious institutes often constituted the only refuge (or, at least, the safest refuge) for those affected by the conflict. In fact, the soldiers, at least those operating in northern China, generally respected the missions and their structures.

In 1929, the situation worsened as soldiers arrived from the southern part of the country, less respectful of the missions than those who came from the north.

Throughout the events that would lead to his killing, his behavior was heroic. During the Second Sino-Japanese War, he was killed by disbanded soldiers (along with eight other Catholic priests and laymen) and burned after he refused to hand over about 200 women, who had sought refuge in the mission, whom they wanted to use as comfort women.

Here are the names of his Companions in Martyrdom:

The drafting of the “Positio super martyrio” is in progress.

Prayer to obtain the beatification of the Servants of God, Bishop Schraven and companions, martyrs:

Loving God and Merciful Father, faithful to the Gospel of Jesus Christ, Bishop Schraven and his companions stubbornly refused to hand over to the disbanded soldiers for prostitution the women refugees in the mission. For the sake and defense of the dignity of life, they gave a profound witness of faith. In surrendering their lives to You, while being burned alive, they became like Christ himself, salt of the earth. Their act of faith awakens us, appeals to our consciences, and stimulates us to an evangelically authentic life. Therefore, we ask You, through Your divine blessing, that these brothers of ours may be recognized as Martyrs and Blessed, and be a beacon of light and source of hope for the people of our time. We ask this through the intercession of Saint Vincent de Paul, in the Name of Jesus, Your Son and Our Lord. Amen.