On September 11, 2021, Father Tomaẑ Mavriĉ, CM (Superior General of the Congregation of the Mission and the Company of the Daughters of Charity) received from the Mayor of Casagiove, Giuseppe Vozza, honorary citizenship and was given the keys to the city as a sign of profound gratitude from his pastoral visit and for the message of charity, powerful words to pursue the common good and an affirmation of the principles of justice in the struggle against every form of discrimination.

Such was the motivation for the conferral of said distinction, which was read during an emotional ceremony led by the President of the Municipal Council, Michela Perrotta, a ceremony that took place in the beautiful setting of the restored patio of the Barrio Borbón. That was followed by the dedication of the former Plaza de Correos to Saint Vincent de Paul and a meeting between Father Tomaẑ and the members of Saint Michael the Archangel Parish.

With humility, simplicity and tenderness, convincing witness of the Vincentian charism and spirituality, the Superior General knew how to touch the hearts of the faithful and the numerous faithful who had been brought together by Father Stefano Giaquinto in a single network of solidarity (including ordinary citizens, various institutions, associations and organizations). 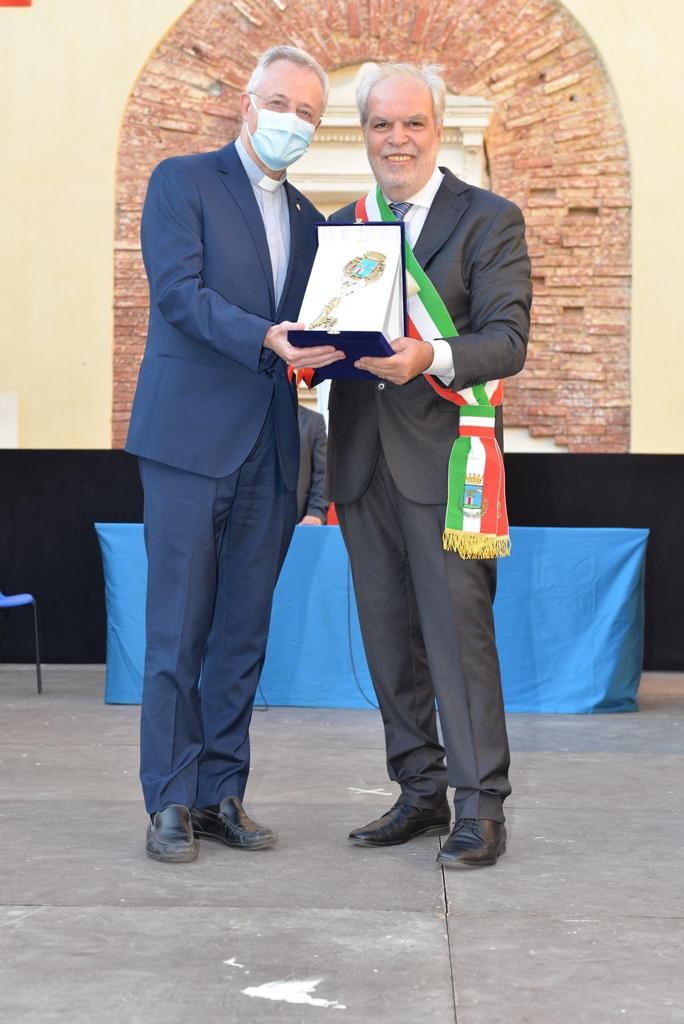 It was undoubtedly this ability for insertion and convocation that led to the birth of the warehouse of Charity with the proliferation of initiatives of support on behalf of the poor and in the name of justice and solidarity (the Oratorio Maremoto, Emmaus House, Mother Teresa of Calcutta Inn, DePaul House, the Mario Diana Poverty Observatory, the Nazarene Center, the After School Club, the Giants of Solidarity, the Wings of Angels).

During the Sunday celebration of the Eucharist Father Tomaẑ spoke about the need to work together as a network and to involve young men and women in the building up of a society ever more just and welcoming, a society that recognizes and affirms the rights and dignity of those persons who are poor and often persons who become “invisible” to the larger society.

Let us share our dreams and make them a reality was the powerful message that was communicated during those two days, a message that summarized the motto of the AIC, opposed to poverty, working together.

This pastoral visit of Father Tomaẑ was the last in a long series of recognitions of the strong bond between the Campania region and Saint Vincent de Paul, a bond that dates back almost two centuries to the time of the arrival of the Vincentian missionaries to Terra di Lavoro, followed by the Daughters of Charity and the Vincentian Volunteers, better known as the Ladies of Charity.

Since then, the Vincentian Family has carried out its tireless charitable work in order to meet the spiritual and material needs of an originally peasant people, of simple and natural religiosity, hard-working and welcoming, linked to traditions but able to project themselves into the future, people who have found comfort and help in Saint Vincent in the many dramatic events they have had to confront.

But why do the people of Casagiove turn to the native saint of Pouy, an agricultural town in southern France, who was the first to look at the poor with new eyes and hearts back in the 17th century?

The Cultural Advisor, Carlo Comes stated: There was no need for seals or decrees to affirm the citizenship of Vincent de Paul. He became a citizen in a very natural way because of shared feelings, because he was already one of us.

The Saint, co-patron of Casagiove together with Saint Michael the Archangel, is honored every year on July 19 with a great popular festival that involves the participation of the entire community, that preserves, as a precious asset, the Vincentian message and commitment to solidarity, Justice, universal peace and fraternity.

To delve into its many aspects and verify its relevance, Fr. Stefano, together with the Vincentian Missionaries, has begun the Extraordinary Vincentian Year (2021/2022), “From missions to the mission”, with a comprehensive program of spiritual formation and celebrations for the entire community (businesses, volunteers, politicians, schools, families, adolescents and young adults). However, the constant charitable commitment of each person will be the most faithful testimony of how much the “saint of charity” is present in the heart of each person residing in this city. 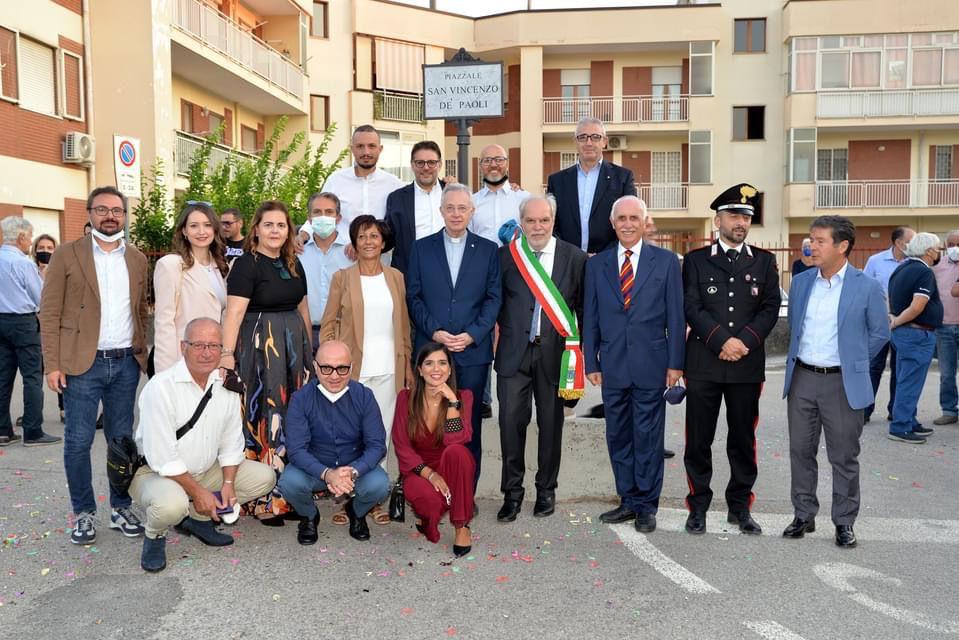 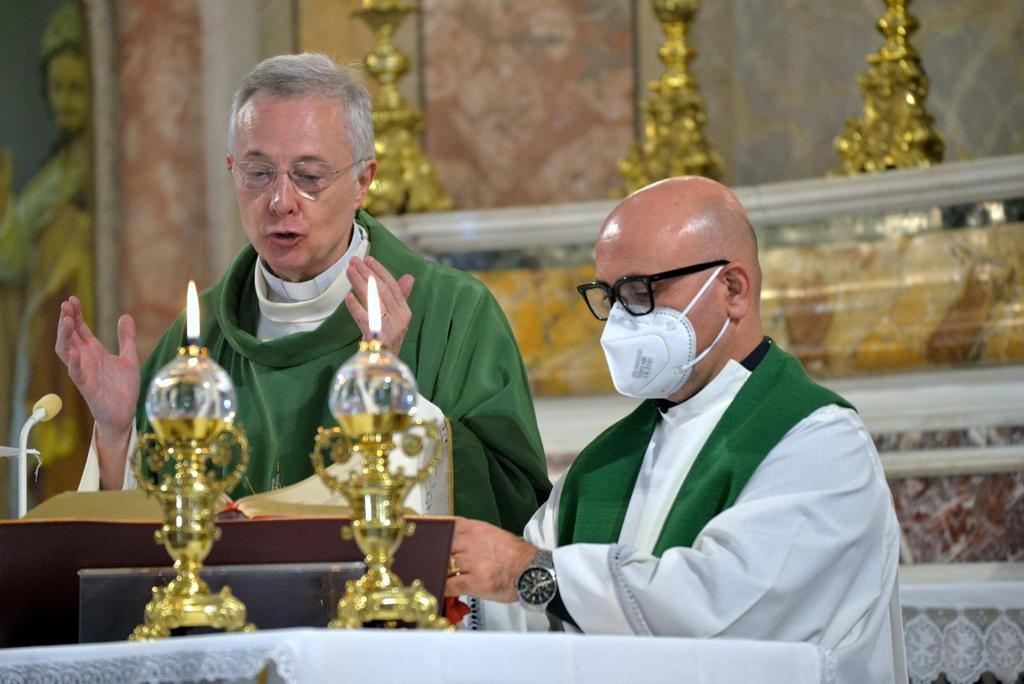