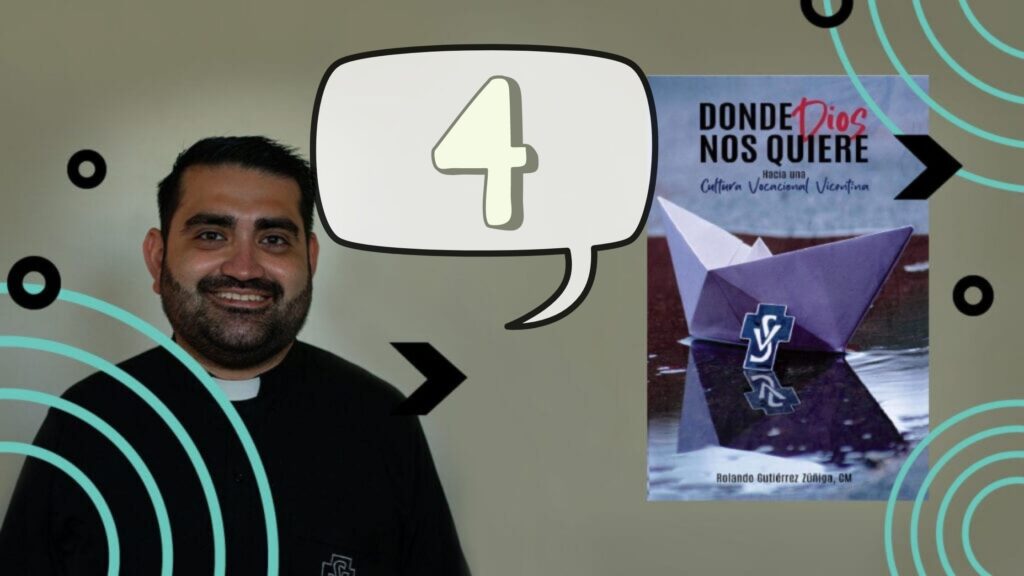 I am confident that our readers can follow the dialogue that arose between Brother Francisco Berbegal CM and this humble servant, on different topics of the culture of vocations in the light of my book “Where God Wants Us”.

I must admit until now I was very comfortable with the expression “vocations of special consecration” and Brother Francis came to “bother” me with his three questions, to which, after several days of reflection, I dare to answer in a pointed manner:

“Can the expression ‘vocations of special consecration’ hide a clericalist mentality?” Response: it could be yes and at times it clearly is.

“Is it necessary to make this kind of distinction in vocations?” Response: depending on the context and the space for reflection I maintain that yes.

“Can we find other expressions that better manifest the mentality that sustains the Gospel of Vocation?” Response: absolutely yes, indeed not only can we, but we must.

Let us take a closer look:

Without any pretense of justifying myself, I must point out I have taken the concept of “vocations of special consecration” from the magisterium. In the first place, from my roots, the II Latin American Congress on Vocations, which alludes to numeral 22 of the document New Vocations for a New Europe, and with greater force, I have been inspired by the title used by Pope Francis for numerals 274-277 of Christus Vivit: “Vocations to a special consecration”.

However, I agree with Brother Francisco that the concepts should be adjusted to the authentic pastoral needs; but always in deep respect to the peculiarity of each context and avoiding falling into the game of the culture of languages that border on the absurd. In such a way if, by “special consecration” is perceived an idea of “special” in terms of superiority or excluding differentiation, we agree that we should avoid this language and effectively look for expressions that better manifest the mentality sustaining the Gospel of Vocation. The matter should be approached with care so as not to break with the sensibilities of each population. In conclusion, I am concerned about the language and its unconscious function that affects the culture, but I am especially concerned that the concepts respond to the value that we want to announce from the Gospel of the Vocation according to the needs of a concrete reality.

On the other hand, consecration does not make a vocation special, because it is not a question of priests or religious being a privileged race that is above the people who have been consecrated with a baptism of lesser value. Brother Francisco already said it very clearly: “Our life is not in itself and a priori a state of greater perfection that automatically guarantees a life in love and in generous dedication…”.

We also agree that the vocation “unifies and totalizes the whole existence” of every Christian, regardless of his specific vocation (priest, religious, lay…). ) and that, indeed, as the crises of the sexual and economic scandals show, neither religious consecration nor priestly ordination “automatically guarantees a life of love and generous dedication, nor a more radical form of discipleship, nor one endowed with greater eschatological significance” but, at the same time, I have the feeling, that one of the most frequent errors when one tries to approach vocational culture is that when one focuses on avoiding these clerical vices (which are certainly absolutely reprehensible), one runs the risk of losing what is specific to each vocation in order to highlight the value of the common dignity that the clerical vice had blurred.

In particular, I accept that language might not help depending on the hermeneutics of the place where it is reflected, but we cannot deny that religious vocations, priestly vocations, and so many other forms of consecrated life, have conditions that make them particular, and when we try to diminish that difference, especially because of the anti-witnesses of some of us in the face of the radical and generous living of many lay people, we fall into the same vice of clericalism, although in the extreme opposite, that is, we are partializing the charismatic richness to “avoid dangers” and we lose the treasure that possesses the greatest force of attraction for young people: the particular “radicality” to which those of us who opt for vocation such as that of the CM missionary.

We are not radical because we consecrate ourselves to the mission, but on the contrary, because in a dialogue of our creaturely freedom with the freedom of the Creator, we concluded that this was our path, there is no other option but radicality. And this call seems so clear to me that the mediocrity of a life becomes evident when radicality is not wanted, it is as if it were a scale in which there is only black and white and there is no possibility of half-measures.

The conditions of our vocation demand radicality  by themselves, for example, in aspects such as exclusive dedication to the mission in its time and projects, certainly renouncing married love to love in an authentic but different way; in the fact of leaving family, friends and country, to go to distant lands not for economic remuneration, but because one finds meaning to his life only in the mission of Jesus Christ evangelizer of the poor; also in the style of life in community that breaks the molds of a family in the traditional sense. The same happens with the vow of obedience to superiors, even when one perceives that personal ideas are better than institutional ones, in poverty and austerity, which makes us not simply have a community of goods, but even share the life and struggle of the poorest.

The incoherence of some cannot kill the call to this radicality that is connatural to our vocation. It would be like falling into meaninglessness and the death of sensitivity, where only a cold and lifeless mentality remains, which is like a shot in the foot of congregational hope because we become sick of this “realism” that justifies our mediocrity and never converts us.

Concluding, it seems to me a revision and purification of the language is very fair, but it is not incompatible with a balanced reading of the complementarity and distinction of the specific vocations in the Church. Above all, it is necessary to understand that the culture of vocations is not only a reaction to ecclesial vices, but a proposal that opens paths and processes that are essential for authentic evangelization, in which each vocation is involved with the particular strength that each one possesses in its particular call to be a disciple-missionary of Jesus Christ.