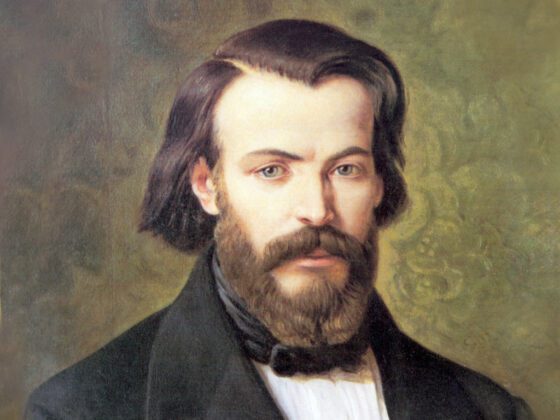 “Grace has its moments,” wrote St. Vincent de Paul to Father Bernard Codoing on March 16, 1644. And the grace of the rebirth of the lay apostolate in the Church had its moment, when Providence inflamed the heart of Mr. De Paul, leading him in 1617 to the foundation of AIC, the oldest lay women’s association in the history of the Volunteer Movement. How intuitive St. Vincent was in instituting and launching this feminine voluntary service to the world of the poor; but he was not so with the mixed voluntary services, nor with those of only men, which were a bird of short flight. The grace of Providence, for the male voluntary service, came two hundred years later, with a young nobleman of the French society: Antoine Frederic Ozanam.
And referring to him, the Society of St. Vincent de Paul celebrated the 25th anniversary of his beatification last August 22. A modern saint, precursor of the Social Doctrine of the Church, an example of a son, father, husband, professional and Catholic. Together with the SSVP, the Catholic Church and the Vincentian Family celebrated this important commemoration for the universal history, the Church and us.
Let’s touch briefly, some lights of his rich, fascinating personality and holiness.

Some members of the Vincentian Conferences like Federico himself are on the altars, and together with him, Gianna Beretta Molla, Pier Giorgio Frassati or Ceferino Gimenez Malla among others, showing the world that the spirit of St. Vincent de Paul is a sure path to holiness, because in it the Gospel of Jesus is genuine because it is the spirit of the beatitudes, which strengthens and energizes one’s own sanctification, and that of the poor who, together with the daily bread, are nourished with the bread of life, which dignifies them in their being and doing.

With joyful hope… Now as we celebrate his liturgical memorial on September 9, as a Vincentian Family, how can we not unite all of us, imploring the Lord to continue sending committed lay people who, fully involved in the fabric of society, transform our reality from within.
May the longed-for canonization of Blessed Frederic Ozanam, trusting in the Lord, not be far off, become an example, especially for the laity, so that “…he may shine his light before men, that they may see his good works, and glorify his Father who is in heaven”. Mt. 5:16, so that, as he desired, we may “embrace the whole world with a net of charity”.

Lord, you made Blessed Frederic Ozanam a witness to the Gospel, marveling at the mystery of the Church. You inspired his struggle against misery and injustice and endowed him with an untiring generosity in the service of every suffering person. In the family, he revealed himself to be an exceptional son, brother, husband and father. In the world, his ardent passion for truth illuminated his thought, his teaching and his writings. To our Society, which he conceived as a universal network of charity, he infused the spirit of love, daring and humility inherited from St. Vincent de Paul. In every aspect of your brief existence, your prophetic vision of society appears as much as the evidence of your virtues. For these many gifts, we thank you, Lord, and we ask – if it is your will – for the grace of a miracle through his intercession, that the Church may proclaim his holiness, so providential for the present times! We pray this through Our Lord Jesus Christ. Amen.