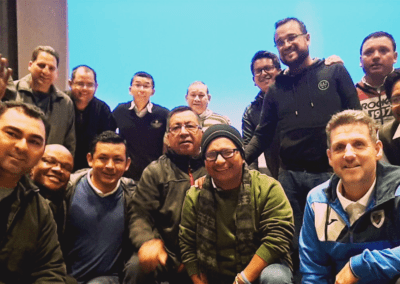 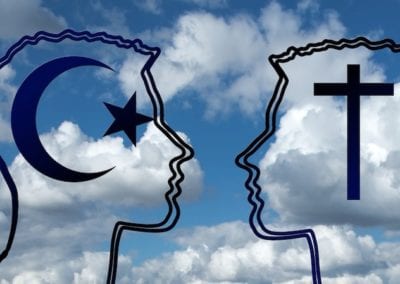 Form us for the mission

A life cycle. This is the process of formation of a Vincentian.

LEVEL OF INVITATION, INQUIRY AND DISCERNMENT

This means that in the manner of a tree, the process begins with the sowing and care of the seed, in the stage of invitation, examination and discernment. The first task of every inquirer or discerner is to open his mind and heart to the movement of the Holy Spirit. In this process, he needs to receive an understanding of the Vincentian way through both word and example, and be assisted in discernment by competent confreres. It is the inquirer’s task to bring what he receives to prayer, and to open his heart in a willing surrender to the Father’s call.

Then the tree germinates to a new life. Young shoots require special care and take care of them with light, water, fertilizers and a fertile soil.

LEVEL OF THE PRE-INTERNAL SEMINARY

The goal of pre-internal seminary formation is to assist the candidate to strengthen his baptismal commitment and more deeply discern his call to Vincentian ministry. In line with the biblical image of the sower and the seed, this stage of formation creates favorable circumstances for the sprouting of the seed of a vocation and caring for it in its tender age, removing elements of a candidate’s life, which can choke growth.

The third stage of the life cycle of a tree is to sink the roots deep into the earth. The roots are necessary for the tree to feed and become strong and mature, stable when the wind blows, the rainfalls or the sun warms. The internal seminary provides similar help for the growth of the candidate in the Vincentian life through the means of prayer, service, and Vincentian studies.

LEVEL OF THE INTERNAL SEMINARY

The goal of Vincentian formation in the internal seminary is to provide the seminarian with a firm foundation for living the life of a Vincentian missioner, committed to “following Christ, evangelizing the poor.” This level of formation can be likened, to that of a sprouting plant in process of developing deep roots for a stable and fruitful life in the Congregation.

To clarify this goal, it is helpful to compare the internal seminary of a society of apostolic life and a novitiate, properly so-called, of a religious community. St. Vincent did not wish the Congregation or its members to be “religious” (in the canonical sense), or bound by the obligations of monastic life, not even by the obligation to recite the Divine Office in common. For St. Vincent, the spirituality of the Congregation, and life in community – as well as the pronouncing of the vows – were intended to serve the mission: “following Christ evangelizing the poor.” Our internal seminary, therefore, provides seminarians with opportunities to experience and reflect upon the interplay of Christ-centeredness, prayer, life together, and dedicated service. They begin to live wholeheartedly the Vincentian way of being “contemplatives in action.”

FORMATION DURING AN INTERNSHIP YEAR

The Constitutions and Statutes of the Congregation state that men in formation “should be trained, at suitable times, each according to his level of formation and ability, in pastoral practice, especially in association with their moderators, including going to the poor and experiencing their condition.”

The goal of Vincentian formation during an internship year is to provide the intern with a foundational experience to discern more deeply his calling to Vincentian life and ministry. It offers him a fuller experience of the poor and their needs, so that he might grow in the ability to bring the good news of the Lord to them and better discern the specific ways he may be called to serve them.

The fourth stage in the tree’s life cycle is maturation. The tree, well rooted in the earth, is pruned and cared for so that it will bear fruit. This stage corresponds to the major seminary for those who are preparing to be priests, or to the apostolic and professional formation for those who are going to be brothers.

LEVEL OF THE MAJOR SEMINARY

Formation in our Congregation is directed especially toward evangelization, charity, and promotion of justice toward the poor.  Therefore, the goal of the major seminary is to equip the Vincentian with the spirituality, theological knowledge,  apostolic skills, and ministerial identity needed to serve effectively as a priest of the mission. He is to be dedicated to priestly ministry for the benefit of the poor, directly, and in forming others so that they too will actively follow Christ in concern for those who are poor.

The tree is already well formed, but still needs attention.

By his rich legacy, Saint Vincent himself calls us to ongoing formation and conversion. In his own life this call led our Founder to hear the cries of the poor, found seminaries, hold Tuesday Conferences and retreats for clergy, send missionaries far and wide, and imagine that his Little Company could make a lasting contribution to the Church and to the world. St. Vincent never stopped rekindling the gift of God that was within him. As his life moved on, he continued to find new ways to respond to the call of the Lord, while recognizing the need to let go of some aspects of his earlier ministry. With Saint Vincent, we embrace a life of ongoing formation.

If you believe that being a Vincentian is part of the call that Christ has for your life, contact us and get to know us more. xxxxxxx@cm.org