General Description: The Superior General is viewed as the successor of Vincent de Paul and leads the Congregation of the Mission in accord with the Constitutions and Statutes of that institution.  He is elected for a term of six years at the General Assembly and can be reelected for another term of six years.

In the Constitutions, the Superior General is described as the center of unity and the coordinator of the provinces and should be a source of spiritual animation and apostolic activity (Constitutions, #102).

Functions: The Superior General is the successor of St. Vincent, and together with the whole Congregation he carries on, for the service of the universal Church, the mission of the Founder adapted to diverse circumstances.  He shall, accordingly, govern the Congregation with such care that the charism of St. Vincent will always stay alive in the Church 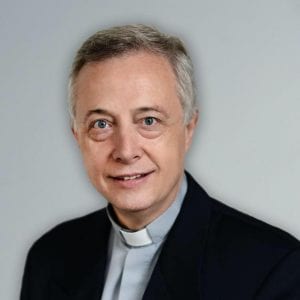 Father Tomaž Mavrič, CM – Superior General of the Congregation of the Mission and the Company of the Daughters of Charity:  Father was born in Buenos Aires, Argentina on May 9th, 1959.  His parents, fleeing communism, migrated there from Slovenia (1945).  His parents spent three years in a refugee camp in Austria and arrived in Argentina in 1948.  It was in Argentina that his parents first met and married.  Tomaž is one of five children and has two brothers and two sisters.  His father died in 1989 and his mother is living in San Carlos de Bariloche (southern Argentina) … the Congregation administers the Parish of Our Lady of the Miraculous Medal in that city.

His primary and secondary education was done at the Colegio Maria Reina in the Province of Buenos Aires (that school was founded by members of the Congregation from Slovenia).  On one side of the school there was a dormitory and Father spent several years there.

At the conclusion of his secondary studies Father entered the Congregation and became a member of what was then the Province of Yugoslavia (a province composed of confreres from Slovenia, Macedonia and Croatia).

In 1877, Tomaž entered the Internal Seminary in Belgrade, Serbia and then began the study of philosophy in Ljubljana, the capital of Slovenia (also studied theology there).  He was ordained in 1983.  His superiors assigned him to Canada where he ministered for 10 years in the city of Toronto.  He then spent three years in Solvenia and while there, Robert Maloney, CM, asked him to go to the mission in Russia.  He arrived in Russia in 1997 and ministered for four years in the city of Niutalagil.  The province of St. Cyril and Methodius was established in 2001.  The Visitor sent him to study in Ireland and then he spent another year accompanying the seminarists in Slovakia.  In 2004 he was assigned to the provincial house (Gift of God), where he ministered as a formator.  In 2009 he was elected Vice-Visitor. 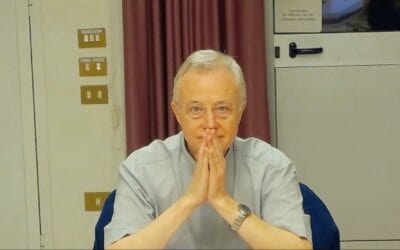 THE SICK AND THE ELDERLY STRONG BUILDERS OF A BRIGHT AND HOPE-FILLED FUTURE Dear members of the Vincentian Family, May the grace and peace of Jesus be always with us! Every year, the Church offers us the gift of the grace-filled period called “Advent” that helps us to... 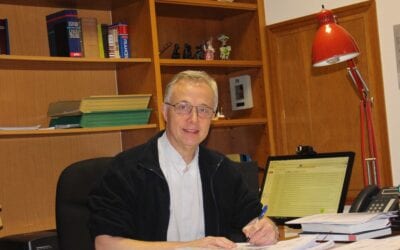 Rome, 18 October 2021 My dear confreres, May the grace and peace of Jesus be always with us! In the Mission Appeal Letters of the past years, I invited all the confreres around the world to get involved in the initiative: “To send 1% of the members of the Congregation...