Beatification of the Sixty Martyrs of the Vincentian Family 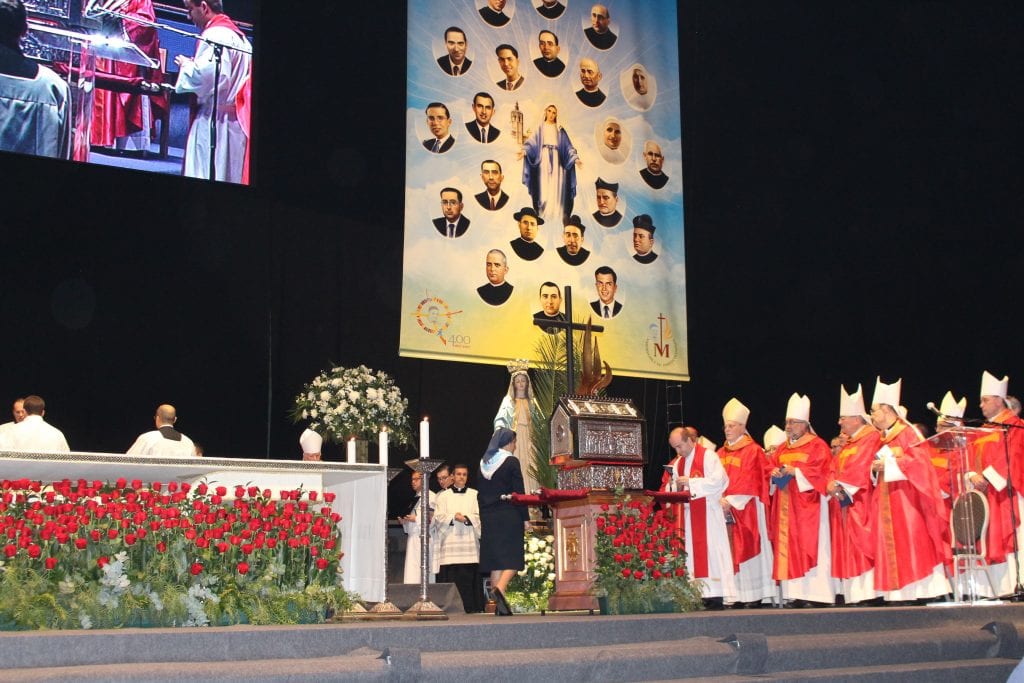 Father Jorge Luis Rodriguez, CM, Director Communications for the Congregation of the Mission, describes his the experience of Beatification of the Sixty Martyrs of the Vincentian Family.

The Palace of Vistalegre is located in the district of Carabanchel (Madrid) and is known for hosting different types of events. On November 11th, that place became a large place of worship and hosted the beatification ceremony of the sixty members of the Vincentian Family, martyrs of the Spanish Civil war.

The celebration was presided by the prefect of the Congregation for the Causes of Saints, Cardinal Angelo Amato who represented Pope Francis. Concelebrants included, Cardinal Carlos Osoro Sierra (Archbishop of Madrid), Cardinal Antonio Cañizares Llovera (Archbishop of Valencia), other cardinal and bishops from throughout Spain, Father Tomaž Mavrič, CM, superior general of the Congregation of the Mission, members of the General Council, the Visitors from various provinces in Europe, and many missionaries. Also present was Sister Kathleen Appler, DC, men and women religious, representatives from the various branches of the Vincentian Family and family members of the martyrs.

During the beatification ceremony we were reminded of the fact that the martyrs gave witness to their faith and had lived in accord with the Vincentian charism that they had received as a heritage from Saint Vincent de Paul. Formed in the Vincentian spirit, those men and women who were martyred, remained faithful to God in the midst of the storms that surrounded them.
At the same time Cardinal Amato reminded everyone that the martyrs reveal the glorious horizon of authentic humanity and provide us with an edifying example. The cardinal also invited the participants to remain faithful in the faith and exhorted everyone to avoid any repetition of the terror of that era that created a cloud of darkness that covered the land with the blood of innocent and defenseless individuals.

In the Apostolic Letter that was read during the celebration, Pope Francis stated that the names of these 60 Blessed men and women are inscribed in the book of martyrs: Vicente Queralt Lloret and 20 companion and José María Fernández Sánchez and 38 companions. He also stated that their feast can be celebrated in accord with the established norms on November 6th.
At the conclusion of the Eucharist, Father Tomaž Mavrič, CM, superior general, recalled the fact that this event was taking place during the Jubilee Year during which time we celebrate the 400th anniversary of the origin of the Vincentian charism. Father invited all the member of the Vincentian Family to view this event as a time of grace and a further motive to grow in fidelity.
Father also encouraged the participants to live out their vocation in a creative manner in the midst of the world that needs valiant and courageous witnesses who are unafraid to give life to the mission through the practice of charity.