Many times and in various ways, there has been talk of holiness. Although there is ample literature on the subject, giving the impression that it is a quiet and well-established matter, it is advisable to return to this complex, urgent, and essential issue, for its relevance has not disappeared and its understanding is widening. 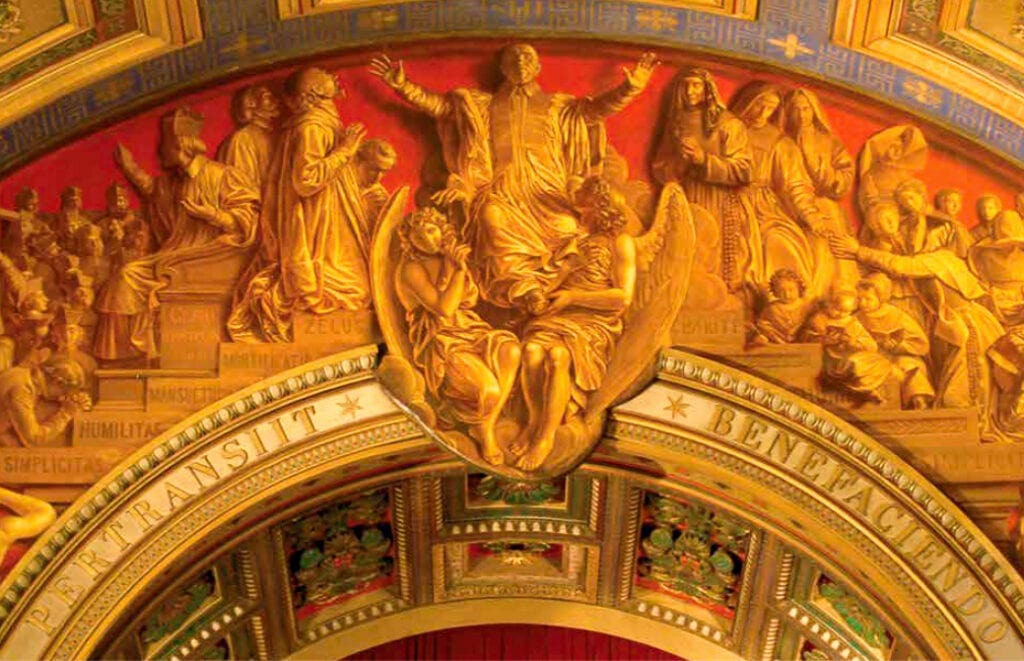 The call to holiness (cf. Leviticus 19:2) accompanies the entire history of Christianity and reaches to the present day. Far from being confused and becoming cheap emotionalism, fundamentalist fanaticism, ritualistic fetishism, aesthetic evasion, and neoconservatism, holiness is the destiny of every baptized person (Lumen Gentium, chapter V). Reflecting on it implies understanding its meaning in this period in which we find ourselves, discerning its peculiarities, identifying its challenges, and pointing out ways for our journey in fidelity to our charism in Saint Vincent de Paul’s footsteps.

It should be said that the culture in which we live goes against the Gospel and the Christian proposal. To describe this reality, we go to a small passage of the Apostolic Exhortation, Gaudete et Exsultate, of Pope Francis (n. 111), which translates, quite clearly, what is happening in our days. “There [in today’s culture] we see a sense of anxiety, sometimes violent, that distracts and debilitates; negativity and sullenness; the self-content bred by consumerism; individualism; and all those forms of ersatz spirituality – having nothing to do with God – that dominate the current religious marketplace.” For the Congregation of the Mission, this scenario represents, without a doubt, a serious challenge, for we are not isolated from the pains and sufferings of our contemporaries, but in deep solidarity and communion with them, as the Final Document of the 42nd General Assembly affirms. “The evermore numerous cries of the poor, of refugees, of immigrants, of those who are excluded and confined to the peripheries touch our hearts and urge us to work with all our strength so that our Church will become a field hospital where all are brought in, listened to, and healed, making the Gospel of mercy real”(1.1.c).

However, we cannot remain in great principles and mere generalizations only. These concerns and priorities must be concretized in the life of the Congregation of the Mission and in each of its members. Solidarity, as Pope Francis tells us, in Evangelii Gaudium (EG), means “something more than a few sporadic acts of generosity. It presumes the creation of a new mindset which thinks in terms of community and the priority of the life of all over the appropriation of goods by a few”(EG 188). A solidarity that faces and overcomes the “throw-away culture” (EG 53), the “selfish ideal,” and the “globalization of indifference” that developed and prevailed in our world, making us “incapable of feeling compassion at the outcry of the poor” and taking away responsibility for their needs and sufferings (EG 54, 67). Even more, “solidarity is a spontaneous reaction by those who recognize … the social function of property and the universal destination of goods” (EG 189). It has to do with convictions and practices, and it is fundamental for the realization and viability of “other structural transformations and make[s] them possible. Changing structures without generating new convictions and attitudes will only ensure that those same structures will become, sooner or later, corrupt, oppressive and ineffectual”(EG 189).

All that requires a lot of lucidity, creativity, and daring. Without creative commitment to the cause of the poor, we “will easily drift into a spiritual worldliness camouflaged by religious practices, unproductive meetings and empty talk” (EG 207). In that, we can find in Pope Francis some clues to pastoralize dynamically the option for the poor in the Congregation of the Mission’s life. Aware that inequality is the root of all social ills (cf. EG 202), the option for the poor, as everyone’s task, “means working to eliminate the structural causes of poverty and to promote the integral development of the poor, as well as small daily acts of solidarity in meeting the real needs which we encounter”(EG 188). Pedagogically, that commitment will require physical closeness to the poor and the effort to help them in their immediate needs (cf. EG 187). Also the spiritual care of the poor: “The great majority of the poor have a special openness to the faith; they need God and we must not fail to offer them his friendship, his blessing, his word, the celebration of the sacraments and a journey of growth and maturity in the faith” (EG 200). Given that “the worst discrimination which the poor suffer is the lack of spiritual care” (EG 200), does not mean that the poor are mere objects of religious assistance. Perhaps they have evangelizing potential, and “we need to let ourselves be evangelized by them” (EG 198).

Therefore, holiness is not just growing in particular and personal perfection, but the desire to transform the world according to God’s heart. Transforming the world implies not only attending to the material and spiritual needs of each one, but also transforming the causes and circumstances that generate those needs and sufferings. The criterion for verifying the truth of the encounter and union with God is measured by the capacity to integrate and assume the pain of this world, the pain of those whom the Gospel calls the “least”: the hungry, thirsty, naked, strangers, and prisoners (cf. Matthew 25). Faced with so many alienating spiritualities, we are challenged to an incarnated Christianity: “Today, our challenge is not so much atheism as the need to respond adequately to many people’s thirst for God, lest they try to satisfy it with alienating solutions or with a disembodied Jesus who demands nothing of us with regard to others. Unless these people find in the Church a spirituality which can offer healing and liberation, and fill them with life and peace, while at the same time summoning them to fraternal communion and missionary fruitfulness, they will end up by being taken in by solutions which neither make life truly human nor give glory to God” (EG 89). In short, God is neither apathetic nor insensitive to suffering. God suffers where love suffers.