The Mission of Jangany and the Development of the Poor. A Model of Systemic Change

The idea of systemic change as a properly Vincentian methodology in assisting the poor is becoming an increasingly shared culture within the Vincentian family. One example of a systemic change project comes from Madagascar, in the village of Jangany, where P. Tonino Cogoni, C.M. has been operating for over twenty years. By imagining what that village was like in 1996 and looking at it today, we can realize what “systemic change” means. 1. Localization of the Systemic Change Project Jangany is a remote village in Madagascar, in the center of the Orombé plain, almost unreachable in the middle of the savannah and the red earth baked by the sun of southern Madagascar. The roads are simple dirt tracks. Streams without bridges can be crossed only through improvised fords. About twenty years ago Jangany was a typical Malagasy village of 400 inhabitants with huts of timber mixed with mud and covered with the fibrous dry grass of the savannah.

The missionary district stretched for about 1,000 sq km and was inhabited by various ethnic groups, of which the most important are the Bara, Betzileo, and Tandroy, in an amount that could be estimated at around 10,000 units. They were poor people living on the edge of subsistence with what the land and livestock offered: rice, cassava, and zebu meat. Their only clothing was the lamba, a kind of light and colored coat, which accompanied them throughout their lives and which shrouded them in death. They were populations rich in religious traditions with their rites (fomba).

There were nineteen villages with a small cluster of Christians thanks to the evangelization of the fathers from Ihosy. On 1 January 1996, Father Tonino Cogoni arrived there with the project, developed with the Italian confreres of the former Province of Turin and the bishop of the diocese of Ihosy, to make it a missionary center that would focus on the human promotion of this land.

2. The Guiding Idea of Systemic Change

Now Jangany has become a town of about 9,000 inhabitants, where the baptized have become 15% of the 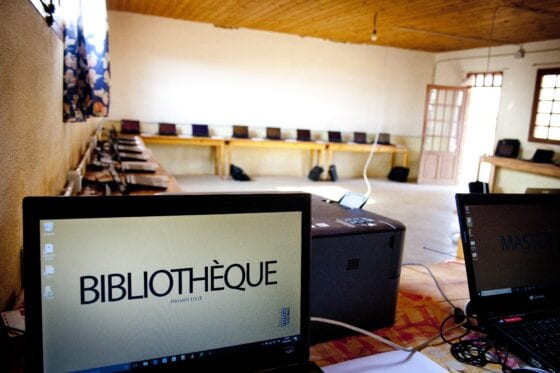 population and people have raised their social standard of living and many poor people have been able to raise their human condition. The village has grown because the inhabitants of the neighboring villages have begun to converge towards it, finding answers to their essential needs: a school for children, job opportunities, health care, greater possibility of commercial exchange. The Jangany market has become the most important in the whole area and one of the most popular in southern Madagascar.
The guiding idea of the project was, and is, that evangelization passes through human promotion. The driving force behind the development was the offer of the primary education for children, which came to involve almost all children and teenagers (around 3000 out of a total of 3,300). The literacy project, extended to all the children in the region, involved families who saw the possibility of a future for their children. The overcoming of cultural resistances was possible through the synergy with the Daughters of Charity and the confreres, all Malagasy.
At the same time as the school project, socio-economic activity was encouraged with the solution of the central issues of water, electricity and health, in particular with a dispensary that, in addition to common diseases, took care of women in labor to decrease infant mortality.

Finally, as primary school children grew older, the need arose to open a positive horizon for the future of the new families. Obviously the possibility of development for a region located like Jangany is only agriculture and livestock. And consequently, since the level of agricultural crops was very primitive and with crops limited by tradition, the Mission opened an Agricultural Training Center to introduce new techniques for raising animals and spreading new crops.

Lately, by setting up a high school for higher studies, the Jangany project has been able to meet the needs of the most deserving young people prevented from advancing in studies because of the distance from the centers where there are high schools.

All this has allowed this town to evolve progressively and attract many families from the brush, that is, from the savannah.

The energy of change is attributable to Father Tonino’s constancy in believing in the development enterprise of this territory, but above all to the ability to involve all the positive forces of the people, starting from the trust given to the Missioners and the Daughters of Charity of Madagascar.

The contribution of a network of Italian volunteers was very important, as it offered support from workers and technicians plus economic aid in this social development enterprise. This network is continuously nourished through the maintenance of relationships, the examination of emerging needs and the development of micro-projects that solve the problems mentioned above.

3. The social leap with solar electricity A social leap of great importance took place beginning in September 2016, when the village, the Mission, and its schools were able to free themselves from the dependence on diesel for electricity, a very high resource cost for the people. The costs of the diesel generator had become unsustainable and ended up being a brake on development: the energy for the wells and workshops, the light from the schools and its dormitories, the few houses in the village connected to these generators worked in fits and starts. Until that date, the generator supplied energy only every evening from six to nine. A counter monitored consumption and expenses. The hundred families connected with electricity experienced its utility. Consequently, while demand surged, the costs were no longer sustainable. The choice was then made to focus on solar energy: clean and inexpensive energy, except for the plant and its maintenance. After three years of studying the problem, seven volunteer technicians from Turin brought the materials from Italy and placed many cables and an entire field of solar panels for the production of 64 kw. The main cables (800 meters) were buried one meter deep in a couple of days with the commitment of hundreds of boys from the town. The control units were wired to the distribution system. And two km of secondary cables have started to distribute photovoltaic energy to the entire town, school and agricultural training center. With energy new work projects can now also begin. It was a joy for the children to see water pouring from the taps near their school classrooms. In this way even the agricultural school was able to take a major step forward, because the immersion pumps, which drew from several wells, permitted the fields to be irrigated and water to be brought to the stables in the necessary quantity and continuity, which previously were missing.

4. The main factors of systemic change

In summary, it can be said that systemic change was generated thanks to some factors that can be summarized in these elements:

1. Having put the education of the younger generations at the center.
2. Being careful to making the most local resources. For example, electricity was entrusted to the management of a family clan; local workers were trained in the construction of brick houses and water wells, then entrusting them with the construction of the houses.
3. Patient collaboration, albeit sometimes complex, with the institutional figures of the mayor and the local doctor and attention to compliance with national regulations.
4. Escape from isolation through roads and bridges, so as to integrate the village with the neighboring villages. Finally, having installed a satellite dish has allowed communication with the rest of the world since 2019.
5. Collaboration with Italian association groups, based not only on economic aid, but also on cultural exchange and on planning agreements (cf https://jangany.tumblr.com)

In all these years there has been a social elevation of the whole village of Jangany and its territory. Some indicators 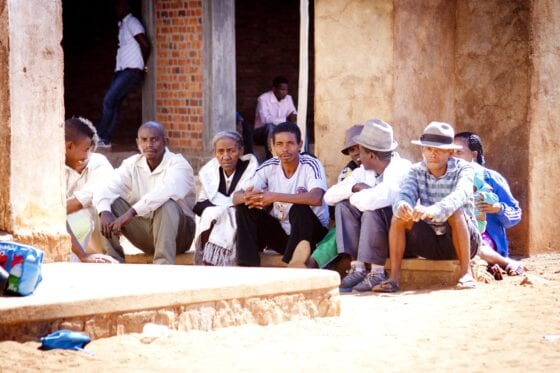 confirm this: the rise of the average life expectancy from 37 to 45 years, and the population of the village increasing from 400 to about 9000 inhabitants. The need for the future, which is being worked on, is the enlargement of the medical dispensary. Currently the sister responsible for the dispensary is in contact with the Sakalalina hospital (about 150 km away), which she consults for the most difficult situations. This hospital makes possible the education young women in order to prepare the staff. This will be the new frontier for the coming years.

Serious problems persist in Jangany, and these can be summarized around four words: hunger, brigandage, corruption of public administration, and sickness. The mission tries to respond to these evils, but it is always inadequate for the number of situations. Since in Madagascar everything is slow, it will take time to address these problems. But the safe way is the education of new generations. And it is the way that has already produced good results.

P. Erminio Antonello, CM
Visitor of the Province of Italy 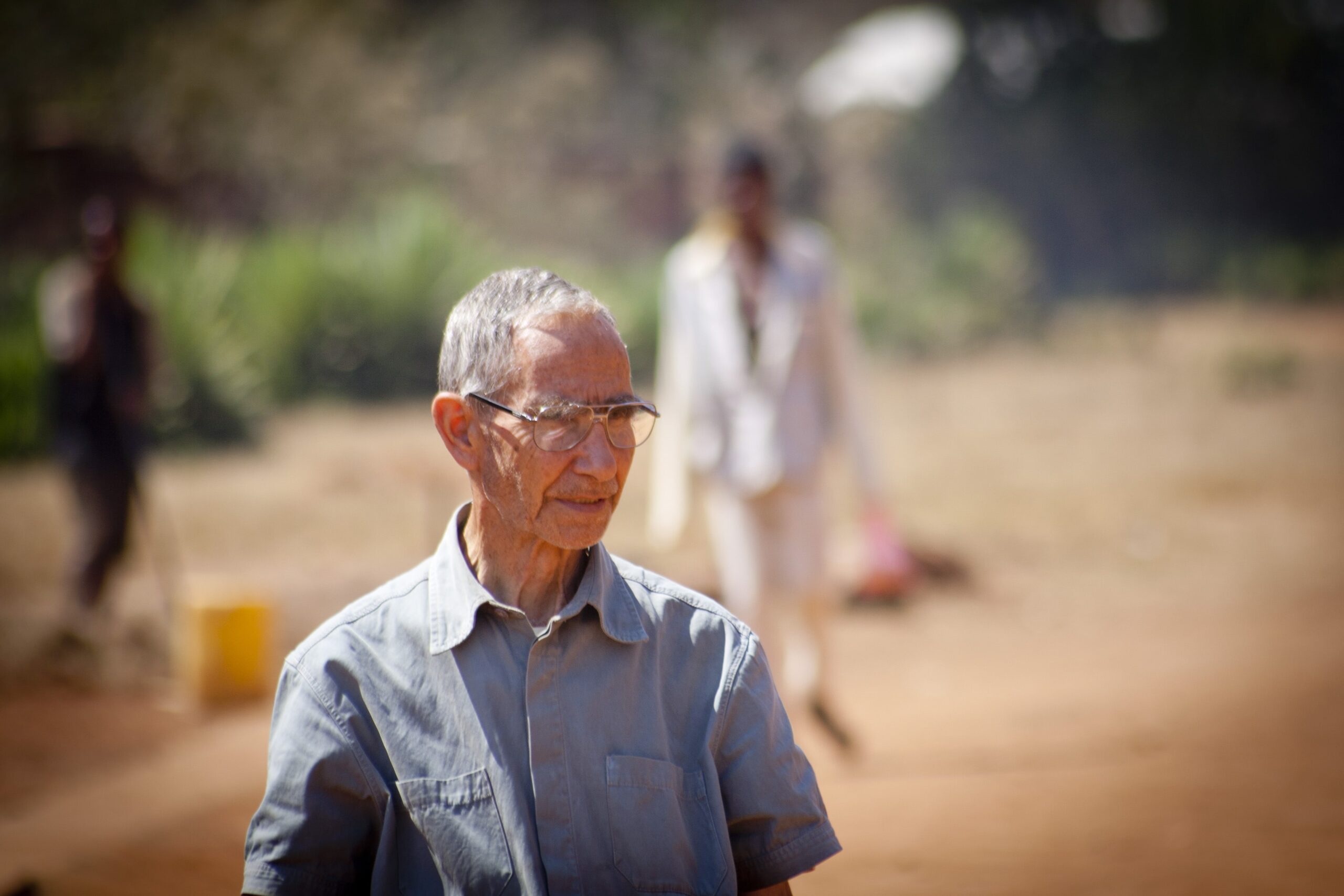 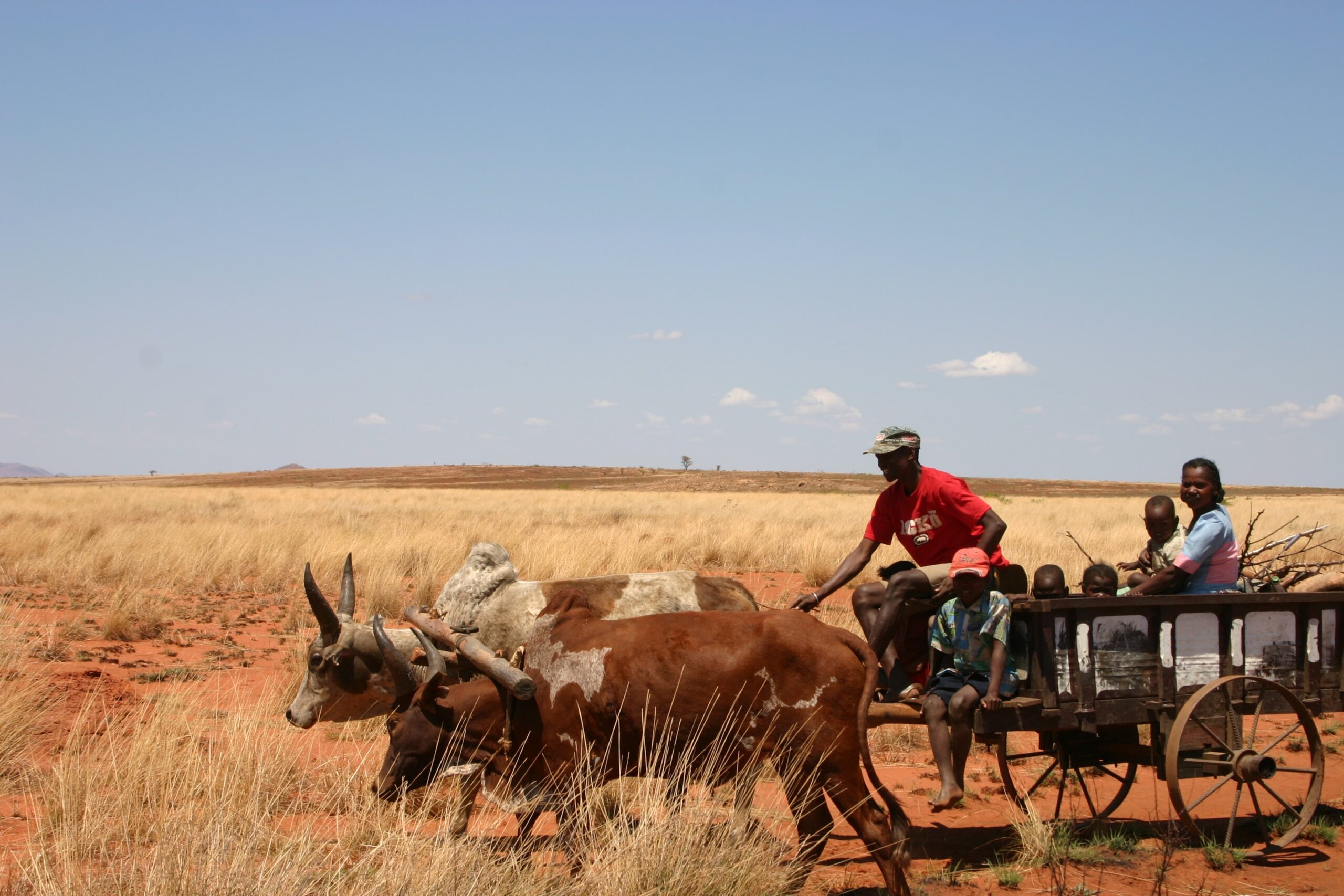 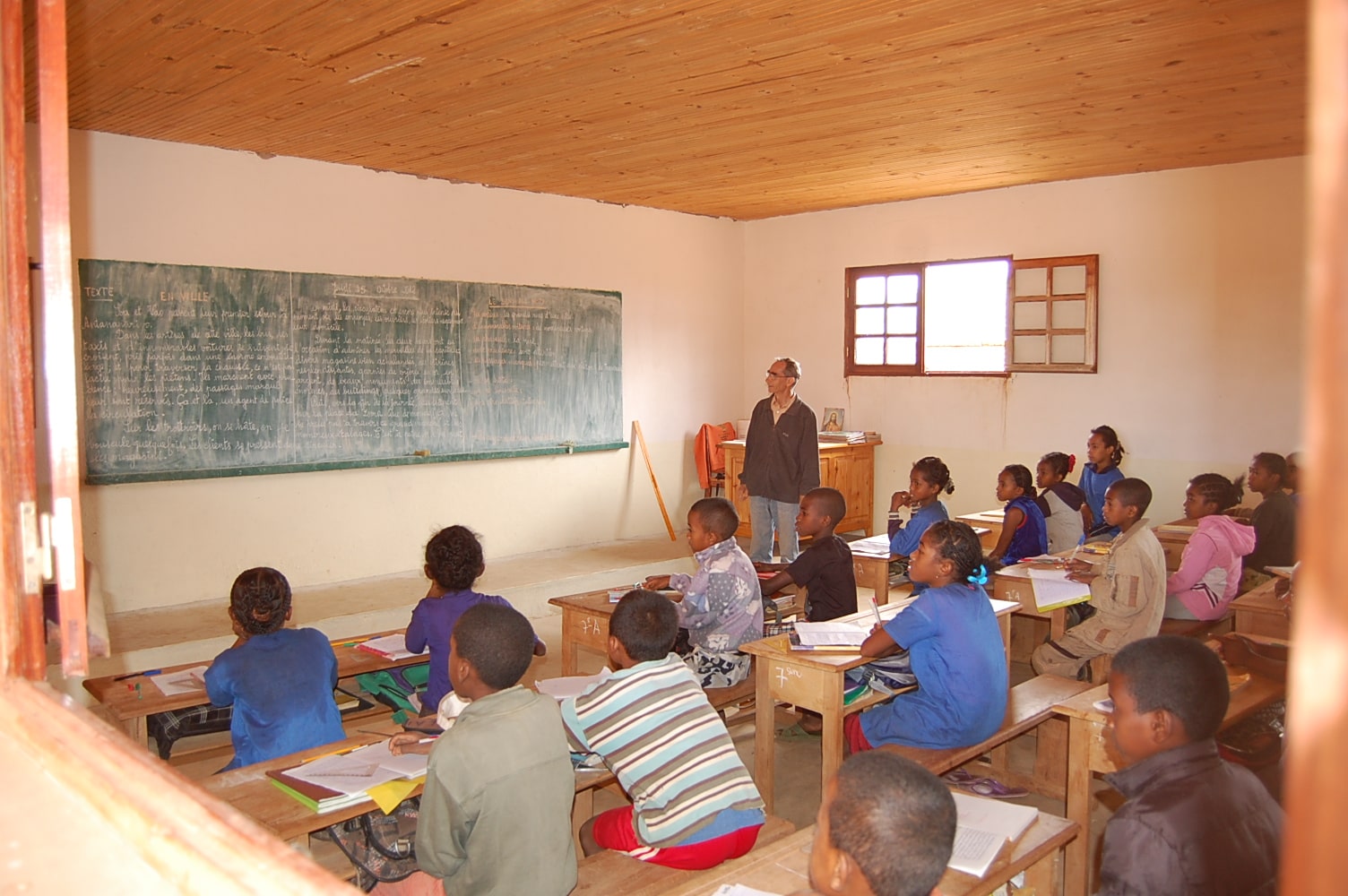 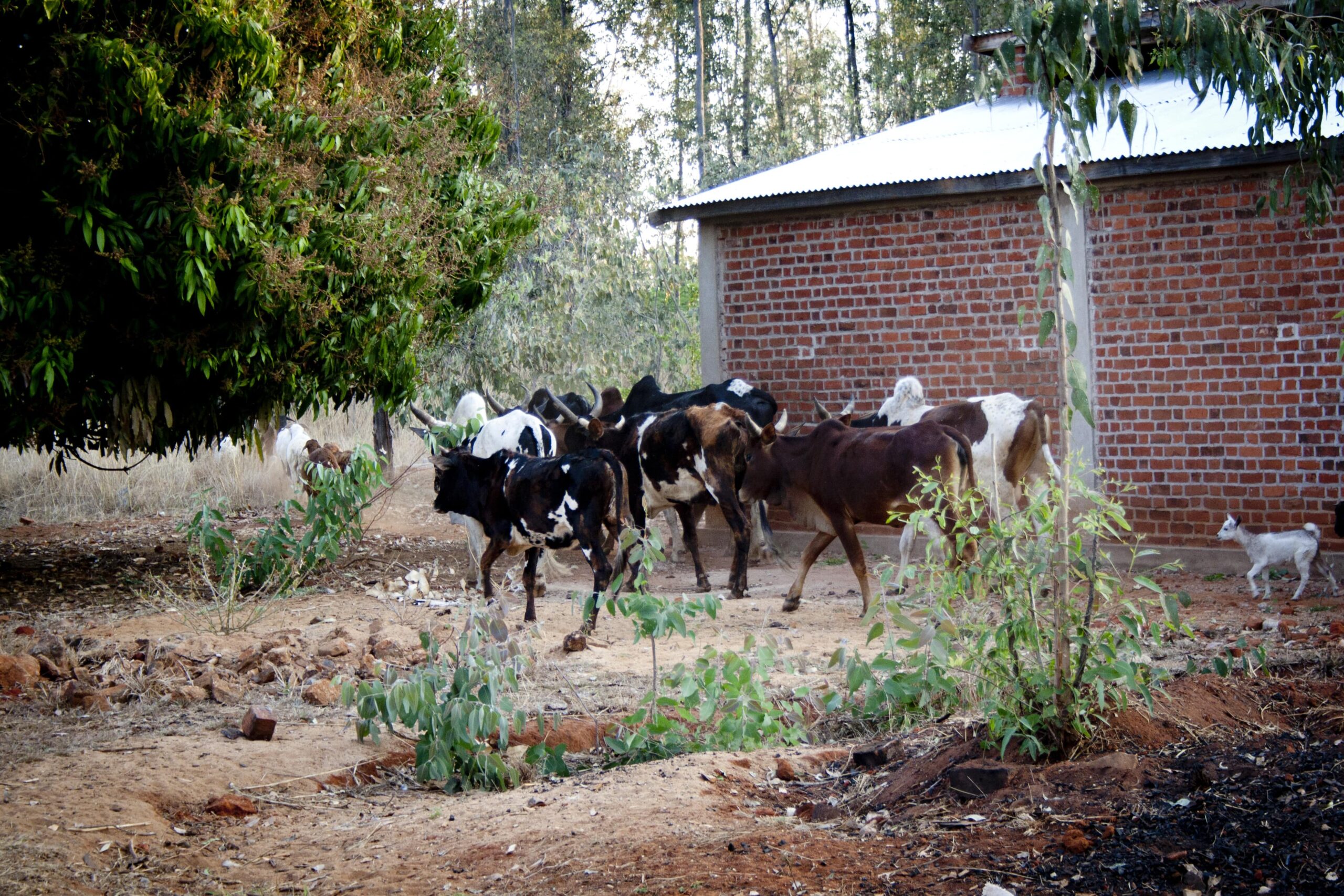