Presentation of the Logo for the XLIII General Assembly

Revitalizing our identity at the beginning of the 5th century

of the Congregation of the Mission 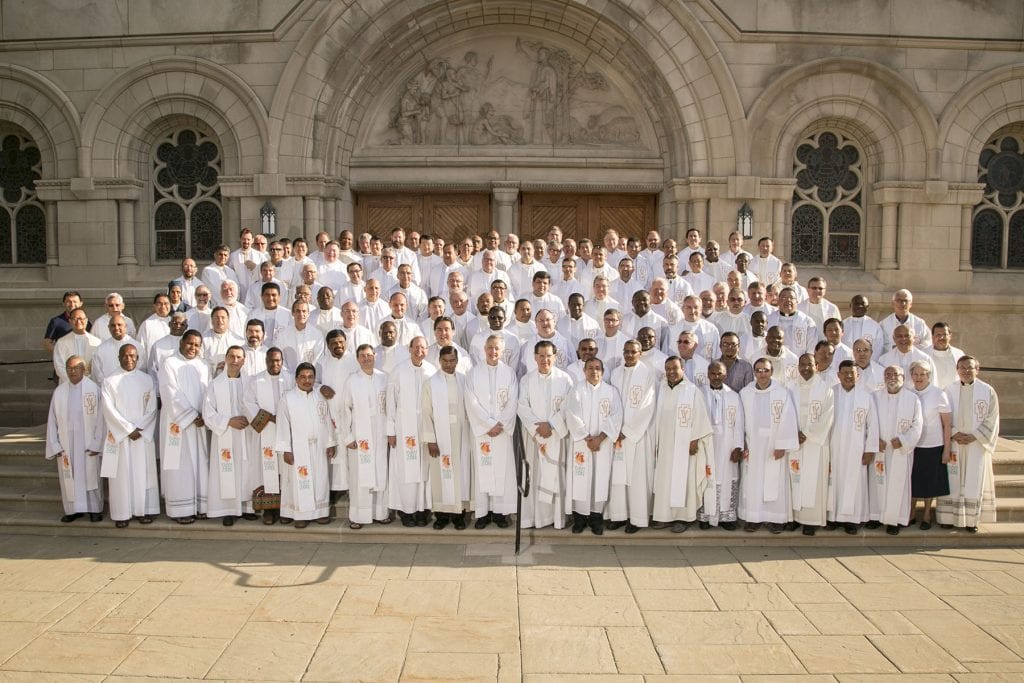 A group photo for the 42nd General Assembly of the Congregation of the Mission, hosted at DePaul University in Chicago between June 27  July 15, 2016. (DePaul University/Jamie Moncrief)

Today we are launching the logo that will represent the XLIII General Assembly that will take place in 2022. Carlos Regino Villalobos, CM, from the Province of Mexico is the designer. The Preparatory Commission chose this logo from among several proposals presented, since it was more suited to the requirements and demands of the theme proposed for the Assembly: “Revitalizing our identity at the beginning of the 5th century of the Congregation of the Mission”

In the words of its creator, the explanation of the logo is as follows:

The XLIII General Assembly (2022), following the graphic scheme of the last assembly, discovers on a canvas of blue watercolor Christ the Evangelizer.

Just like the painting, diluted in water, the members of the Congregation of the Mission seek to submerge themselves in the baptismal waters in order to revitalize their spirituality and their ministries at the beginning of the 5th century of the commemoration of their charism.

Inside the watercolor is found the silhouette Christ the Evangelizer, coming from the logo of the Congregation of the Mission.

A shading of 195 variations of blue is used to represent all the countries of the world.

The Manual of the Logo 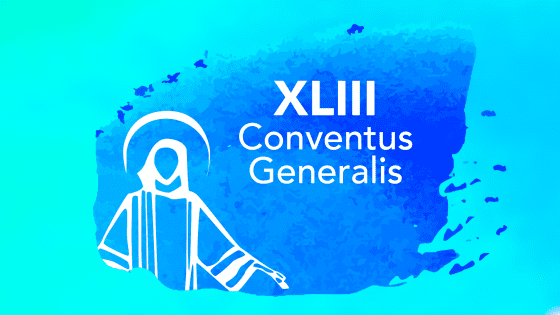