The General Curia has renovated the Archives 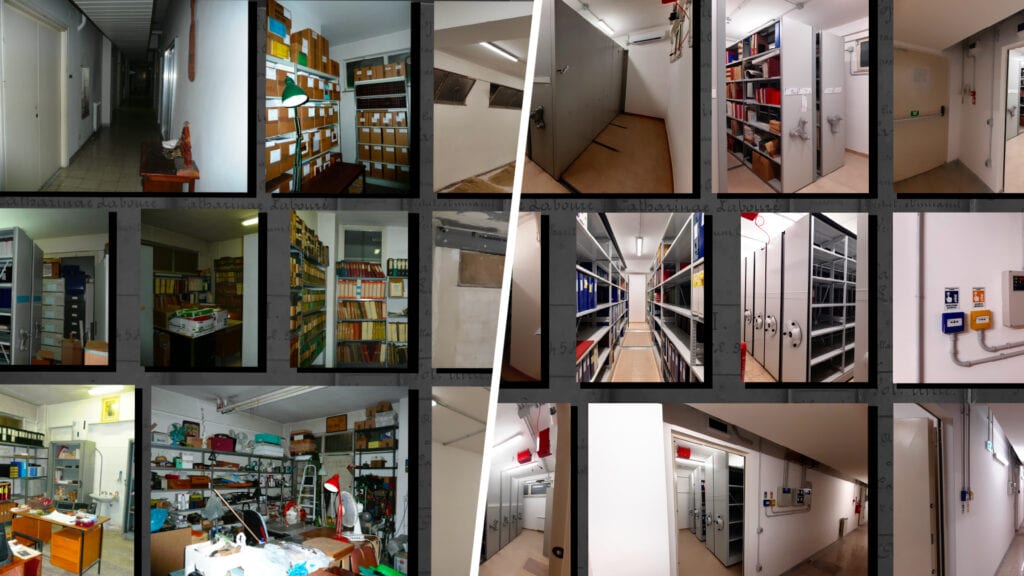 On 21 July 2020 in the General Curia, with the blessing of Cardinal Franc Rodé, CM, the new archives (historical and intermediate, those of the Postulation and the General Treasury) were inaugurated after a complete restructuring work that lasted over a couple of years. In fact, if we consider that the first approaches to firms for execution of the work and to various bodies for the necessary authorizations, it dates to May 2018.

This restructuring had become necessary due to the risk situation in which the documentation, which represents an important patrimony of the Congregation of the Mission, was deposited and which had to be made safe for its future conservation. The work was carried out thanks to the generous financial contribution of some provinces, which, even without mentioning them, must be thanked. In this brief talk, I wish to give information, albeit summarily, on three points:

Brief history of our archives

The archives of the Congregation of the Mission preserved in the General Curia are an important part of the history of the CM and its government. They are only a part, because much documentation is kept at the Motherhouse in Paris, where the central government operated from 1820 to 1963. Subsequently, it moved to Rome, first at the Apostolic Leonine College (from 1963 to 1976) and then in via Bravetta (later changed to via dei Capasso), where it is now.

Since the archives moved to Rome, 11 confreres succeeded one another in the office of archivist. Their names are:

For three years now (from October 2017), the General Council has decided to entrust the care of the archives to a layperson, professionally qualified in this sector, under the supervision of the Secretary General. Therefore, the responsibility for the care of the archives currently is entrusted to Ms. Giulia D’Angelo, who competently and professionally carries out this work.

The Archives of the General Curia are composed of four sections, which consist of:

The four sections of the archive, divided into six rooms, are flanked by a seventh, actually a “storage room,” which contains reserve copies of the magazine, Vincentiana, and other material to be kept.

The archives of the Secretariat (intermediate and historical) contain all the documentation produced and received by the General Curia. This documentation comprises:

Description of the work done

The work carried out has produced a radical restructuring and is of two types:

As regards the first type, that is, structural work, the most important changes concern:

First of all, a rearrangement of the space used for archives, to better distribute the space and make it healthier, eliminating the humidity that produced mold on the archival material, and reorganizing the destination of the various rooms, so that they better respond to the present and future needs of the different archives.

When relocating the archival material to the shelves, fire regulations were taken into account (e.g., on a one-meter shelf it is possible to place a weight of about 40-42 kilograms of paper).

Given that the archives lacked a fire-prevention system, a totally new one was introduced. The walls have all been covered with fireproof panels that prevent the spread of flames to other environments. Fire doors have been installed in each room and filter doors in the corridor in front. As an extinguishing method, we opted for an aerosol system: it is a new generation extinguisher based on potassium carbonate, which transforms into gaseous particles by combustion. The system is divided into a series of detection devices that sense, for each individual room, the presence of smoke, with alarm control units, visual and sound signals (such as lights and sirens).

When these devices pick up smoke signals, doors and windows automatically close and the air conditioner switches off. After time sufficient to leave the room (60 seconds), the extinguishing gas is discharged. After the discharge, the extinction of the flames is fast, even if you should not enter the room for about an hour and a half, the time necessary for the extinguishing substance to settle and the air to become breathable again. Subsequently, the surfaces must be cleaned by contacting a specialized company that has materials suitable for the purpose.

Finally, the lighting has been completely redone, adapting it to the needs of the place and the security measures provided for by law.

Wi-Fi also was put in place to permit utilizing the network even on the floor used for the archives, which was without it. It thus will allow the use of the internet for archival research.

There were basically four interventions made on the documentary material:

The supply of the new latest-generation compact cabinets has made it possible to double the archive capacity. It went from about 800 linear meters to about 1550 linear meters. All the reused cabinets and furnishings have been sanitized.

Before being placed back on the shelves, the archival heritage was dusted and disinfected. The dusting service was carried out using specific equipment and qualified personnel, able to evaluate the various methodologies to be adopted. We chose to use manual and semi-automatic dusting, depending on the material’s state of conservation. This dusting and disinfection work was necessary to restore the archival heritage to an optimal state of conservation.

We now have the responsibility not to jeopardize the great work done and to take advantage of the archives as they deserve. 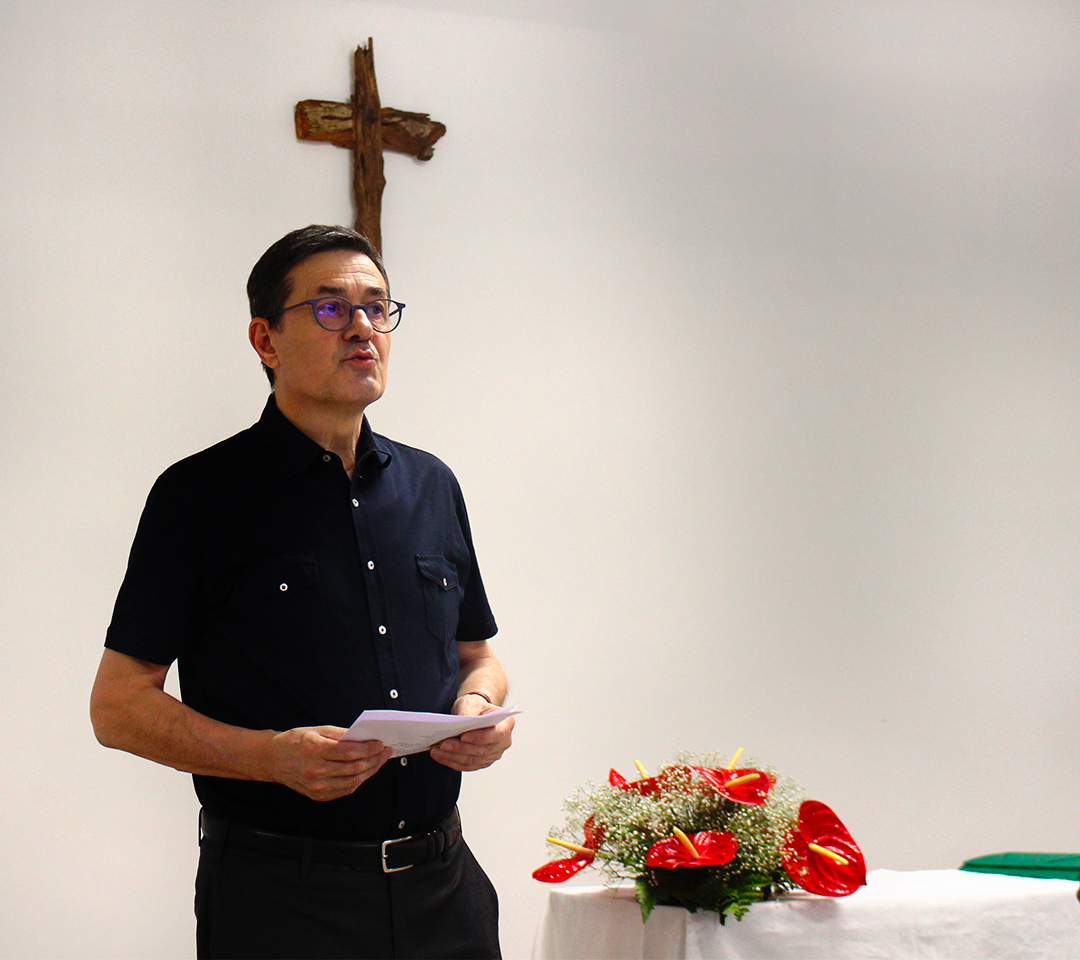 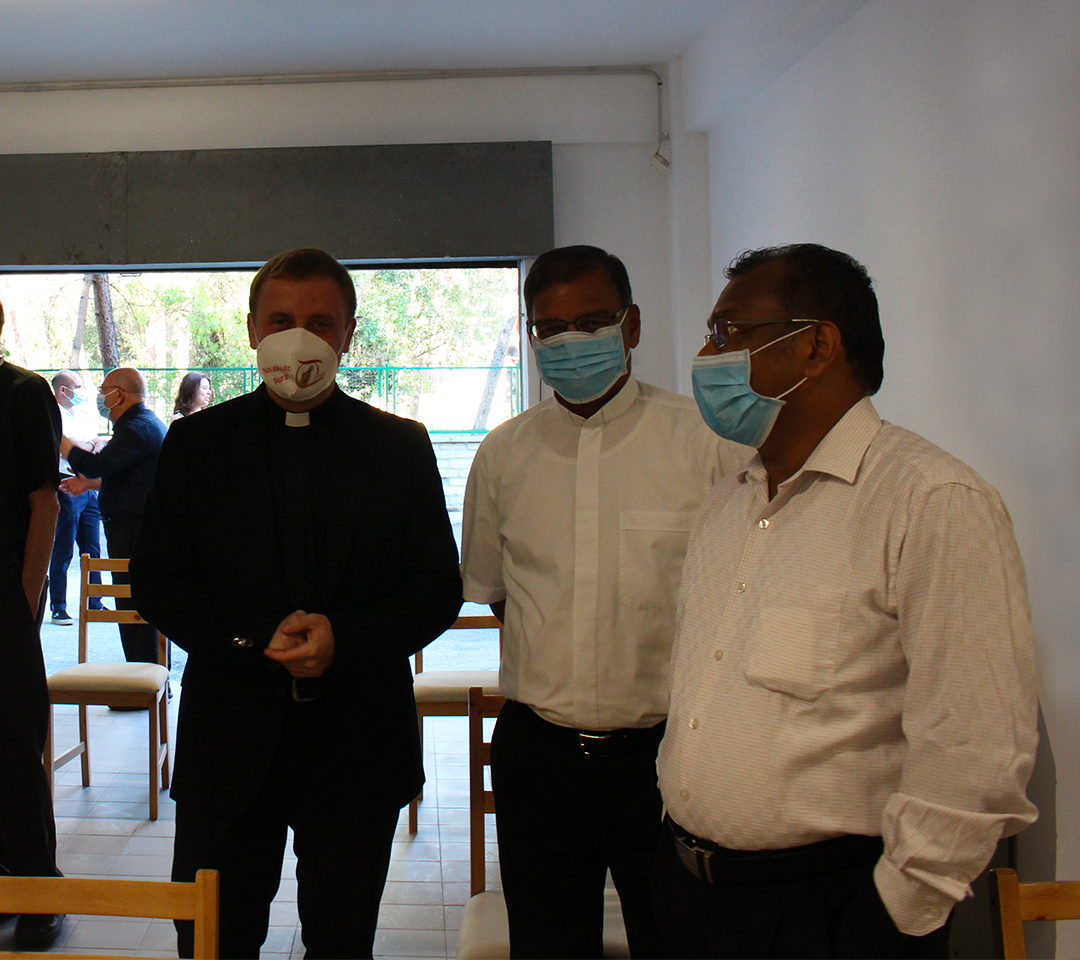 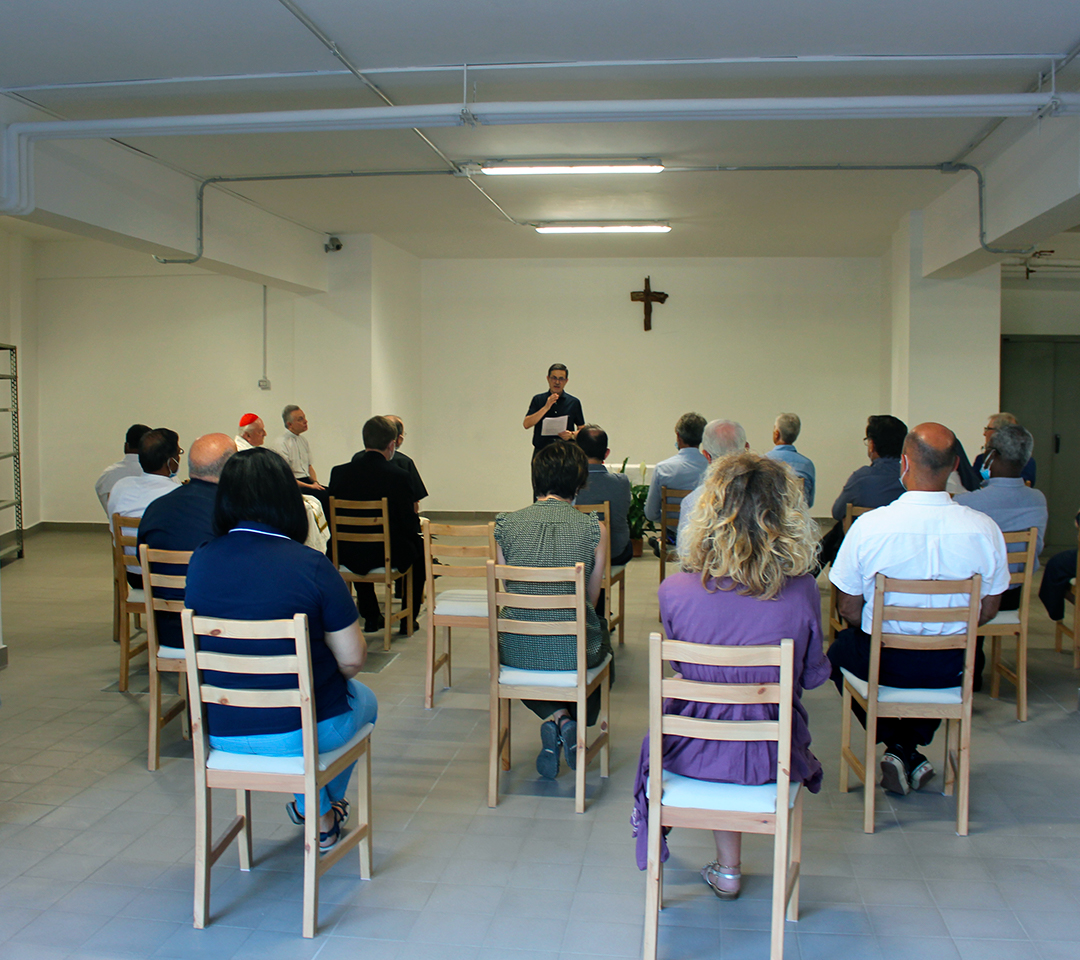 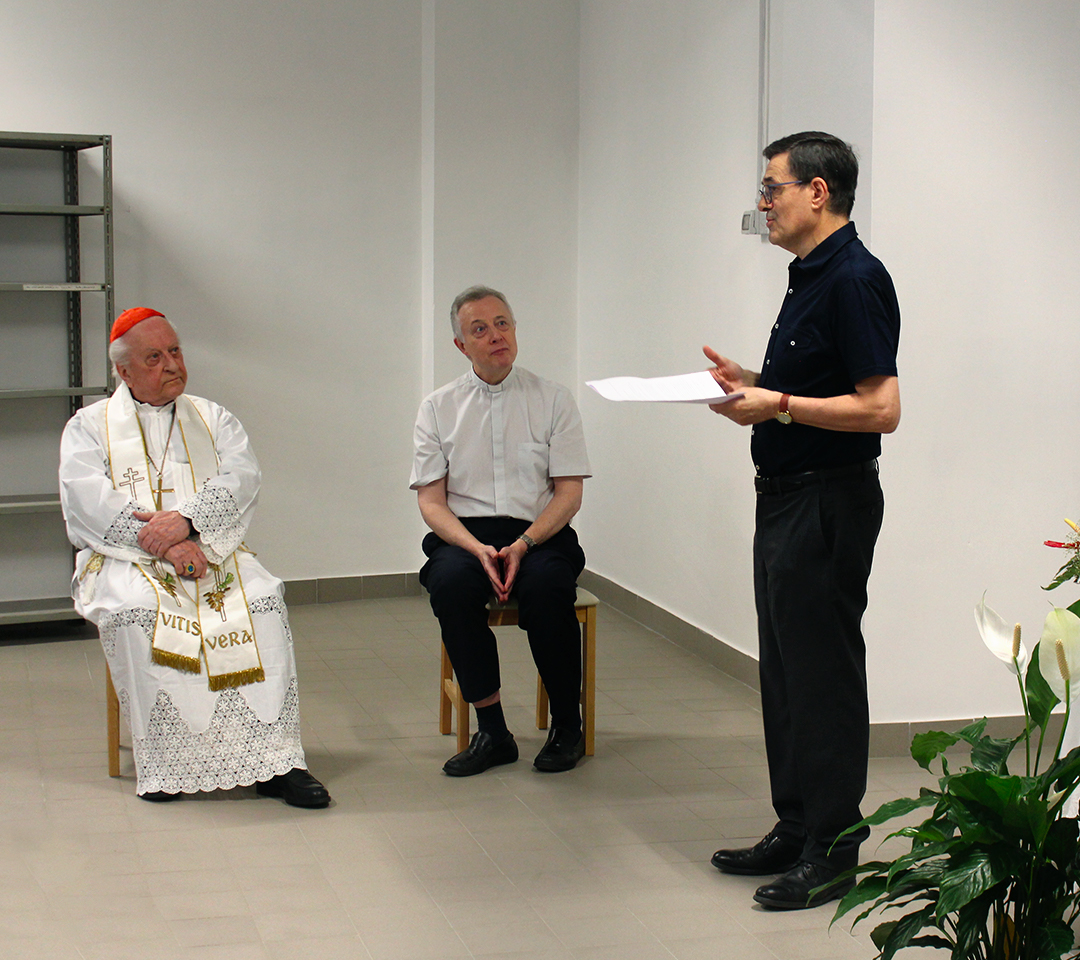 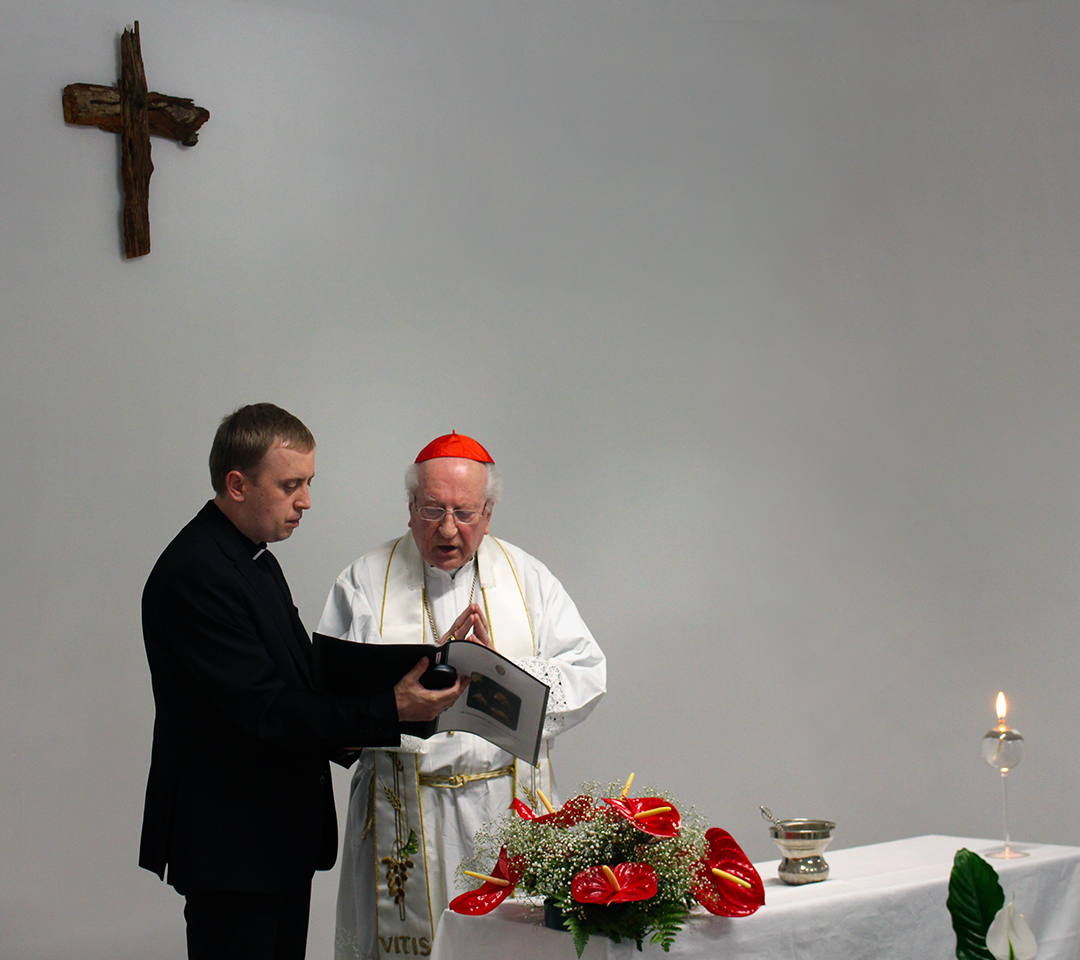 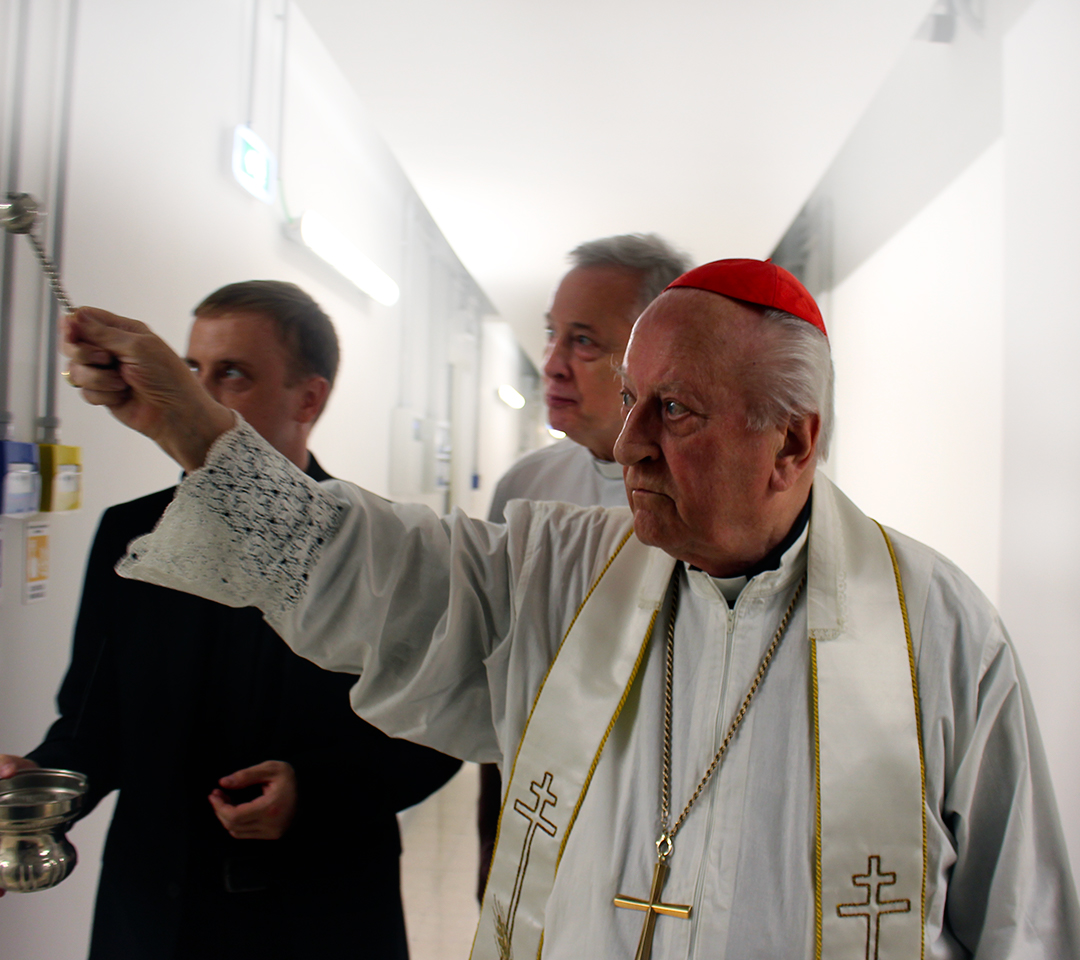