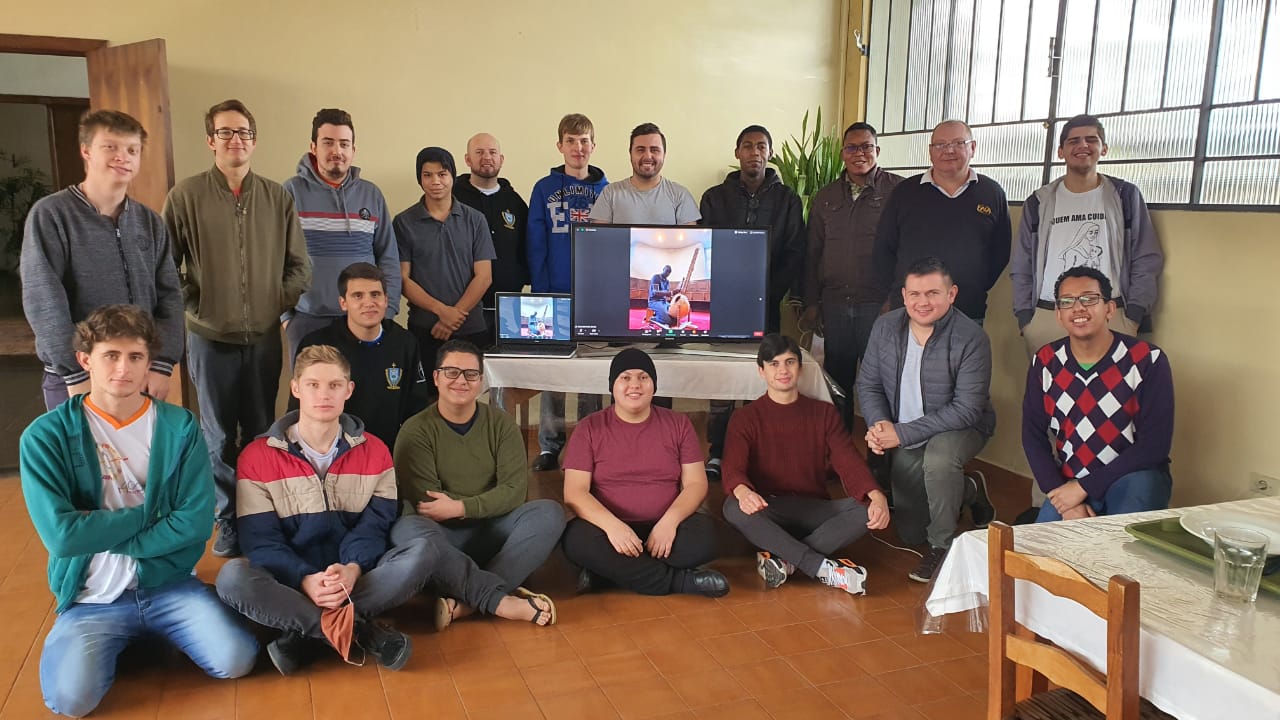 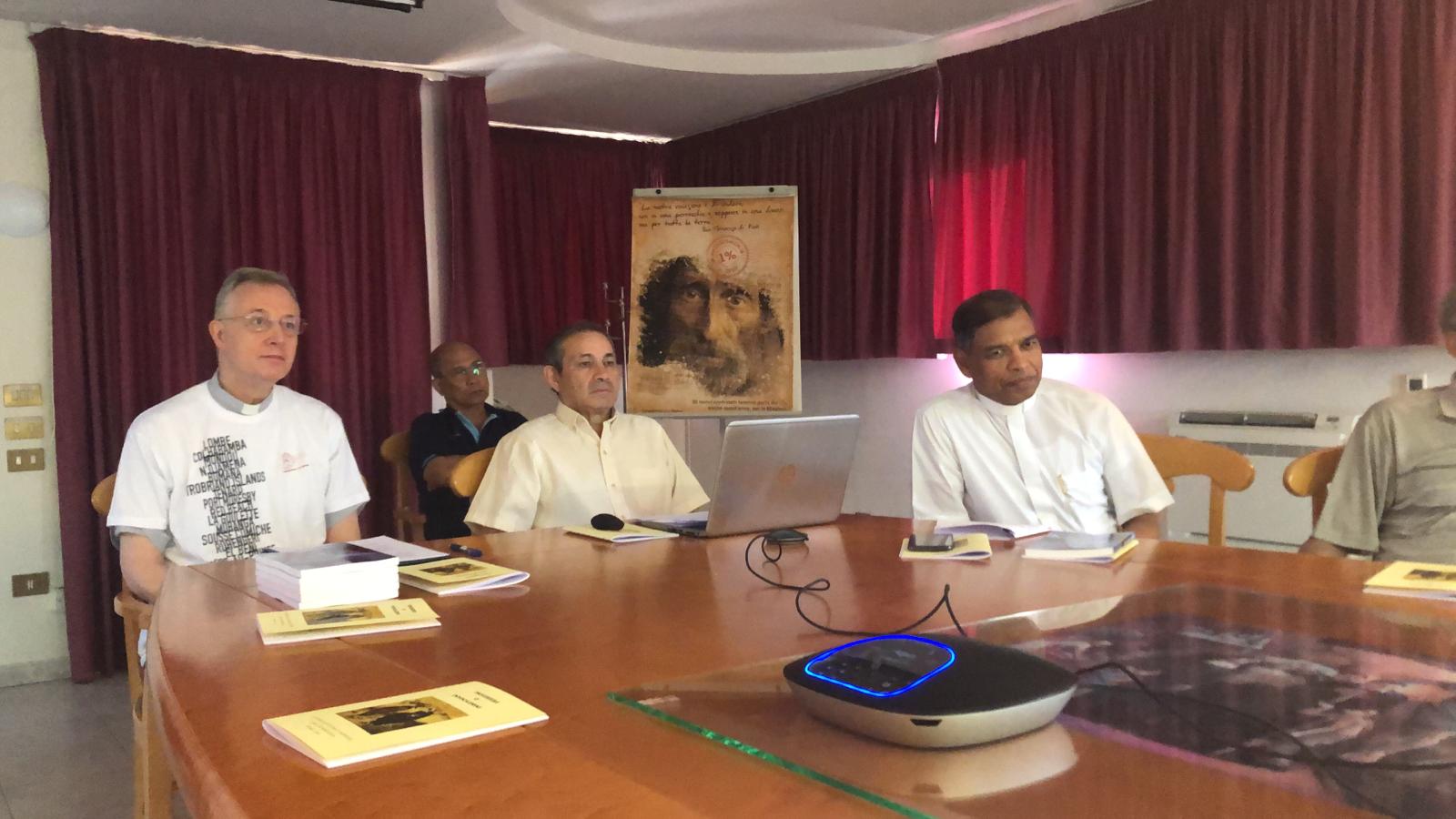 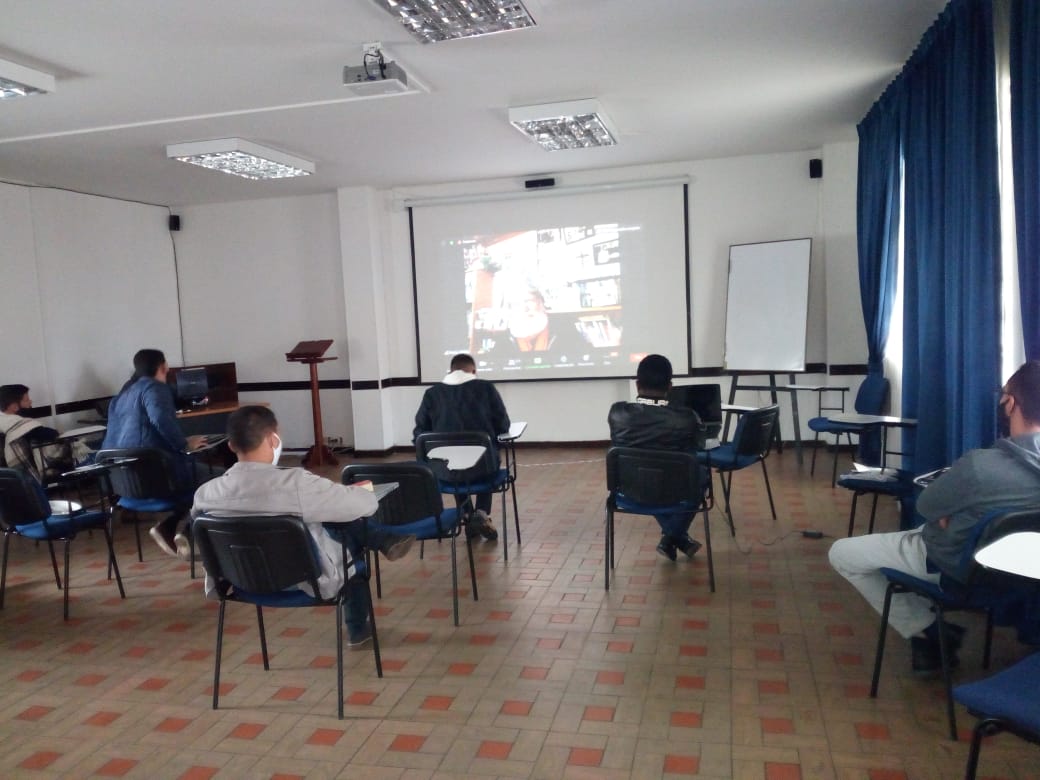 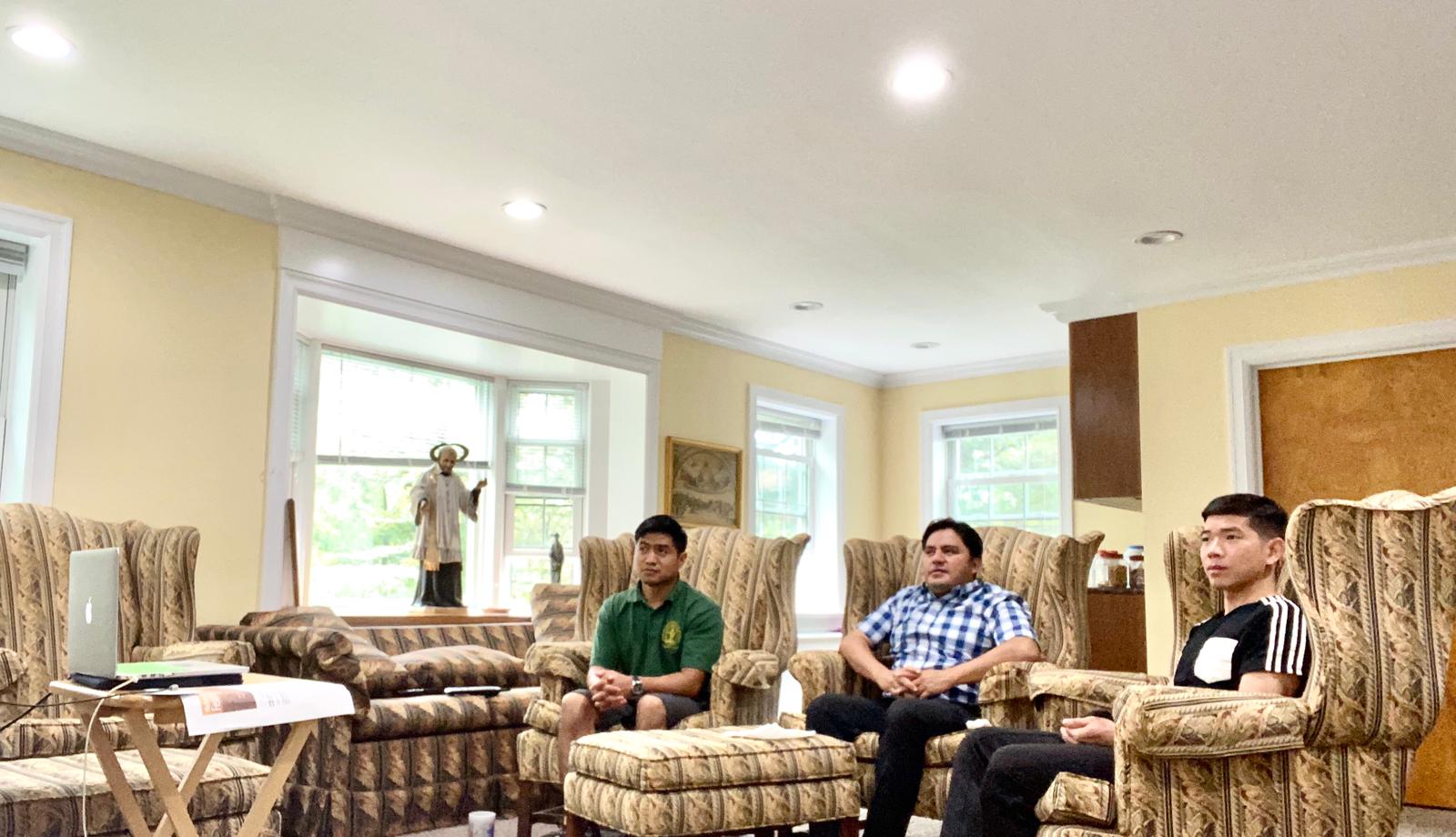 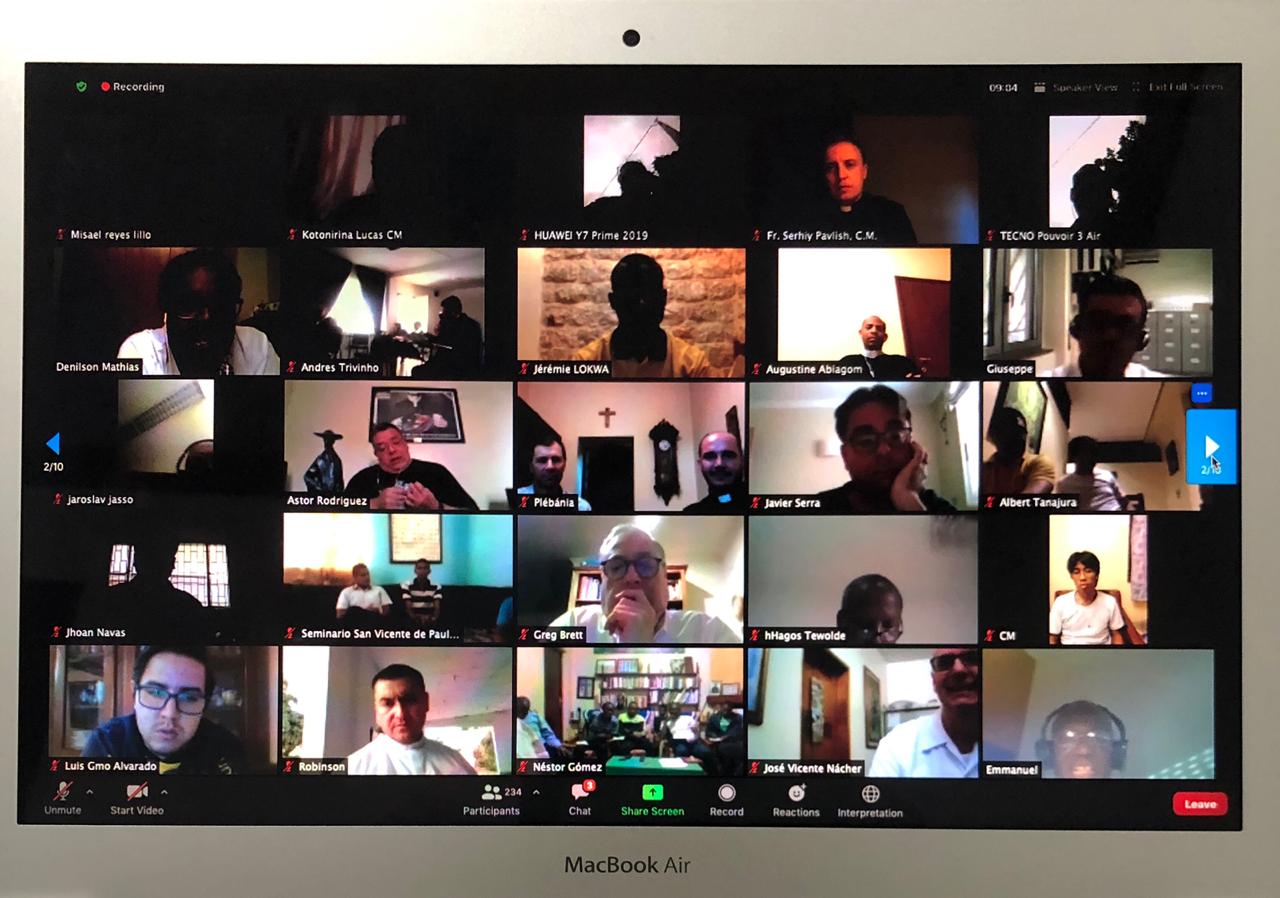 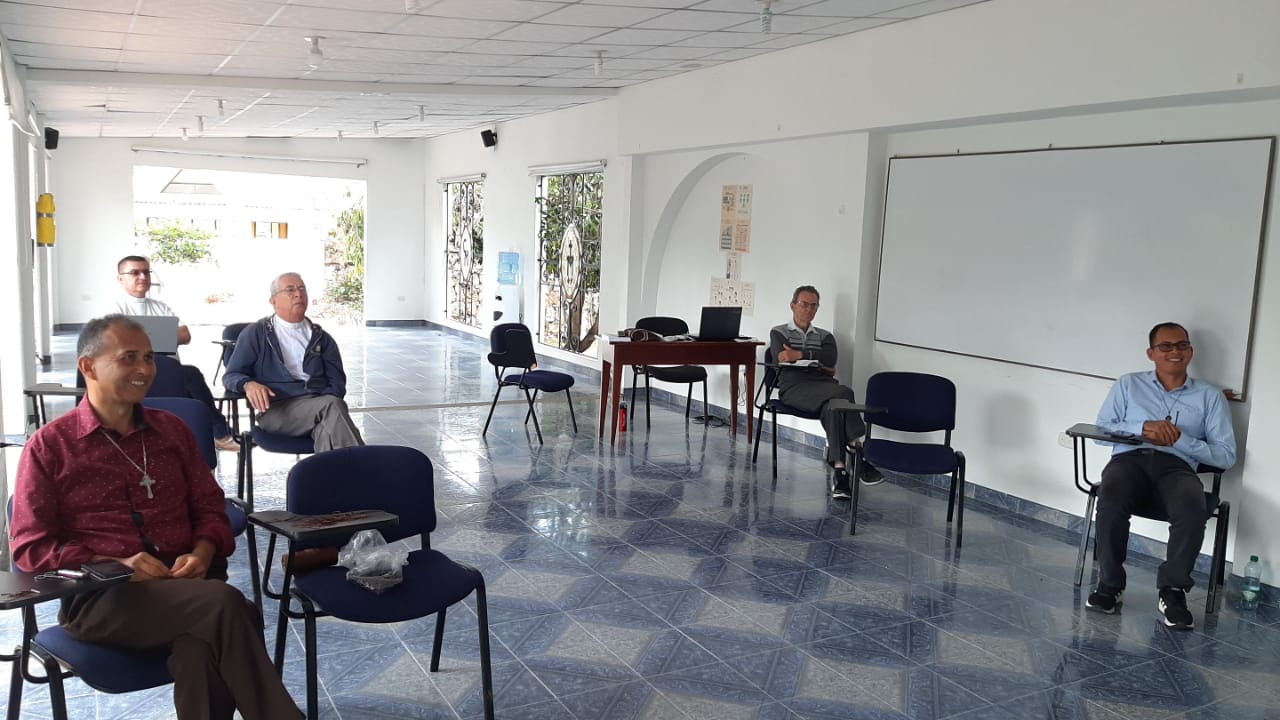 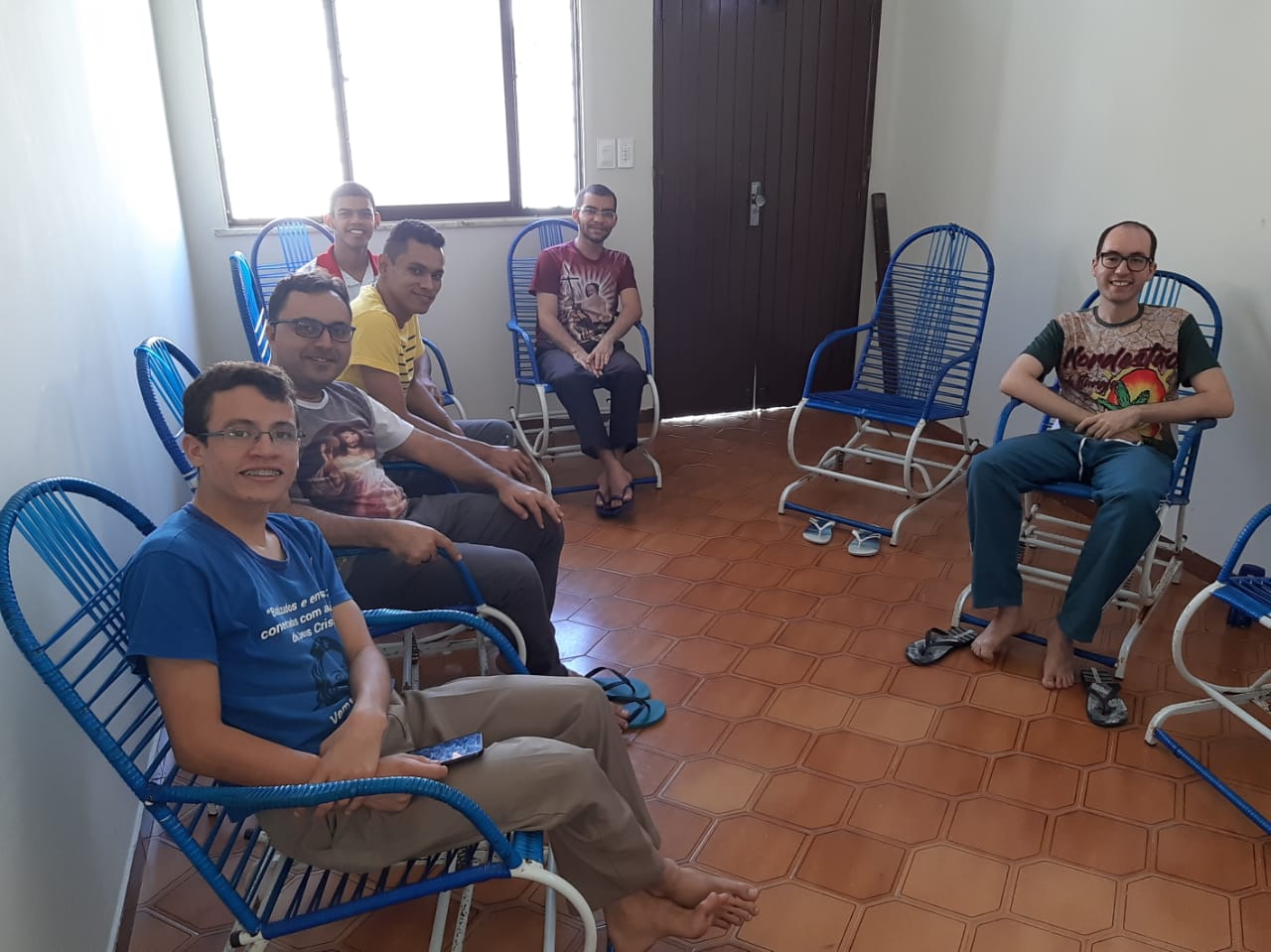 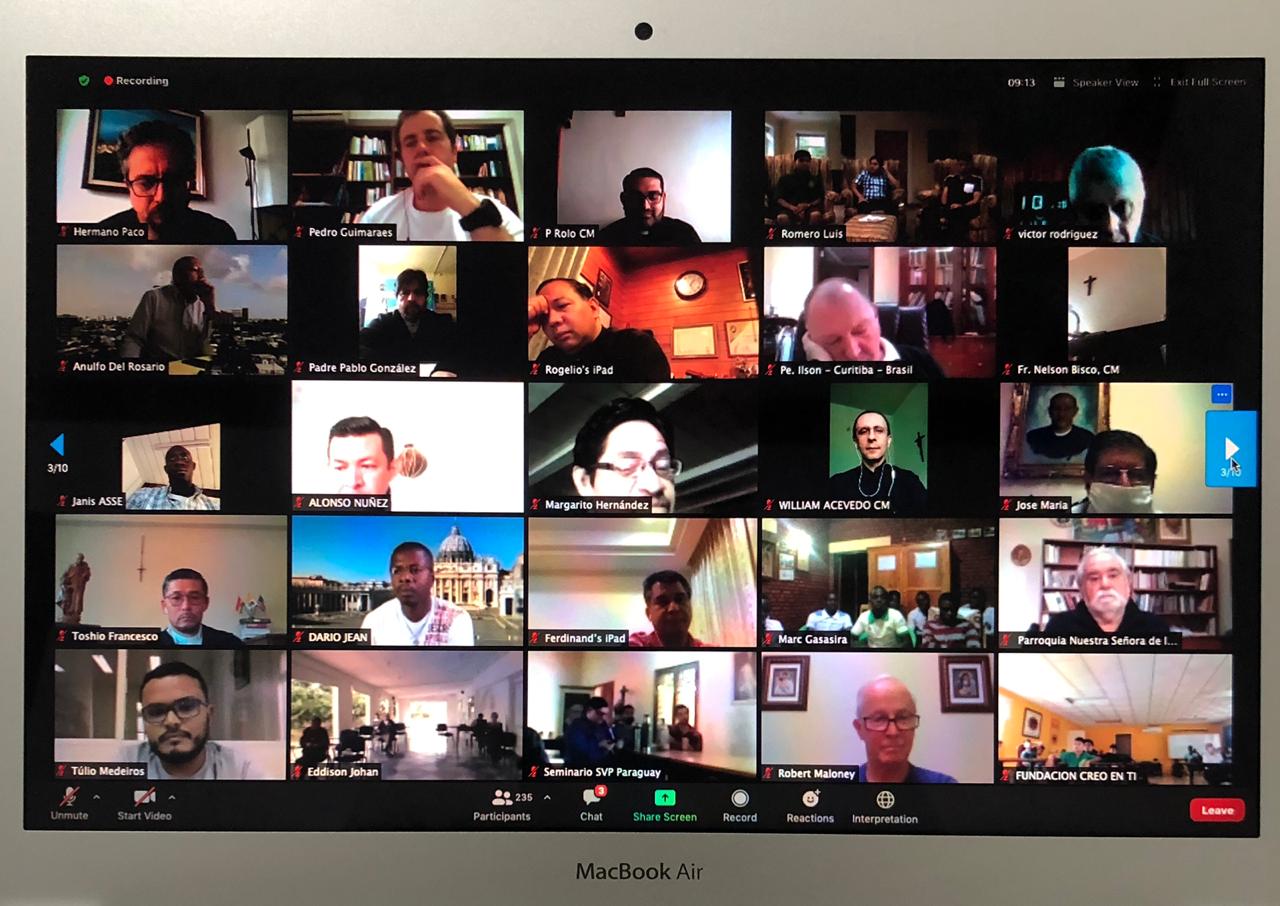 The pandemic of COVID-19 could not overshadow the fraternal atmosphere with which the Congregation of the Mission began the Vincentian month.

This Tuesday, September 1st, when the clock struck 5:00 pm in Rome, the first edition of the Missionary Vocation Festival began. This was an initiative convoked weeks ago by the Superior General, Tomaž Mavrič CM. Fr Tomaž with led the opening of the Vincentian celebrations of this month and the vocational sensibility of the whole Congregation of the Mission was sought to be mobilized.

Further, the meeting which was held virtually through Zoom was attended by more than 300 people from the five continents: Missionaries, students, seminarians, those in formation and young people in discernment.

The community of the General Curia in Rome was responsible for the animation of the festival and also interacted as masters of ceremony presenting the speakers and testimonies.

Seminarians from various provinces delighted our hearts with their musical talents: the first were the seminarians of the Polish Province, then Jean Baptiste Ging a student from the French Province who using the inspired motto “Our vocation consists in going, not to a parish, not just to a diocese, but to the whole earth” (ES XI, 553), composed a song befitting for the missionary call of the Superior General and the occasion. Next, was Ângelo Cacilda Macamo a student of the Vice-Province of Mozambique who also presented a rap style song. To finish the event, the seminarians of the Vice-Province of Costa Rica lighted up our hearts with the well-known song: “The Heart of St. Vincent de Paul”. 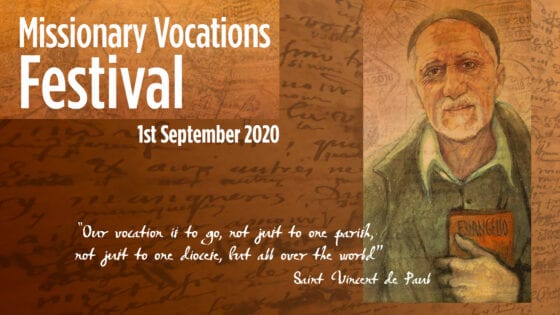 As the festival progressed, four missionaries shared their missionary experiences from their respective places of missions. Starting with Father Toshio Francesco, we were privileged to hear all about his work in Bolivia where he is currently on mission. Fr Toshio is the first Japanese Vincentian, belonging to the Western Province of the United States. Then followed Fr Yohanes Berchmans who is currently on mission in Indonesia. Next in line was Brother Jorge Barrera. Br Jorge is from the Province of Colombia and his missionary testimony served to remind us of the importance of the vocation of the brothers in the Little Company. The last testimony came from Father Pedro Opeka, CM, who narrated his encounter with the poor of Madagascar since 1970 and his motivation for the missionaries to be a family wherever we are. He also invited the young people not to be afraid to respond to the call to the missionary vocation.

Next in the agenda was the presentation of the book “Where God Wants Us” written by Fr Rolando Gutierrez, CM of the Vice-Province of Costa Rica. Fr Rolando who a few days ago had published this work informed us that the work will soon be published in English and other languages. The core theme running through this outstanding work of his is the theme of Vocational Culture, read from the charism of St. Vincent de Paul: “I speak to you about vocational culture read from the heart of the Vincentian charism. …that allows us to revitalize the missionary mysticism with a sensibility like the one that moved St. Vincent to follow Jesus Christ, evangelizer of the poor, and that ends up turning us all into callers.

The festival moved on with an interview conducted by Fr Tomaž Mavrič, CM the Superior General. Fr Tomaž interviewed Cardinal Luis Antonio Tagle who was present in the festival and had visited the General Curia in July. The Cardinal shared his admiration for the Congregation of the Mission for its missionary service and its contribution to the formation of the clergy and laity. The Cardinal concluded by giving his support to the 1% missionary call campaign and this is what the Cardinal had to say to us:

“With all my heart I support this 1% Campaign, so that we may have a constant flow of Vincentians, especially those ordained to the mission ad Gentes.  This is an invaluable work and it is a way of giving witness to a fragmented world. Because for us, the love of Jesus makes us brothers and sisters to each other.  Even in a foreign land, I can find a home, because I have brothers and sisters in Christ.  Coming together from different countries to people and finding a home in another country is a testament to God who is love, and who became incarnate in Jesus Christ. And you are also called the Congregation of the Mission. You can say that you miss your home when you leave your own home when you go to another land. But for you, you make the place where you arrive another house, because you will always find the poor to love them, to serve them, you will always find Jesus. So please let the 1% become 2% or 3% depending on God’s action and also on your availability.  Please let us support the campaign,”.

The Missionary Vocation Festival came to an end with the launching of the 1% campaign by the Superior General. Father Tomaž, who, from the beginning of the Festival, wore a white T-shirt with the name of all the cities where there are ad gentes missions, explained the campaign in these terms:

“The Congregation has been missionary since its foundation, and with the campaign of 1% we seek to encourage the departure for the mission, but in addition, we also wish to recover the reflection on the meaning of the Missionary Spirit in the Congregation, and to recognize that our missionary dimension is not limited only to the International Missions, but it extends to the missionary regions that have taken on many provinces, and that the presence of missionaries outside their countries of origin obeys the response that a given province makes to a need for a bishop or a particular church, but also corresponds to the call of the Church to go on Mission Ad Gentes”.

The Superior General also pointed out a series of signs that the Communications Office of the General Curia has prepared to motivate this campaign, including posters, T-shirts like the one he was wearing, the logo of the 1% stamp, and the new website: