Chronicle of 12 July of General Assembly 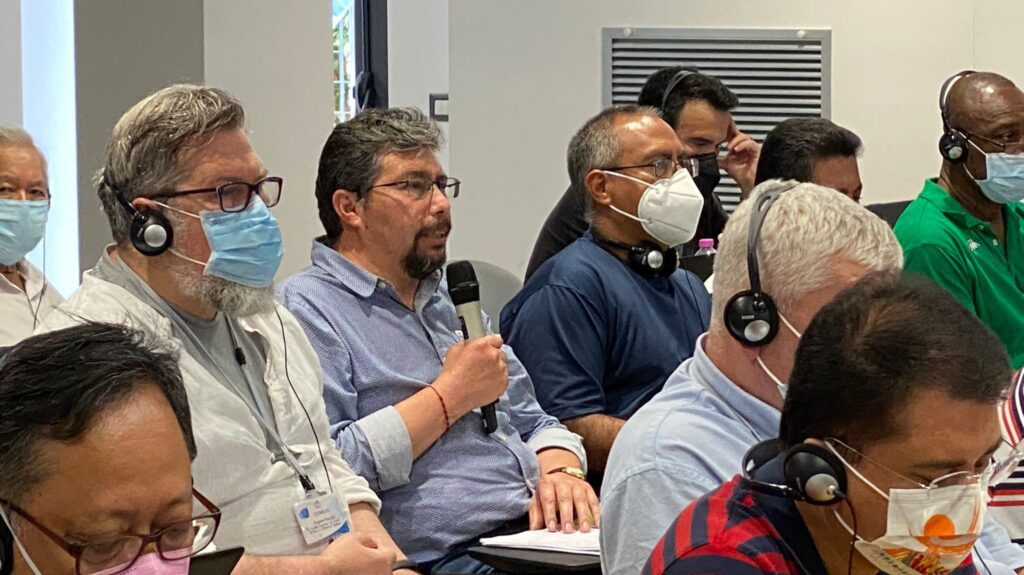 After the celebration of the Eucharist, presided by confreres from the Congo, we gathered together at 9:30 hours in the Merry Del Val Assembly Hall. The session began with the invocation of the Holy Spirit.

Father Tomaž Mavrič, and Father Giuseppe TURATI, made some announcements. The Indonesian Province projected a video narrating the arrival of the first missionaries to that country and describing the present ministries of the confreres. Then, the secretary of the Assembly read the Minutes from July 11 which were approved unanimously.

Commitments and priorities of the Congregation: the Commission has attempted to be faithful to the ideas that have been presented by the delegates. The concretization of these priorities will be discussed in continental groups today and tomorrow.

Many other comments and suggestions were offered, and these will be incorporated into the final document.

In the afternoon the delegates met in continental group to continue the process of concretizing the priorities that are being set forth in the Final Document.

Thus, another day came to a conclusion.