Chronicle of 13 July of General Assembly 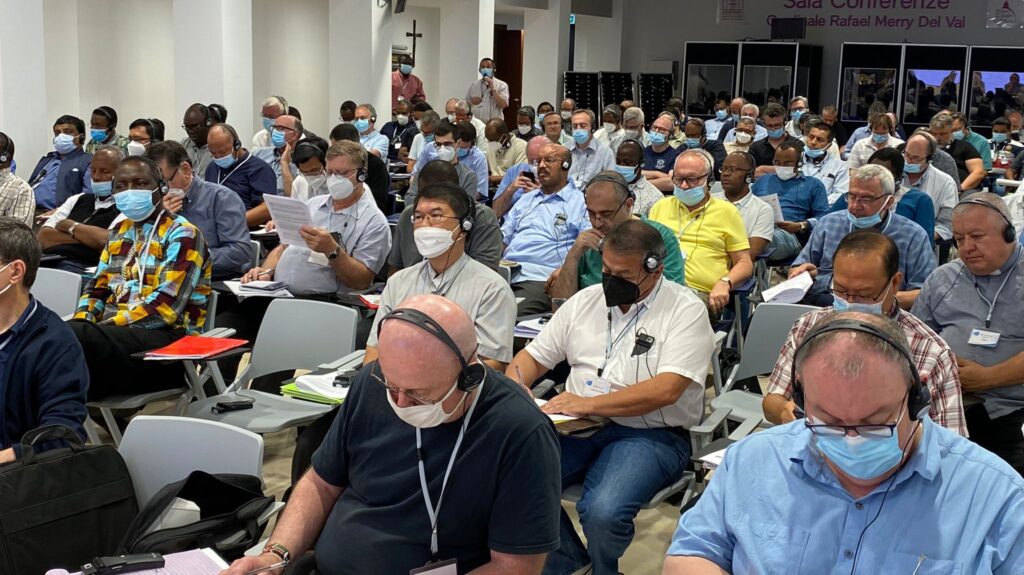 After celebrating the Eucharist in the chapel, the delegates gathered in Merry Del Val Assembly Hall at 9:30 hours. Moderator of the session: Father Patrick McDEVITT.

The moderator welcomed Father Erminio ANTONELLO who joined the Assembly. He had been in quarantine in the Provincial House for several days because of symptoms compatible with COVID-19. The delegates greeted him with an applause; congratulated Father Richard Offong on the 16th anniversary of his ordination and also announced that Father Bartosz PIKUL was leaving the Assembly in order to be near his mother who is infirm and elderly. Lastly, the moderator communicated the gratitude expressed by Father Robert MALONEY to all of those individuals who collaborated in the publication and the distribution of his book:  A Hidden Treasure: the Bothers in the Congregation of the Mission.

The afternoon session began at 15:30 hours and Father Giuseppe Turati provided some details about tomorrow’s audience with Pope Francis at the Vatican.

A video was presented about the first missionaries in Vietnam, the various ministries of the confreres, the progressive development of vocations and the extension of its ministries.

The secretary of the Assembly represented the Minutes of July 12th which were approved unanimously.

The secretaries of the various Continental Groups presented their conclusions to the delegates.

After the break, the moderator announced that the delegates would now conclude the work of discussing and voting on the Postulata and Decrees presented to the Assembly. The remainder of the afternoon was spent on this task.

The session came to an end with the liturgical celebration of evening prayer.