Conference of Visitors of the United States – NCV

In 1978 the five Visitors of the United Sates formed an association that was called the Vincentian Conference.  During those early days of the Conference there was discussion about interprovincial collaboration in the following areas: formation, vocational promotion, seminaries, rural ministry and an exchange of personnel.

During the 1979 meeting that was held in Los Angeles, California, the Visitors of the United States reviewed and approved Statutes for the Vincentian Studies Institute.  Father James Richardson, CM (superior general during that era) requested the Visitors of the United States to take responsibility for the translation of the complete works of Vincent de Paul from French to English.

From the beginning of this Conference until 1992, the Visitors met annually; then, with the inclusion of the five Visitatrics of the Daughters of Charity, the meetings were held twice a year.

Some other initiatives of this group include: a common Internal Seminary, exploring their relationship with CLAPVI, meetings of the formation teams, formation of formators, and a national convocation.

This Conference is composed of the Visitors from the following provinces: Eastern USA, Western USA and New England. 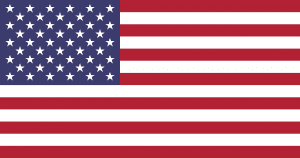