International Vincentian Network for Justice, Peace and the Safeguarding of Creation. Meeting of the Provincial Delegates of the Americas.

Between July 22nd and 26th, the provincial delegates (province, vice-province and region) of the Americas met in the provincial house in Bogota, Colombia. Among the purposes of this meeting were the official establishment of the Network in the Americas, the revision of the basic document, choosing the continental coordinator, deciding on a common doctrinal and operational framework and creating a space for formation with regard to the JPIC and Political Advocacy as a ministry in the Church (especially in light of the pain and suffering of so many people at the present time in our history).

Our meeting followed the lines of action of the final document of the 2016 General Assembly, in which the Congregation of the Mission expressed its call to “Participate in commissions of Justice, Peace and Integrity of Creation, in coordination with civil and ecclesial organizations and our representation at the United Nations, denouncing violations of the rights of people and communities”(AG16 Lines of Action and Commitments, 3rd part.). This commitment was assumed by the Superior General and his council when they created this network in 2017. It was also implicitly ratified at the last Visitors meeting in Manila 2019.

During the week there were different organizations and people who, with their presentations, developed the most significant aspects of the ministry of political advocacy in order to move forward with an agenda that is capable of “breaking the vicious circle of misery” (Cf. VD 107) and taking care of our common home. During the time of our gathering we were able to clearly reflect on some of the essential issues the flow from our charism and thus able to rekindle our commitment to engage with the poor in their struggle to escape the bonds that enslave them.

It is important to highlight the presence in this meeting of Teresa Blumenstein, the coordinator of the Justice Coalition of Religious at the UN (JCoR). We, as founding members of the coalition, have been invited to participate in the training workshops and in the campaigns that this coalition will be developing in Latin America and in other regions of Africa and India during the coming months.

During our dialogue, it was very clear that being a Vincentian today implies taking ownership of that which the Congregation of the Mission has done in recent decades to reinterpret our identity and mission. Thus we reflected on themes such as collaboration and solidarity, the meaning of the Vincentian Family and Systemic Change, elements that are strengthened and complemented today by this Vincentian International Network for Justice, Peace and Integrity of Creation (VIN-JPIC). The other element we need to add to this list is our common commitment to place ourselves beside those who are homeless.

Rereading our constitutions in these “exciting but complex times” and from the context of the crisis of community commitment and the weakening of the sense of human responsibility, we have to ask ourselves: what does God want from us and where does God want us to go? These elements help us to make our participation in the condition of the poor real and they also help us to incarnate ourselves into their reality and to listen to their cries and to give a new dynamism to our missionary passion (Cf. C. 12).

As a result of this reflection, the VIN-JPIC delegates of the Americas sent a letter to the visitors and the confreres of the continent asking them to support this new initiative and that to join with us (according to their possibilities) in the future initiatives and discussions. We know that in responding to this call there is an opportunity for continuous renewal to respond more effectively to our charism and to commit ourselves more and better in the fight against the exclusion of the poor and to do this in partnership with the laity and in the existential environment of the Vincentian family.

On the last day of the meeting and in a family atmosphere, the delegates unanimously chose those who will animate this Network in the continent: Edson Friedrichsen CM (Curitiba), Aidan Rooney CM (Eastern US) and, as Coordinator, Brother Stuardo Marroquín CM (Central America). These three confreres have the mission of encouraging delegates to fulfill the objectives of the Network throughout the Americas and the Caribbean. This work is carried out in full communion with other networks that will be established in the other provincial conferences in the following months. We also hope to join the many social and ecclesial networks that carry out activities related to our objectives.

The next meeting of delegates will be held in Nigeria for the African provinces on September 23-27, 2019. After the coordinators of COVIAM, CEVIM and APVC are named and with the international coordination of the network that is done from our office at the UN we hope that this VIN-JPIC process becomes a bridge of communion and an element of vocational re-enchantment at all levels.

We are certain that St. Vincent de Paul accompanies us on our journey and helps us to respond with creative fidelity to the cries that arise from some many areas in the world. Together we have committed ourselves to communicate this good news and to continue with the defense of justice, the global transformation, the commitment to the poor and the effective application of systemic change in everything we are and do. We hope that JPIC will become a central line of animation, prophecy, formation, collaboration and vocational animation in our daily life in the provinces everywhere. 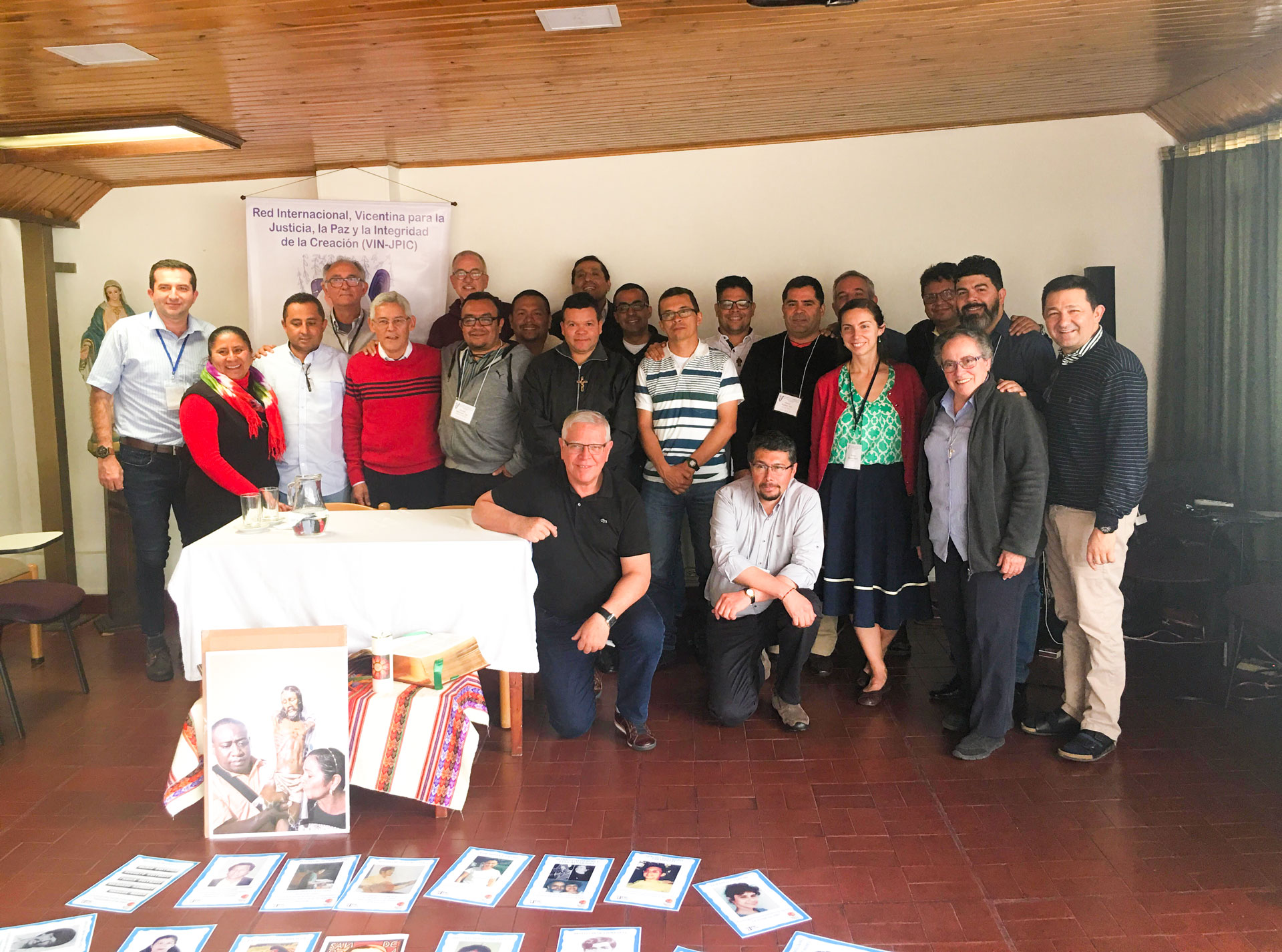 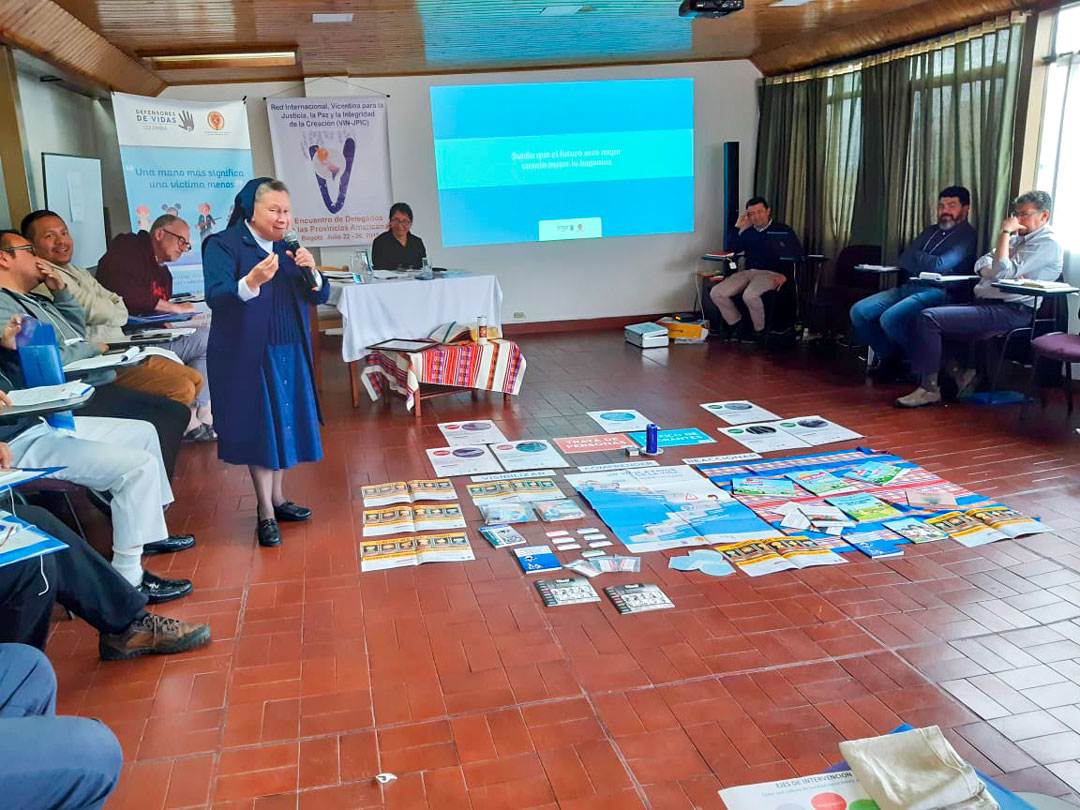 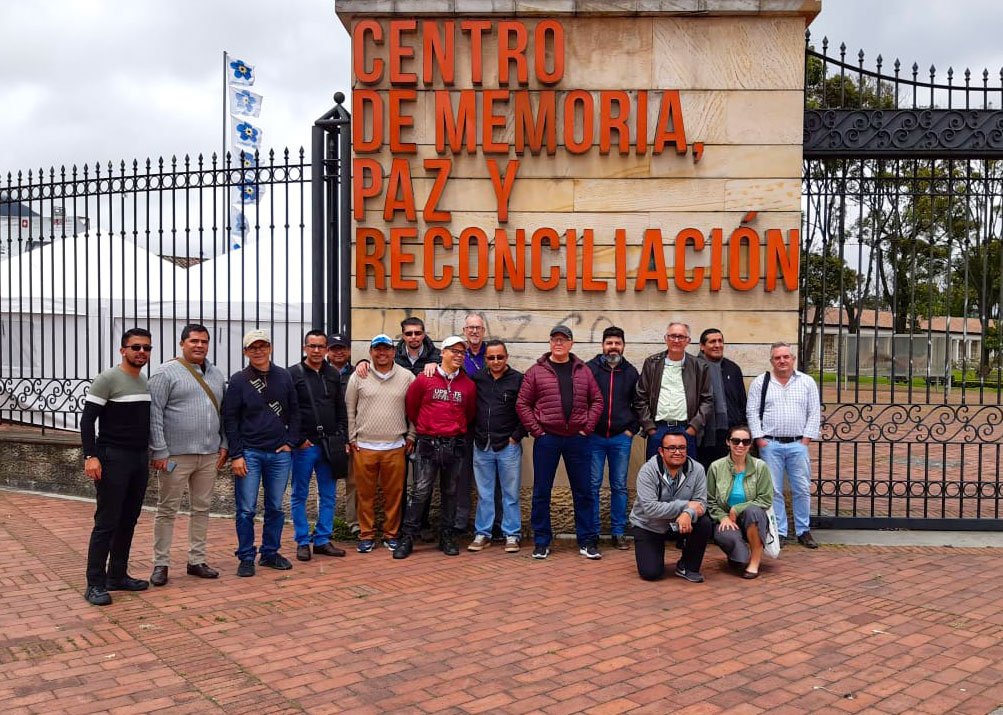 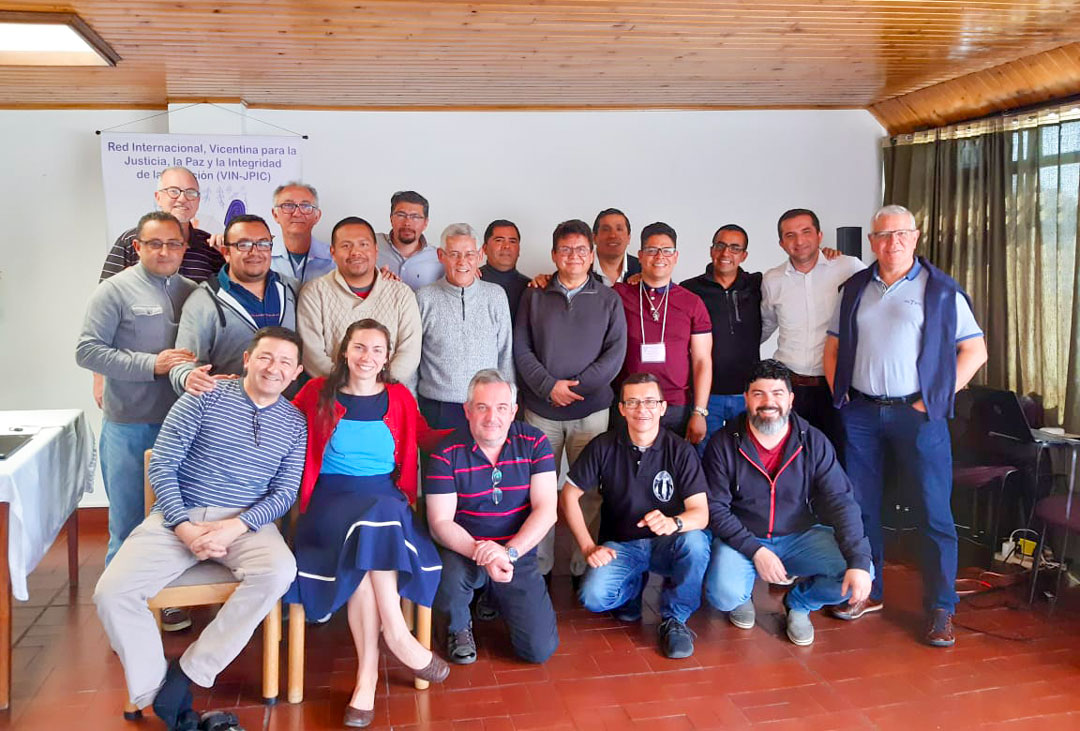 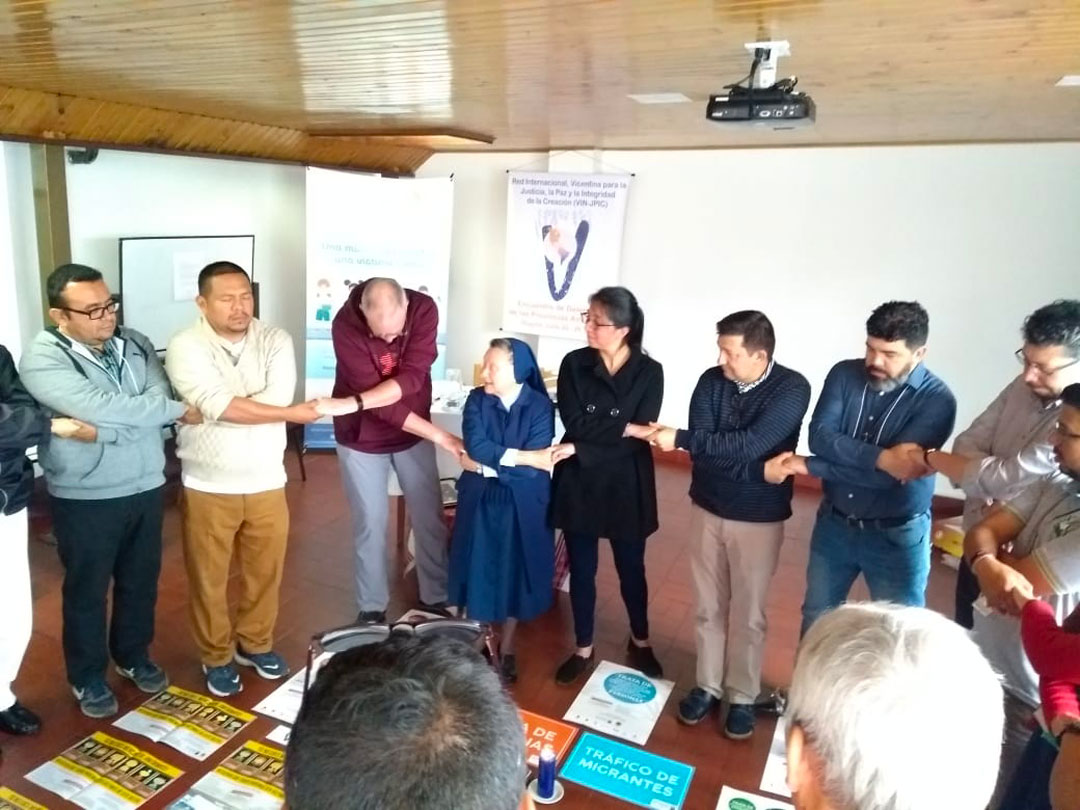 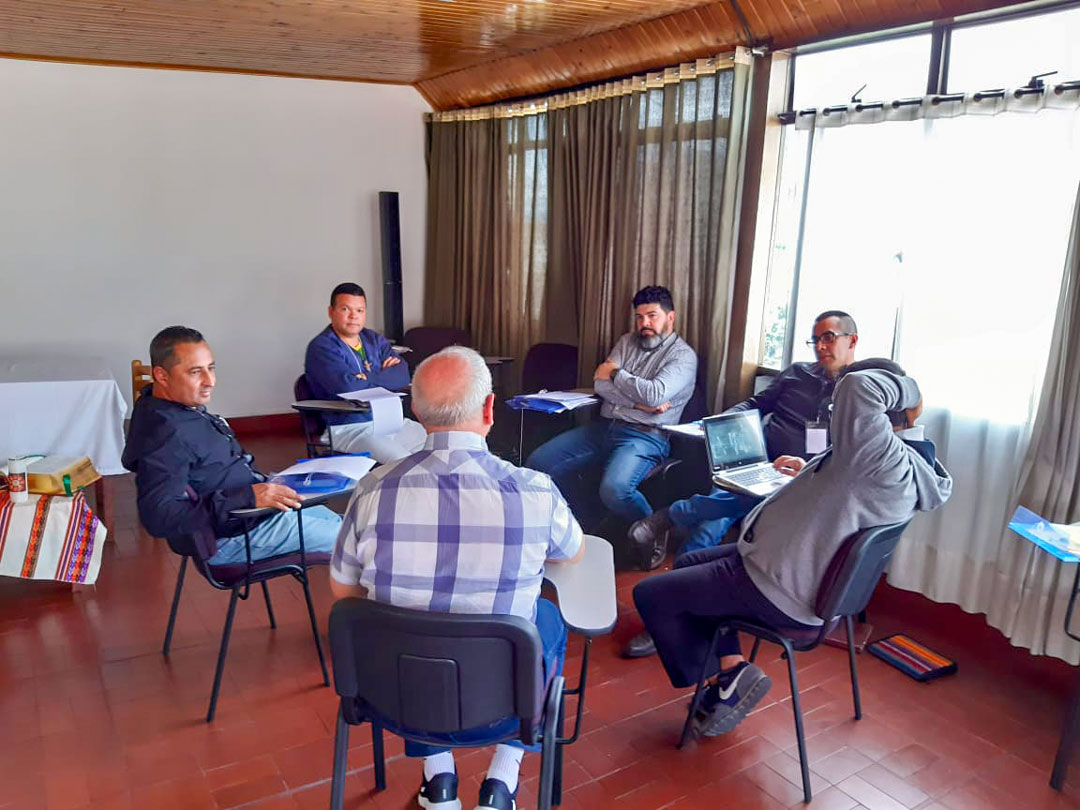