Announcing the XLIII General Assembly of the Congregation of the Mission

May the grace and peace of Jesus be always with us!

It is with a heart full of joy and hope and with overwhelming expectation for the fruits of the Spirit, that I am announcing today the theme for the 43rd General Assembly of the Congregation of the Mission, that will take place from 27 June to 15 July 2022, presently planned to be held at our Motherhouse in Paris. 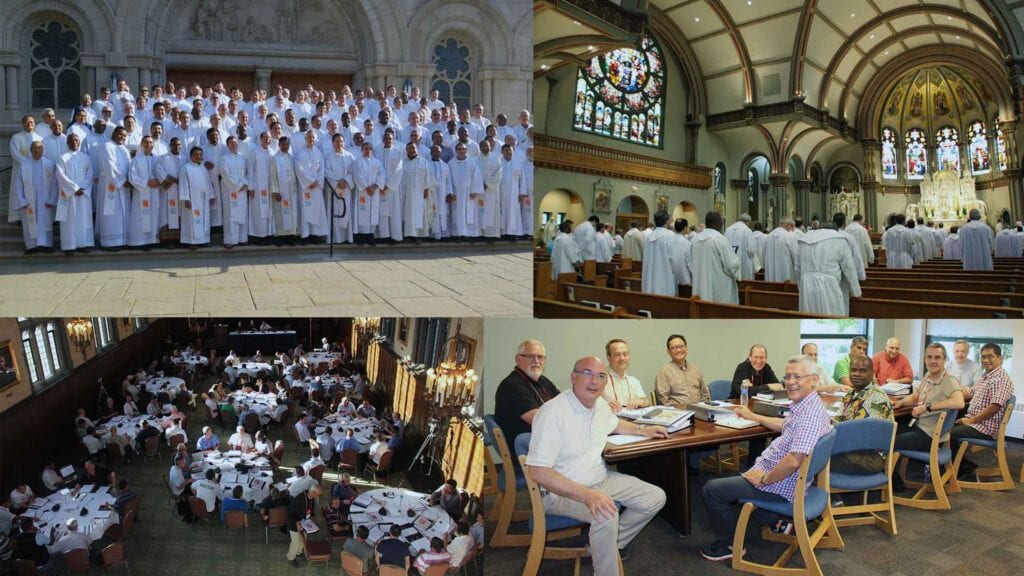 In the case that, by June 2021, the members of the committee coordinating the renovation process at the Motherhouse inform us that they will not be able to finish the work prior to the Assembly, we will look at other options based on the recommendations given to the General Council at the CM Visitors’ Meeting in Manila, Philippines in June 2019.

The theme of the 43rd General Assembly is:

Revitalizing our identity at the beginning of the 5th century of the Congregation of the Mission.

The process for choosing this theme began at the CM Visitors’ Meeting in June 2019 in Manila, and continued in reflections at different General Council meetings until our most recent March Tempo Forte meeting. At that time, the members appointed to the preparatory committee for the General Assembly came to the General Curia to start preparing the documents to be sent to the confreres in preparation for the Assembly. This included coming up with the final wording of the theme that would reflect, in the best possible way, what we see as our present reality, our strengths and challenges, dreams and priorities at the dawn of the 5th Century of our Little Company.

The preparation for the General Assembly is, of course, not just the responsibility of the preparatory commission. It is working very hard to involve every single confrere in the process of preparing the Documentum Laboris, which will be used as basis for our prayer, reflection, and sharing in order to arrive at a concrete plan of action for the next six years during our General Assembly. Every one of us also has the responsibility to become actively involved throughout these two years prior to the General Assembly.

Dear confreres, I would like to encourage each one of us to take a very active part in the process of preparation toward our General Assembly in June 2022. I would also like to encourage all the Local Superiors, Visitors, Regional Superiors, and Superiors of the International Missions to take as much time as needed and to prepare the necessary space at your Local Assemblies, as well as Provincial Assemblies, to come up with well prepared responses to the questionnaire each one of us is going to receive for study. Through prayer and personal and community reflection, we hope to help each member of the Little Company dream together Jesus’s dream for the Company at the dawn of the 5th Century.

In my letter of 25 January 2020, I asked all of us to “mobilize prayer” in preparation for the next General Assembly. I would like to repeat that call at the personal, communal, Provincial, Regional, and International Mission level. May this mobilization of prayer extend also to all the other members of the Vincentian Family, as well as all other persons we can ask for prayers.

The preparatory commission will send us a prayer prepared specifically for the time of preparation for the General Assembly to be prayed every day. However, our prayer involvement does not need to be limited just to this specific prayer. With our imagination and inventiveness, we can add new forms of prayer at the different levels within the Congregation, as well as involving other members of the Vincentian Family, other Congregations, Lay Associations, parishes, schools, social centers, seminaries, retreat houses, dioceses, deaneries, where we serve, etc. to help us through their prayer for our Assembly.

Through mobilizing prayer, trusting totally in Providence, getting wholeheartedly involved at the different levels in the process of preparation for the General Assembly, we can hope with all humility for a “new Pentecost” for our Little Company!